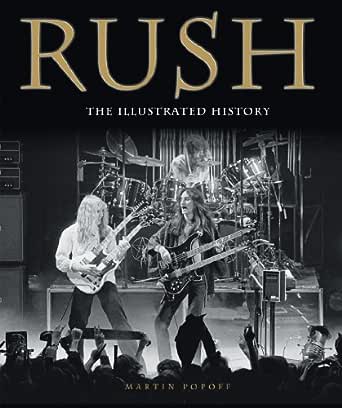 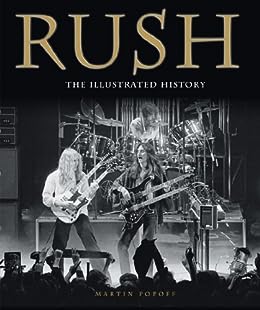 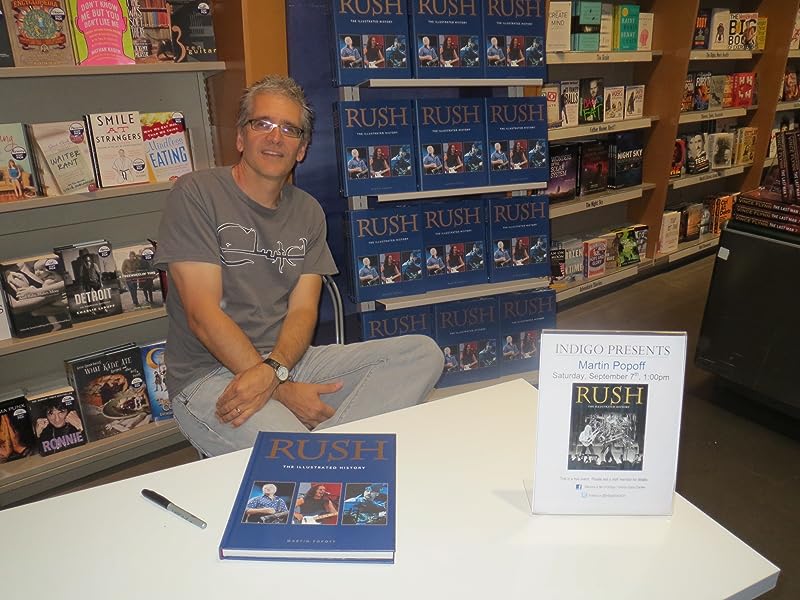 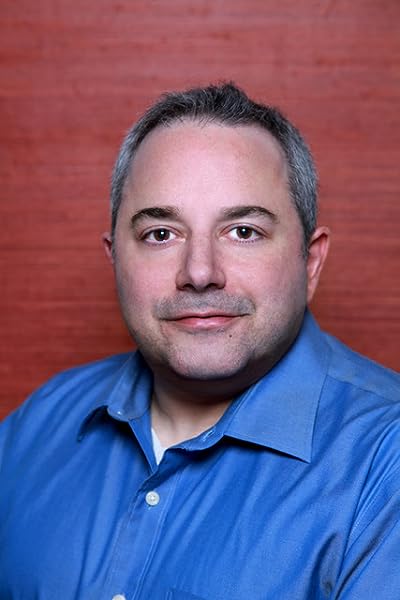 "Voyageur Press, in association with Quayside Publishing, has done it again. With the release of their latest book, "Rush: The Illustrated History," Voyageur Press continue upon the success of their high-quality products ("The Ultimate Illustrated History of" Iron Maiden, Aerosmith, AC/DC) with some of the most insightful information and eye-catching photos.” - Record-Journal

“Undoubtedly 2013 will go down as a banner for the band, and Rush: The Illustrated History is a well-timed companion piece sure to please.” - Vintage Guitar

“Popoff’s book is a brilliant catch for Rush aficionados, like your reporter, and newbies alike. For those of us who know the band, the worth of Popoff’s work lies in the details.” - Caught In The Carousel blog
“The result is a visually stunning and authoritative review befitting the rock band with one of the world’s most devoted fan bases...” - Music Connection
--This text refers to an out of print or unavailable edition of this title.

Now, for the first time, Rush is treated to the epic visual celebration they so richly deserve!
In this beautifully designed, richly illustrated history, prolific rock journalist and noted Rush authority Martin Popoff follows the world-conquering exploits of Geddy Lee, Neil Peart, and Alex Lifeson from the band’s formation in Toronto more than four decades ago to their 2012 Clockwork Angels release and subsequent world tour. Popoff’s stellar history is complemented by LP reviews from a slate of highly regarded music writers, a thorough discography compiled by the author himself, and more than 400 photographs and articles of memorabilia, running the gamut from candid backstage images and live performance photography to picture sleeves, gig posters, period print ads, ticket stubs, backstage passes, and more. The result is a visually stunning and authoritative review befitting the rock band with one of the world’s most devoted fan bases.
MARTIN POPOFF has been described as “the world’s most famous heavy metal journalist.” He has penned 40 books on hard rock, heavy metal, and record collecting and has also worked in film and television, his most recent projects being Rush: Beyond the Lighted Stage and VH1’s Metal Evolution. He lives in Toronto with his wife and son.
--This text refers to an out of print or unavailable edition of this title.

At approximately 7,900 (with over 7,000 appearing in his books), Martin Popoff has unofficially written more record reviews than anybody in the history of music writing across all genres. Additionally, Martin has penned 57 books on hard rock, heavy metal, classic rock, and record collecting, including 2004’s Contents Under Pressure: 30 Years of Rush at Home and Away, Rush: The Illustrated History, and Rush: Album by Album. He was Editor In Chief of the now retired Brave Words & Bloody Knuckles, Canada’s foremost heavy metal publication in print for 14 years, and has also contributed to Revolver, Guitar World, Goldmine, RecordCollector, bravewords.com, lollipop.com and hardradio.com. Martin has been a regular contractor to Banger Films, having worked on the award-wining documentary Rush: Beyond The Lighted Stage, the 11-episode Metal Evolution, and the 10-episode Rock Icons, both for VH1 Classic. Martin currently resides in Toronto and can be reached through martinp@inforamp.net or www.martinpopoff.com.