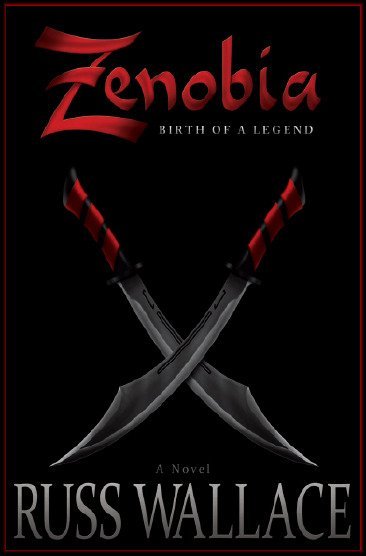 Russ Wallace is an avid student of history and religion. Zenobia, one of the deadliest and most fascinating women of history, comes to life in his series about her.

Russ is working on future releases in the Zenobia Book Series. Additionally, he is writing Deluge, a historical novel about the pre-Flood society, Noah, his family, and the cataclysmic end of that world.

Book one, Zenobia - Birth of a Legend won an IPPY award in historical fiction 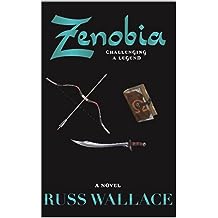 Zenobia - Challenging a Legend (Zenobia Book Series 2) Nov 16, 2015
by Russ Wallace
( 3 )
$9.99
After winning the famous Alexandria horse race, Zenobia, a young Syrian warrior and an aspiring scholar, assumes her life will return to normal. Wrong!
A tumultuous romance develops with her instructor, widely considered the most brilliant academic on earth. Unknown to her, an enemy plans to kidnap Zenobia for his harem. The hired mercenaries never suspect their intended victim is a deadly warrior. The attack is thwarted, but the Syrians are alerted to a slave trade in young girls.
Meanwhile, a Nubian princess has been captured by the slavers. She struggles to survive in the dangerous situation while she seeks a way to escape. Can she succeed?
When a second kidnap attempt is made on Zenobia, the last attacker escapes. She has to run him down to save her family. Thus begins an epic chase on horseback across the desert in the dead of night. It culminates in a shocking revelation that threatens her very future.
Circumstances now force Zenobia into roles for which she is untrained. As she meets the challenges, she begins to unleash her strategic genius, which will one day raise her to the pinnacle of her world.
Read more
Other Formats: Hardcover 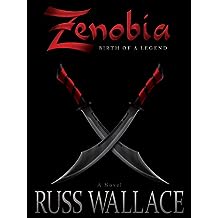 Zenobia - Birth of a Legend (Zenobia Book Series 1) Oct 21, 2011
by Russ Wallace
( 3 )
$9.99
Young Zenobia dreams of becoming a warrior, a serious problem for a girl born into a male-dominated desert tribe. She has been forced to hide her gender to preserve her life. Her deception is unmasked, leading to an incredible turn of events.

Her wise mother envisions a different life for her daughter - that of a scholar - and takes her to Egypt for an education. Here a conflict of desires surges in Zenobia, for she finds that she loves both paths. As she feeds an emerging hunger for justice, the stirrings of a future political and strategic genius begin to manifest themselves. Growing into young womanhood, Zenobia feels an awakening attraction to two very different males - a vibrant young warrior from her own tribe and a brilliant bachelor scholar whose analytical mind cannot help from feeling romantically drawn to the most intriguing female he has ever met.

Meanwhile, Zenobia learns of the annual horse race in Alexandria. She decides to enter her powerful mare against the highly-bred stallions of the East. The power of a legend influences the surprising course of the contest to its thundering conclusion.
Read more