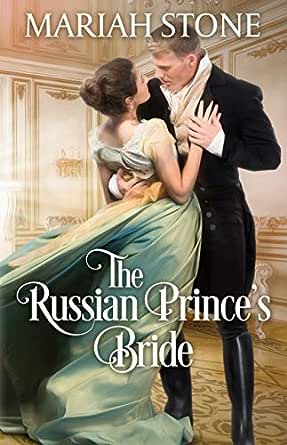 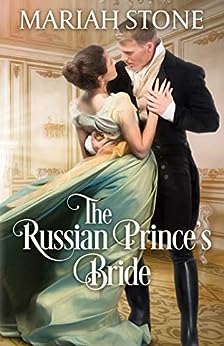 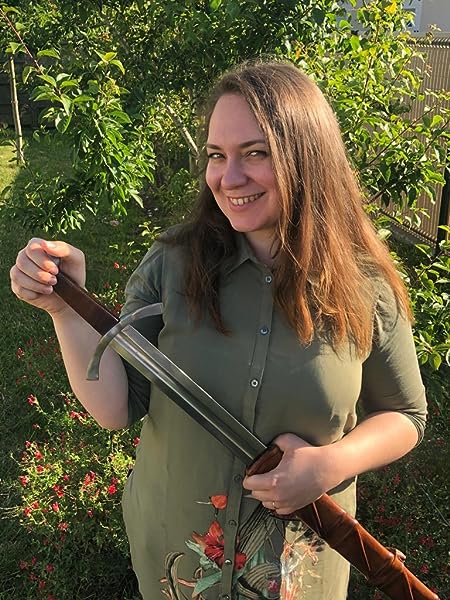 ⭐⭐⭐⭐⭐"DELIGHTFUL story that will have you smiling and swooning." ⭐⭐⭐⭐⭐"WONDERFUL heartfelt romance"⭐⭐⭐⭐⭐"I was HOOKED from the first sentence."⭐⭐⭐⭐⭐"A well written story that will keep you ENCHANTED from start to end."⭐⭐⭐⭐⭐"The description of the city in its winter glory is BREATHTAKING."

Married and happy
4.0 out of 5 stars Great story!
Reviewed in the United States on June 1, 2020
Verified Purchase
I enjoyed this story--the pacing, the well-described characters, and the very real locations/landmarks in St. Petersburg. Descriptions of sex were pretty moderate in heat. The HEA came rather suddenly.
There needs to be more attention paid to sloppy typos.
Read more
One person found this helpful
Helpful
Comment Report abuse

D Jones
5.0 out of 5 stars Marry a Prince
Reviewed in the United States on June 5, 2020
Verified Purchase
This is a very good book. Helen is to marry Alex but falls in love with his brother Roman instead.
Read more
Helpful
Comment Report abuse

Emily Pennington
TOP 500 REVIEWER
5.0 out of 5 stars Her Russian Prince
Reviewed in the United States on May 26, 2020
Prince Roman Lipov had always been the responsible brother, but at 18 when he visited his family who was still in England, his younger brother Alex grabbed a valuable pearl necklace. When told it was for a dancer Roman liked, Alex told him that would be impossible since their parents would never approve. When Roman insisted on getting the pearls back, Alex dropped them on the floor and crushed them. Roman grabbed the dagger Alex had previously held when he dangled the pearl necklace from the blade, tackled him to the ground, and held the dagger to his throat until 13-year-old Helen let out a scream. He gave the dagger to Helen, telling her to use it to cut out her heart because no one, not even Alex, would ever love an invisible little mouse like she was.

Lady Helen Courtney travels to St. Petersburg to marry the man she hasn't seen since she was a young girl. To her dismay, her fiancé was not there. His older brother, Prince Roman Lipov, always in control and always putting duty to country and family first, takes it upon himself to show her around and attend events with her while they look for the missing Alex. But as they stay in each other’s company, passions flare as they begin to fall in love. By the time Alex returns, the three of them will have to have an honest talk and made some possibly difficult decisions. Will Helen marry the man she now loves? Or will she return home with neither man?
Read more
One person found this helpful
Helpful
Comment Report abuse

LOL64
5.0 out of 5 stars A great read.
Reviewed in the United States on May 27, 2020
Prince Roman, the Ambassador’s son and Heir, was brought up in Russian boarding schools but, visited his family in England every summer. His brother Alex stayed with his parents in England. They have misconstrued ideas about each other’s lives which cause animosity between them. When Helen’s sister Lily falls in love with another, breaking her betrothal to Prince Alex, Helen agrees to take her place.
Helen has loved Alex since she was a little girl, but he didn’t notice her. She travels to Russia excited to see her future husband. But when she arrives, he’s not there so it is left to Prince Roman to escort her around.
Roman can’t believe how much Helen has changed; she is now a beautiful woman who deserves much better than his brother.
As they spend time together, they are drawn together and start to really see each other for who they really are. Then Alex returns.
This was a lovely story, Roman comes across as strict and cold at first and Helen starts as a mouse but soon shows her true colours.
I voluntarily received and reviewed an ARC copy of the book.
Read more
One person found this helpful
Helpful
Comment Report abuse

daisy
5.0 out of 5 stars Enchanting!
Reviewed in the United States on May 31, 2020
Maria Stone puts her pen to paper and something magical happens! I've never been disappointed in any of Mariah Stone's books. She weaves fascinating stories around amazing, multi- dimensional characters you can't help but fall in love with or some you love to hate. This one is no different.

“The Russian Prince’s Bride” Is a beautiful love story of a young English bride traveling to Russia to marry young prince, but Helen finds her self falling in love with his brother. What's a girl to do when she finds her self in this dilemma?

You'll love the witty dialogue and the character interactions. Her imagery and descriptions bring the story to life beautifully. Mariah has the most lovely way of transporting the reader to another time and place.

Thank you so much Mariah for sharing this beautiful and delightful love story.
Read more
One person found this helpful
Helpful
Comment Report abuse

Janis
5.0 out of 5 stars A sweet, we'll written story.
Reviewed in the United States on May 30, 2020
This is the story of an orphan and a Russian Prince, well, actually, two of them! Helen grew up feeling ignored and lonely, despite being brought up in her uncle's household. A Russian royal family with two boys were frequent visitors. Roman, the serious minded brother, made a rude comment to Helen in a moment of anger that she never forgot. Fast forward to Helen's engagement to Alex, the playboy brother, after her cousin leaves him at the altar. Arriving in St. Petersburg, she finds her fiance missing and Roman, his brother, making excuses for him. The two find themselves thrown together and what seemed like animosity blossoms into a passion they try to fight. Is Helen destined to return to England in disgrace alone and forever unwanted and will Roman's feud with his brother ruin his last chance at happiness? A short but simply lovely read!
Read more
One person found this helpful
Helpful
Comment Report abuse
See all reviews