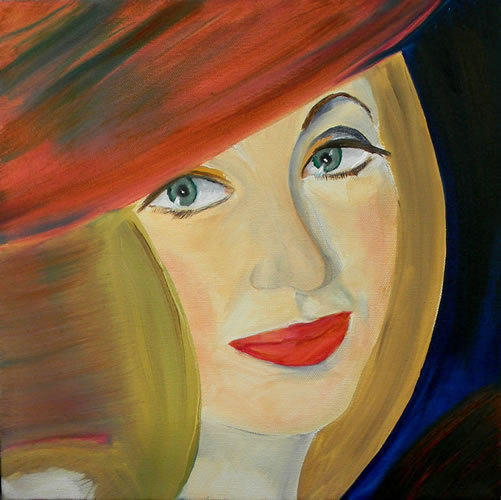 4.4 out of 5 stars
4.4 out of 5
152 global ratings
How are ratings calculated?
To calculate the overall star rating and percentage breakdown by star, we don’t use a simple average. Instead, our system considers things like how recent a review is and if the reviewer bought the item on Amazon. It also analyzes reviews to verify trustworthiness.
Top reviews

Nancy Ovchinnikov
1.0 out of 5 stars Poor quality book
Reviewed in the United States on November 18, 2019
Verified Purchase
This is a fun collection of stories in Russian and English, but the book itself is poor quality. I haven't even been able to read it and the pages are falling out from the center. Very unprofessional look to the text and book itself. Buy a different version of Russian Fairy Tales!
Read more
5 people found this helpful
Helpful
Report abuse

Scott D. Miller
5.0 out of 5 stars It was a hit!
Reviewed in the United States on August 22, 2019
Verified Purchase
My daughter is from Ukraine and she was thrilled by this books. She absolutely loved reading it.
Read more
3 people found this helpful
Helpful
Report abuse

Elena
1.0 out of 5 stars Text only - home printed version
Reviewed in the United States on May 29, 2020
Verified Purchase
Small font, looks like home printed version with loads of text and no pictures. Text book for Uni - russian fairy tales research Programm... not For kids of any age!
Read more
3 people found this helpful
Helpful
Report abuse

Sofia
5.0 out of 5 stars Love it
Reviewed in the United States on May 31, 2019
Verified Purchase
Great
Read more
One person found this helpful
Helpful
Report abuse

Amazon Customer
1.0 out of 5 stars Don't buy this book
Reviewed in the United States on January 3, 2021
Verified Purchase
Terrible quality children's book. It looks like it's printed on the cheapest possible paper, no artwork, overall horrible print quality, machine translation, this should be taken off sale
Read more
Helpful
Report abuse
See all reviews

B. I. Lord
4.0 out of 5 stars Excellent Russian stories, but don't confuse your children with the English versions
Reviewed in the United Kingdom on November 14, 2019
Verified Purchase
The Russian is a delight to read, although the "evil stepmother" theme (three of the five stories) is well-worn by the end.

The English translation is a strange mixture: some parts could not be bettered but others are a disappointment. It seems that the translator knows English well, but is not a native speaker (nor has referred to one for corrections). Writing poetically (as required here) needs a deep knowledge of the target language. Without that knowledge, the translation sounds "off". Some translations are confused: for example, красна девица (fair maiden) is translated several times as "fairy maiden", which sounds comical. Often, the "register" is wrong, using French-derived words like "abundant" and "responded", which simply aren't found in traditional fairy tales. Elsewhere, the translation is too literal e.g. a "forged trunk" instead of conventional English "iron trunk". There are a few of the usual Slavic mistakes with articles. Some of the English is from the US (not British), as is the punctuation. What is a British child expected to make of "...she escaped to the kitchen and hid behind the furnace"?

These complaints may seem churlish, but for the want of a couple of hours' correction by a native English speaker, the translation ends up as something you wouldn't want to read to your kids, so (unless you can paraphrase as you go), the chance to introduce Russian fairy tales to an English speaker is lost.
Read more
5 people found this helpful
Report abuse

Jessie
3.0 out of 5 stars Cramped layout.
Reviewed in the United Kingdom on March 12, 2020
Verified Purchase
The text font is hard to read, makes it demotivating. I didnt keep mine because of this, and because i didnt like the way it was laid out, all cramped and just reams of text. It wasnt conductive to my learning.
No pictures, either, and that makes a difference. Pictorial representations can help a learner.
Read more
One person found this helpful
Report abuse

Nicola Jones
3.0 out of 5 stars Dodgy self publishing
Reviewed in the United Kingdom on December 29, 2018
Verified Purchase
Very flimsy, the covers have curled up from not being pressed between two books on a shelf, and the cover printing is all wonky.

That said, the stories and good and the print is clear.
Read more
One person found this helpful
Report abuse

Ben Hatfield
3.0 out of 5 stars I like the layout but
Reviewed in the United Kingdom on March 17, 2019
Verified Purchase
The word consent pops up a lot haha it is written in a very... Traditional way with very developed language so expect to learn words that you otherwise wouldn't expect to find in a fairytale book.
Read more
Report abuse