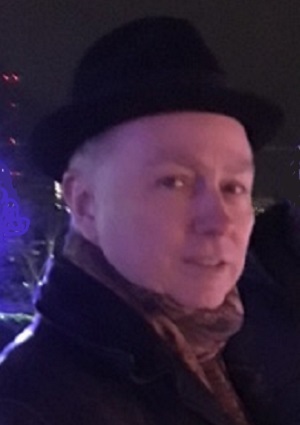 Gr 3 Up—"Ladies and gentlemen of the jury: During this trial, you will learn about a little girl who had no clue just how important she would become. You will see the unfair world she was born into—where boys were valued more than girls, where women were not encouraged to achieve and aspire…Here are the facts of her case." Thus begins this clever, engaging picture book biography, which chronicles Ginsburg's early years in Brooklyn, at Cornell, and beyond, highlighting the obstacles she encountered at every turn. Readers are asked to act as the jury, examining the injustices the young lawyer faced: "Exhibit F: Even among the law firms supposedly open to hiring women, not one firm would hire her. She was a woman, she was Jewish, AND she was a mother." The illustrations, rendered in gouache, ink, and Photoshop, illuminate the text with humor and sophistication. One page features the young college student perched under the sink in the bathroom, secretly studying—everyone knew a smart, studious girl would never get asked on a date. Another shows caricatures of the large, black-robed male justices yawning, angry, or perplexed as a tiny Ginsburg reads one of her famous "dissents." The endpapers feature shelves and shelves of books in the same muted tones of the book—cream, pale pink, black, gray, and brown. Pair with Debbie Levy and Elizabeth Baddeley's I Dissent: Ruth Bader Ginsburg Makes Her Mark, another fabulous picture book biography on the subject. VERDICT An excellent addition to "Mighty Girl" collections!—Barbara Auerbach, New York City Public Schools

"The life of the Supreme Court justice is a story of a girl who overcame the overt and covert sexism of her time to follow her drive to fight for equality. Innerst uses paint, ink and collaged elements like notebook paper to create a playful yet magisterial documentary effect, bringing subtle emotion to carefully composed scenes that resonate with the humane, controlled power of R.B.G. herself." -The New York Times

Jonah Winter is the author of more than 30 nonfiction picture books, including Barack and Sonia Sotomayor. He divides his time between Santa Fe and a small town in Pennsylvania.

Stacy Innerst is an illustrator who’s received many awards for his work. He lives in Pittsburgh.

Start reading Ruth Bader Ginsburg: The Case of R.B.G. vs. Inequality on your Kindle in under a minute.

4.8 out of 5 stars
4.8 out of 5
109 global ratings
How are ratings calculated?
To calculate the overall star rating and percentage breakdown by star, we don’t use a simple average. Instead, our system considers things like how recent a review is and if the reviewer bought the item on Amazon. It also analyzes reviews to verify trustworthiness.
Top reviews

ReadingPastMyBedtime
5.0 out of 5 stars Must buy
Reviewed in the United States on July 9, 2018
Verified Purchase
I was so excited to purchase this book! I have Notorious RBG already and didn't even think twice about buying this for my daughter. She is currently too young to understand what is happening in the book, but when she is older I think it will be eye opening for her. The inner child in me appreciated it when I read it. It is empowering for all young girls. This should be on the top of the list if you are looking for a book to empower your child. It discussed RBG's life, but in a way a child would understand. It talks about her childhood, her struggles to go to school and her struggles to become the person she is now.
Read more
3 people found this helpful
Helpful
Comment Report abuse

Laura Hughes
5.0 out of 5 stars What an awesome find! I knew I had to own a ...
Reviewed in the United States on February 14, 2018
Verified Purchase
I had initially borrowed this book from our public library to read to my 7th grade students after discussing the formation of the Supreme Court. What an awesome find! I knew I had to own a copy for the room, which is what led to this purchase. The story of her life is fascinating regardless of who is relaying the tale, but Jonah Winter does a magnificent job of keeping the reader engaged and highlighting the crucial turning points in Ruth Bader Ginsburg's life. Presenting it like a lawyer arguing a court case was a clever choice and clearly works with the theme of the text. Stacy Innerst's illustrations are great; I love the fact that the illustrations almost look layered, much like the awesome RBG's life.
Read more
4 people found this helpful
Helpful
Comment Report abuse

AmyW
5.0 out of 5 stars Easy read, great illustrations, informative!
Reviewed in the United States on October 18, 2020
Verified Purchase
Great book for young and old alike! I am forty and LOVED reading it! It is short but informative! Great illustrations. Written from a cute, creative perspective. Had a glossary at the back which is a bonus, in my opinion.
Read more
Helpful
Comment Report abuse

KHdeB
5.0 out of 5 stars RBG rocks!
Reviewed in the United States on August 24, 2018
Verified Purchase
Accessible and interesting biography for probably 4th grade and up of an incredible woman.
Read more
3 people found this helpful
Helpful
Comment Report abuse

Wayne Tennis Lady
5.0 out of 5 stars An important and beautiful book
Reviewed in the United States on October 21, 2020
Verified Purchase
My Brooklyn granddaughters related to this story on several levels and loved the illustrations. The 4th grader was the perfect age to understand the subtleties of the story and the significance of RBG’s life’s work.
Read more
Helpful
Comment Report abuse

Diana L.
3.0 out of 5 stars knowledge and use of it! Great
Reviewed in the United States on September 28, 2020
Verified Purchase
New with cover and pages creased. Disapponted
Read more
Helpful
Comment Report abuse

Joyce Lincoln
5.0 out of 5 stars Five Stars
Reviewed in the United States on July 16, 2018
Verified Purchase
very well written for third to fifth grade. my library students asked if it is all true.
Read more
2 people found this helpful
Helpful
Comment Report abuse

hope.
5.0 out of 5 stars Outstanding book and woman.
Reviewed in the United States on January 8, 2019
Verified Purchase
Amazing book. Amazing woman. Well written. Every girl should have this book.
Read more
One person found this helpful
Helpful
Comment Report abuse
See all reviews

MAB
5.0 out of 5 stars wonderful, great illustrations
Reviewed in the United Kingdom on June 15, 2018
Verified Purchase
wonderful,great illustrations, text that can be read and discussed to wider understanding
Read more
Report abuse