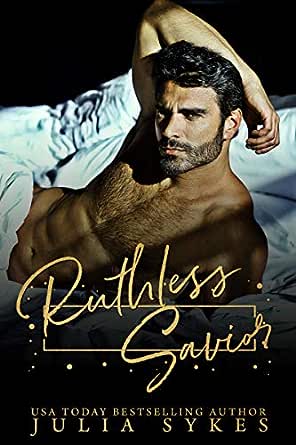 You've subscribed to Captive Series! We will preorder your items within 24 hours of when they become available. When new books are released, we'll charge your default payment method for the lowest price available during the pre-order period.
Update your device or payment method, cancel individual pre-orders or your subscription at
Your Memberships & Subscriptions
There was an error. We were unable to process your subscription due to an error. Please refresh and try again. 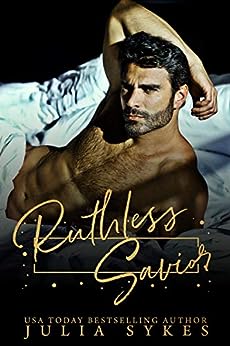 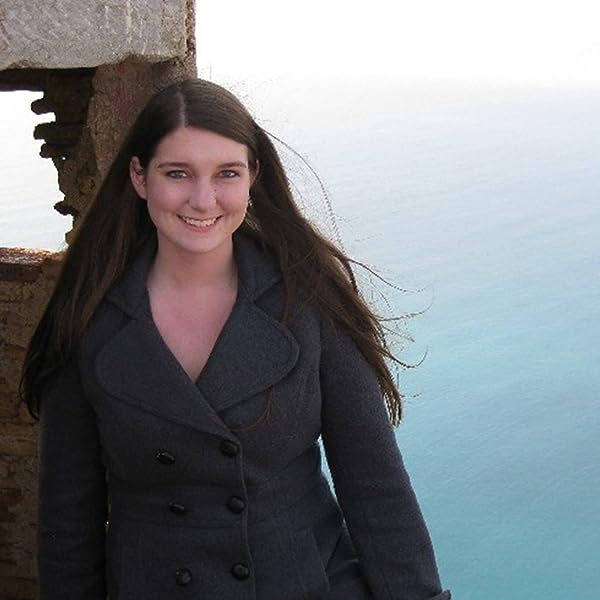 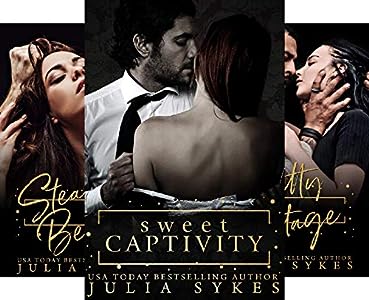 4.7 out of 5 stars
4.7 out of 5
58 global ratings
How are ratings calculated?
To calculate the overall star rating and percentage breakdown by star, we don’t use a simple average. Instead, our system considers things like how recent a review is and if the reviewer bought the item on Amazon. It also analyzes reviews to verify trustworthiness.

Cherese *LilBonnie*
5.0 out of 5 stars Raul and Marisol are 🔥🔥🔥
Reviewed in the United States on November 20, 2020
Verified Purchase
A complicated love story from the beginning to the end, but despite all the pain, heartache and complicated feelings of the past and what the heart wants, Marisol wanted Raul as he was, all of his darkness and savage ways and Raul, he was killing me because of his past and the man he is now. I loved these two and the built up of their feelings, after getting to the point of trust and overcoming betrayal, past fears regarding the sensitive topic of rape, but they are getting through it all together, as Raul becomes Marisol's savior from herself, from leaving, and the past of an old flame and the family that she has missed so terribly. This was worth the wait and the read was truly amazing. I do wonder about Isabel and Sebastian though for their story because I can tell they have the chemistry off the bat from what I can sense. Ruthless Savior was a perfect dark romance and I loved it. Another great one by Julia that I plan to reread all over again
Read more
Helpful
Comment Report abuse

Cassy
5.0 out of 5 stars Loved Marisol and Raul!
Reviewed in the United States on November 17, 2020
Verified Purchase
Julia Sykes has been one of my favorite authors for a while now. She writes beautiful and strong characters, and you can't help but love her antiheroes.

In Ruthless Savior, we get a look at Marisol and Raul's story. Both are involved in a dangerous world, one by choice, one not so much. Their paths cross, and you can see, and feel, how well they fit together. Both have their own demons, but they each find a way to work through them together, understanding each other on a deeper level. They complement each other so well, and know how to push each other.

Their story is a standalone in this series, but reading the rest of them helps give you more of the bigger picture in their world, along with seeing familiar faces. I can't wait to see what else this author has in store.
Read more
Helpful
Comment Report abuse

J Rowland
4.0 out of 5 stars Great chemistry!
Reviewed in the United States on November 18, 2020
Verified Purchase
Raúl and Marisol have excellent chemistry. Ruthless Savior demonstrates just the right balance of the cruelty and brutality of Cartel life with the beauty and sweetness of their love for each other. Raúl is equal parts dominating and giving. He loves Marisol and watching their love story unfold feels you are experiencing like a dark and pleasant dream.
Read more
One person found this helpful
Helpful
Comment Report abuse

CathyB
5.0 out of 5 stars Raul and his fragile Marisol
Reviewed in the United States on November 22, 2020
Verified Purchase
Marisol wants to escape the cartel. She isn't treated bad but it is a cage none the less. One day she puts her trust in the wrong man and her attempt to free her friend goes wrong. Raul is her guardian. He keeps her safe but he wants her. He is one of the most feared men in the cartel. Marisol runs away when she fears people will find out the truth but Raul is obsessed with her. What happens when he finds her?
Read more
Helpful
Comment Report abuse

Book Addicted
5.0 out of 5 stars Beautifully Written & Stellar Dark Romance ~ I LOVED Raul & Marisol's Journey
Reviewed in the United States on November 17, 2020
What an absolutely MARVELOUS & EVOCATIVE story Ms. Sykes has penned with 'Ruthless Savior'. I'm still in a romance induced 'floaty happy' place several hours after finishing this wonderful, wonderful book.
I have read a majority of Ms. Sykes books & truly loved them: the characters, the plots, the writing. But this one, for me, had a somewhat different but wonderous 'feel' as I read it, one that at first was hard for me to quantify. It was an ever increasingly heartwarming feeling that as I continued to read, I realized was an emotionally MAGICAL feel.
The two main characters are Raul (anti-H, Cartel Leader & Enforcer) & Marisol (heroine, captive of two cartels). Both have dark, sad & tragic pasts littered with abuse & betrayal that utterly shattered humanity (in Raul's case) & ability to trust (in Marisol's case).

For Raul, the only things he acknowledges mean anything to him is Power, Money & Strength. But then he's given a fragile & traumatized Marisol, the lush beauty Raul swears an oath to protect & never let another man ever touch. And in keeping with his oath, Raul ensures he avoids physical contact with his lost 'little lamb' for whom he intensely hungers. Her fragility calls to his intense need to protect, her curves call to his deep desire to claim & her huge chocolate brown eyes pull at his soul in a way no others have done.
For Marisol, the only things she equates with men are betrayal, pain, abuse. That when they see her, they see a prize to be taken, a toy to use & discard, prey to be used & consumed. And while Raul most certainly is an apex predator of the most savage kind, while he is her captor, he HAS protected her from everyone & while she sees the lust for her in his eyes, he's never once physically imposed himself on her. And as time goes by Marisol has an epiphany when she suddenly realizes Raul will NEVER harm her.

The fact that BOTH Raul AND Marisol THINK & use their BRAINS is a refreshingly delightful joy. While they both occasionally have an intense understandable negative kneejerk reaction or thought to the other's actions or words, once they calm down they analyze the event that precipitated their response allowing them to realize that their initial understanding wasn't necessarily correct or the full story. And THAT is what was most magical for me about this dark yet utterly heartwarming book, their ability to acknowledge that just 'maybe' things (& people) aren't always what they seem to be.

Ms. Sykes takes two strong but severely damaged & deeply wounded people who based on their pasts, have no reason to ever trust much less love again, & she slowly, delicately, beautifully unfurls their emotional rebirth in a wondrously deft & supremely skilled way. This rebirth is an absolutely beautiful thing to read as they slowly but surely see another color added to their palette of black & white as each epiphany comes to them.

For Raul, it is the joy he finds in providing for his treasured 'little lamb' & the lack of fear in her eyes when she looks at him.

For Marisol, it is the wonder of realizing this lethal, dangerous, massive, HARD man cares for her, wants to provide protection for her, physical needs for her; of seeing how his eyes soften when he looks at her.

And no matter how dark the book got, it was a temporary darkness that was skillfully, deftly & beautifully (I've used this word a lot but it FITS!) banished by the light produced by understanding, forgiveness, acceptance, patience & love.

'Ruthless Savior' is a wonderfully written romance; it is dark, intensely sensual in parts, contains memories & scenes of betrayal, abuse & violence. BUT the overall theme (for me) was hands down the beautifully crafted awakening to love that both Raul & Marisol experience. I seriously found myself smiling & tearing up throughout this one, I had EVERYTHING crossed for their relationship to end up as a HEA for them both: TOGETHER.

This is a stellar dark romance for readers who want to be moved by the characters, who want to become a part of the story, who want a book that cannot be put down once started. For readers who crave, consume, appreciate writing that has that magical ability to pull you from reality & causes you to forget you're reading words on a page. For readers who love writing that allows you to be deeply & intensely impacted emotionally, that brings you concern, worry, fear for the characters; makes you smile, happy, joyful for them as their past created shackles are shed one by one as you journey with them to a hopeful future.

I've been a Julia Sykes fan for quite a few years now. Her stories keep getting better and better. Before Raul and Marisol's story, Mateo was my favorite of her antiheroes.

Well, I think Raul just claimed Mateo's throne! There was something so raw and engaging about Raul's character. I felt drawn to him like no other. I was NOT expecting his history to be what it was! I won't spoil that for you though.

Raul and Marisol are two very broken people who fall in love in a dark but still very sweet and swoon worthy way. They are caught up in the cartel world but (thankfully) it doesn't touch them the way most stories do. And I think that is a major selling point for me. The prior books in the series all held major cartel storylines. It was refreshing to read something still in that arena but not so consumed in that world.

I think what I liked the best about this novel is there wasn't a ton of angst. I've been reading some dark books lately that were just too much. While Ruthless Savior was that perfect mix of dark romance, suspense, and love.

Note: I received an ARC from the publisher. All opinions are my own.
Read more
One person found this helpful
Helpful
Comment Report abuse
See all reviews