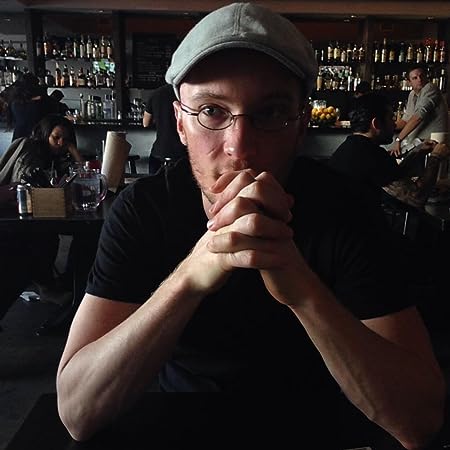 Hailing from the veritable crater that was once Detroit, MI, Rylend graduated from the University of Michigan with a degree in film and art history and then earned his MFA in directing at the American Film Institute Conservatory.

In the comics arena, he's written Aberrant, a political action thriller that won a Ringo Award a few years back and was nominated for two others (including BEST WRITER and BEST SINGLE ISSUE). His dark superhero noir, BANJAX, made over a dozen critics’ ten best lists in 2019 and was nominated for four Ringo Awards, including BEST SERIES (along-side Bitter Root and Something’s Killing the Children). His most recent book - a Tokusatsu joint titled SUICIDE JOCKEYS - is in comic shops now via Source Point Press.

He also happens to be an ordained Soto Zen monk in the lineage of Gudo Nishijima and Brad Warner. He once taught Mike Tyson how to meditate. 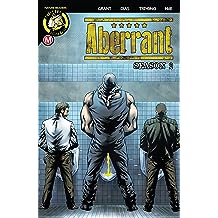 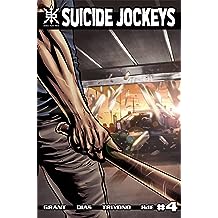 Suicide Jockeys #4 Dec 15, 2021
by Rylend Grant, Davi Leon Dias, Iwan Joko Triyono
$7.99
Kick-you-in-the-teeth Tokusatsu for the contemporary American action movie fiend from screenwriter/Ringo award-winning comic creator Rylend Grant.
CHAPTER 4: ONCE MORE UNTO THE BREACH, DEAR FRIENDS
After breaking a billionaire whack job out of prison, there are real deal bills to pay. The building is surrounded. There are tanks at the gate. Denver & company - and the aforementioned whack job - have 24 hours to get their shit together and save all of space and time.
"Season 1" concludes with monsters, mayhem, and a time heist that will literally melt your face
Read more 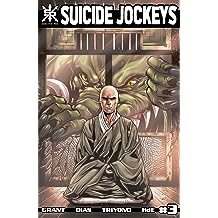 Suicide Jockeys 3 Nov 10, 2021
by Madeleine Holly-Rosing, Gwynn Tavares
$2.99
Caitlin and Alma have continued Mary and Frida's work as union organizers, but when Caitlin has a disturbing dream about her childhood friend, Duncan the ghost, she decides to return to Boston to find out what's wrong. Though it is a happy reunion with Samuel and Granville, something much more sinister awaits her and the team.
Read more 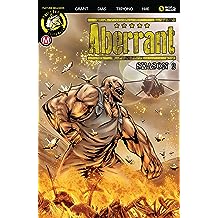 ABERRANT – Season 2 #5 Jul 24, 2019
by Rylend Grant, Nicole D'Andria, Shawn Gabborin, Davi Leon Dias, Iwan Joko Triyono, HdE
$1.99
CHAPTER 5: END OF THE ROAD. The whole twisted 10-issue symphony comes to a rousing, cacophonous crescendo. David races to stop Cordrey from making a deal that would gravely affect the balance of power in the world. Garret takes an ugly ride on CON AIR. Rook has a teary-eyed reunion with his beloved parrot, acquires a cracking new pet fish, and then he leaps from a C-130 without a parachute. Although we’ve come… to the end of the road… still I can’t let go…
Read more 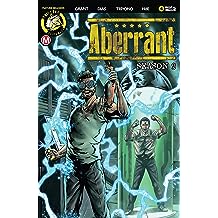 ABERRANT – Season 2 #4 Jun 26, 2019
by Rylend Grant, Nicole D'Andria, Shawn Gabborin, Davi Leon Dias, Iwan Joko Triyono, HdE
$1.99
CHAPTER 4: HOME ON THE RANGE. General Garret makes his final NORCO recruitment pitch and David is left to choose between two beloved father figures. Nelson Little kicks his way into the Bolivian jungle, bent on pulling his men from the proverbial fire. Cordrey makes one last desperate, but wickedly conniving play to save his own broke, wholly reeling ass. Also… a 250lb beast-of-a-man literally gets ripped in half. I’ll be 100% honest… it’s pretty freakin’ cool. And where else are you going to get a sweet Karate Kid 2 variant cover?
Read more 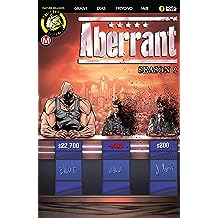 ABERRANT – Season 2 #3 Jun 12, 2019
by Rylend Grant, Nicole D'Andria, Shawn Gabborin, Davi Leon Dias, Iwan Joko Triyono, HdE
$1.99
CHAPTER 3: FINAL JEOPARDY. A crisis of conscience, a snake in the grass, and a Jacob’s Ladder scenario… As Nelson Little makes a bold political play to pull David and Cordrey from both literal and proverbial fires, his closest confidant moves to usurp him. A dying Rook imagines himself as a contestant on a delightfully twisted autobiographical proxy for a popular TV quiz show. Oh, yeah… and we finally meet the guy behind the guy behind the Article 13 guy…
Read more 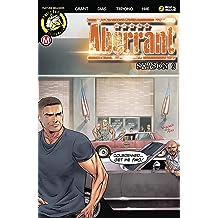 ABERRANT – Season 2 #2 May 15, 2019
by Rylend Grant, Nicole D'Andria, Shawn Gabborin, Davi Leon Dias, Iwan Joko Triyono, HdE
$1.99
CHAPTER 2: THE BALLAD OF COLBRENNER AND CORDREY. As the freshly-chummy David and Cordrey drink, fight, and fornicate their way through South America in search of a top secret NORCO base, we get a fascinatingly twisted peek at Rook’s home life. And if you’re all good little boys and girls, we may just finally give you a peek behind the whole wicked conspiracy curtain…
Read more 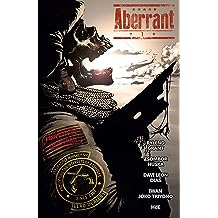 ABERRANT Vol. 1 May 15, 2019
by Rylend Grant, Zsombor Huszka, Iwan Joko Triyono, Davi Leon Dias, HdE
( 2 )
$5.99
David, a U.S. Army Special Operations Commander, distraught after losing his entire unit to a superhuman attack, wages an absolutely brutal one-man war on the eccentric billionaire and former superhero, Lance Cordrey, whom he believes is ultimately responsible. That is until Nelson Little, the head of a clandestine paramilitary outfit called Article 13, presents David with evidence that Cordrey may be a patsy, and David’s men were killed as part of a vast and twisted government/military conspiracy. Armed with this new information, David must dismantle the machine of said conspiracy piece by human piece while coming to terms with his own mysteriously emerging superpowers and wrestling with sincere doubts about Little’s trustworthiness
Read more
Other Formats: Paperback 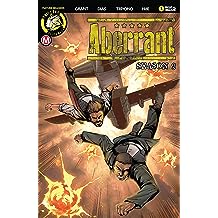 ABERRANT – Season 2 #1 Apr 17, 2019
by Rylend Grant, Nicole D'Andria, Shawn Gabborin, Davi Leon Dias, Iwan Joko Triyono, HdE
$1.99
CHAPTER 1: I NEED A HERO. As a wholly new and delightfully twisted story arc begins, David is forced to team with the man he hates most (and trusts the least) to complete a key mission. Disgraced former superhero Lance Cordrey wonders if he has one last save-the-world push left in him.
Read more 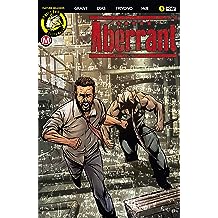 ABERRANT #5 Jan 2, 2019
by Rylend Grant, Davi Leon Dias, Iwan Joko Triyono, HdE
$1.99
CHAPTER 5: GOD DAMN IT. A silver-tongued Nelson Little must talk a checked out David into saving the man he still thinks may be responsible for the death of his men.
Read more 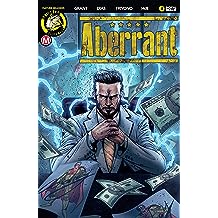 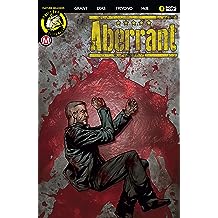 ABERRANT #3 Aug 15, 2018
by Rylend Grant, Davi Leon Dias, Iwan Joko Triyono, HdE
$1.99
CHAPTER 3: HOLD ON FOR ONE MORE DAY. Acting on a tip from a mysterious and very prolific mole inside the NORCO organization, David infiltrates an enemy warehouse where he is forced to square off with a terrifyingly twisted aberrant monster. World, meet the true 8th wonder of the world… ROOK. Featuring the music of Wilson-Phillips.
Read more