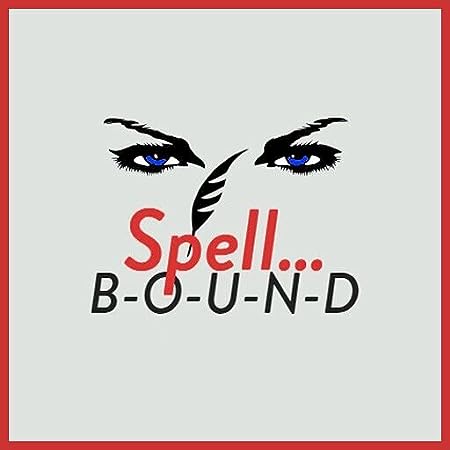 Hello, I'm S.B., Simple Being, middle name Creative. I'm a writer and artist with a penchant for themes of Female Domination, Hypnosis, and Mind Control. My thoughts are my own except when they're not.

My style of erotica is quite varied and I’ve experimented with many different things over the years. Although in general, I prefer lighter approaches to it all, I can go dark when My Muse wants me to, and who am I to say “no” to Her whims? A good idea should always be developed no matter what. In fiction, one is allowed to go beyond his limitations in various and intriguing ways. I’ve been discovering just that and simply having a blast with it all. I hope you decide to have fun with me as well.

Let's see, what else can I say? I'm a proud animal lover, with a furry family of two. Dogs, but I like cats too.

I'm also quite the Sci-Fi enthusiast. The X-Files continues to be the best TV series ever made.

I enjoy reading and writing horror stories too but don't like horror movies, go figure!

Chess has been a passion since an early age as well hence the imagery I use to represent me online. However, if you take a good look at it, I'm sure you can see the extra layers of symbology around it.

Last but not least, give me music any day of the week, preferably instrumental pieces. It's always a great source of inspiration and one can never have enough inspiration and creativity in the world, don't you agree?

Ready for some fetish fun? 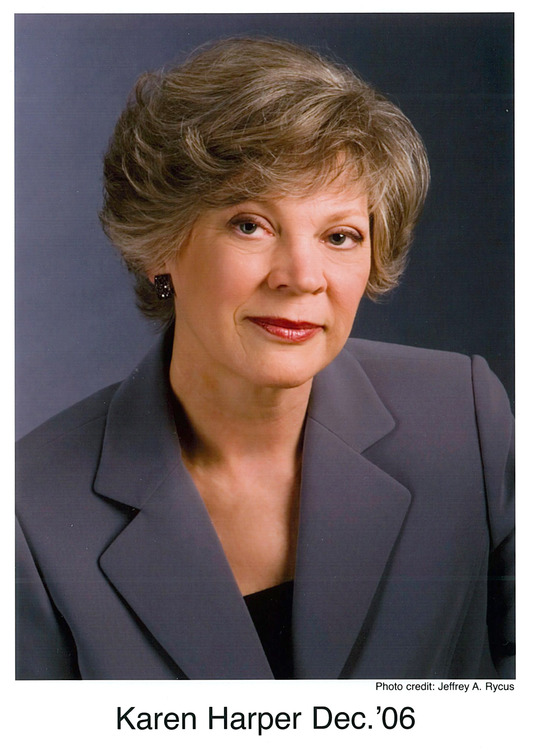 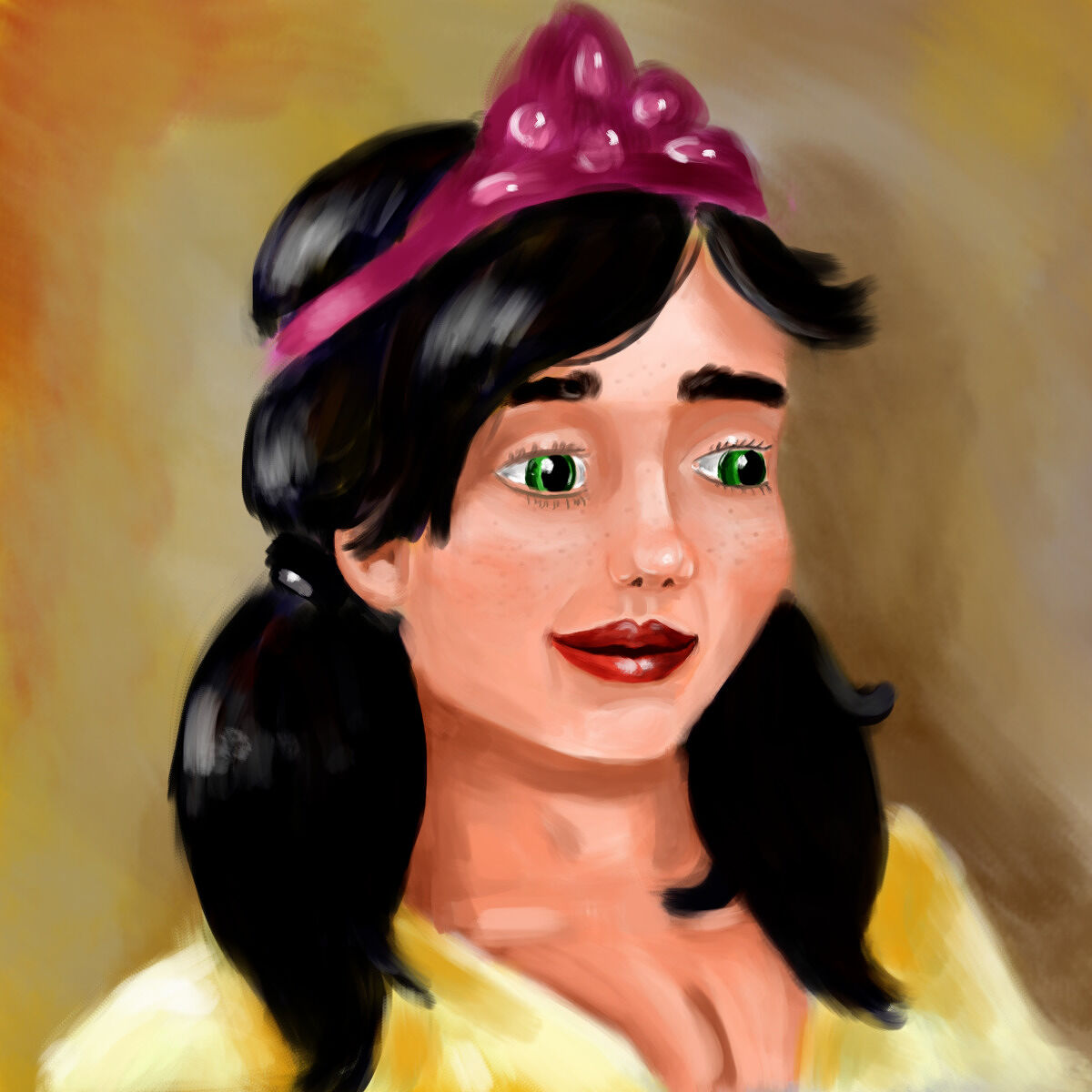 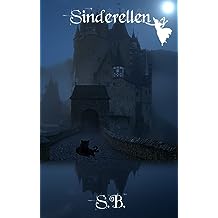 Sinderellen Jun 12, 2022
by S. B.
$5.99
Ellen has been conditioned by Mistress Tatiana into accepting her position as a maid but when she starts second-guessing what’s going on, it’s up to a cheeky fairy godmother with a secret to show her how much fun she can have if she welcomes a bit of sin into her life.

This story is a retelling of the classic Cinderella tale where familiar events play out in surprising new ways. Let the festivities begin.
Read more
Other Formats: Hardcover , Paperback 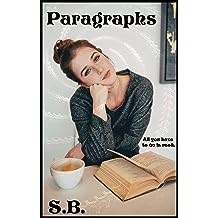 Paragraphs Sep 10, 2019
by S. B.
$0.99
All you have to do is read. A mesmerizing "Choose-Your-Own-Adventure" story without the choice part because it's not like you need free will, anyway. Read and go deeper.

The author will not be held accountable if you end up losing your mind in the process but that's a good thing, right?
Read more 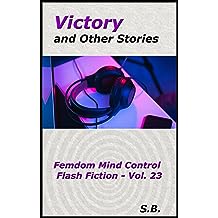 In Acceptance, you are stripped away from all resistance and free will.

In Breaking Up, William tries to break up with his girlfriend and her hypnotic pussy.

In Her Reputation, a rising movie producer falls madly in love with a shady actress.

In Living Madness, Devon and Sam try to escape the thing that has taken over Jenna's body.

Discover these and eight other new pieces of mesmerizing flash fiction where women win you over just like they always do. Please enjoy.
Read more
Other Formats: Paperback 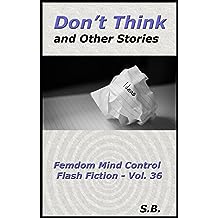 The stories included in this collection are:

A Task a Day... - Amanda loves to obey her hypnotic mistress no matter what she asks of her.

Always Worth It - Charles is about to have his individuality erased by his girlfriend.

Don’t Think - You participate in a test to determine if you're servant material or not.

Everything is a Game - Paul is visited by the ghost of the previous tenant, and she wants to play.

Fuck Hypnodommes! - Quinn tells his friend Harry how he was scammed by a Domme, but was he really?

Haunted - A man is convinced that a painting he bought in a flea market is evil.

Maid Mode Activated - Ben freaks out because his controlling sister is coming to visit.

No More Freedom - You are brainwashed into accepting a life of servitude to women.

Virtual Wheel - Brenda Sinclair plays a special game of Hypnowheel of Fortune with her pets.

Word Games - Goddess Fiona has her toy Jonathan play in a special version of a popular word game.

You Need to Wake Up - Marsha's life has never been the same ever since she started dreaming of a succubus.

Have fun with these fantasies of the mind. Who needs free will, anyway?
Read more
Other Formats: Paperback 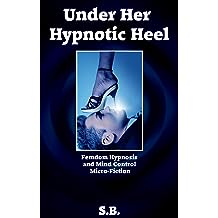 Part of an ongoing daily writing challenge at the author's website - Spell... B-O-U-N-D - in this collection, humor and erotica go hand in hand, and nothing beats the ecstasy of being under her hypnotic heel. Surrender and obey.
Read more
Other Formats: Paperback 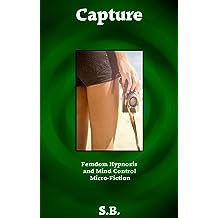 You will be found, captured, trained, conditioned in both mind and body to serve a powerful hypnotic woman.

It will happen sooner or later, that much is certain but while you wait, live the fantasy in yet another collection of mesmerizing micro-fiction. You know you will love it because you don't really have a choice. 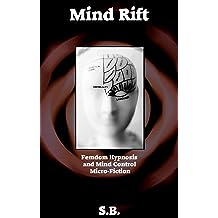 This book is another collection of deviant micro-fiction where women take the lead and alter reality in any way they see fit. Reading it will probably change your beliefs from inside out but that’s okay for that’s what exactly what they want it to happen and you’ll comply.

Ready for some more fantasies played in the key of hypnotic seduction? It’s time to give in to the fractures within your mind. Enjoy.
Read more
Other Formats: Paperback 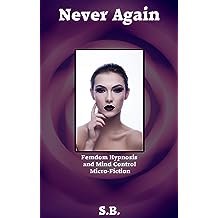 You’re such a liar, aren’t you? The truth is your mind is long gone. You will do as you’re told.

Discover yet another collection of sexy, mesmerizing micro-fiction where the only things important are submission and obedience.

Surrender to your fantasies and let them take over. You’ll love every step of the journey even if you don’t remember them all.
Read more
Other Formats: Paperback 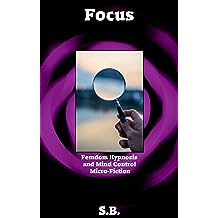 In the most recent installment of this micro-fiction collection, your mind will learn once again how to surrender and obey their instructions. Let your thoughts go blank always and forever. You won’t regret it.
Read more
Other Formats: Paperback 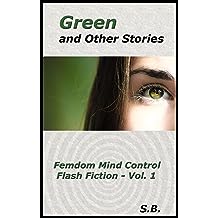 In Green, read ready to discover your new favorite color.

In Oberhoheit, musical brainwashing is the key to mind control.

In Type Omega, the game plays you.

Unleash these and other fantasies in this mesmerizing collection. Your mind is a beautiful thing to lose, she said. She is always right.
Read more
Other Formats: Paperback 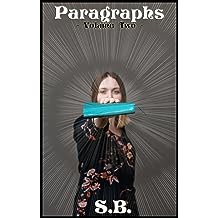 Paragraphs - Volume Two Jun 14, 2021
by S. B.
( 1 )
$1.49
All you have to do is read again. Another mesmerizing "Choose-Your-Own-Adventure" induction story where the only thing you get to choose for real is how fast you drop under a hypnotic woman's control. What are you waiting for?
Read more 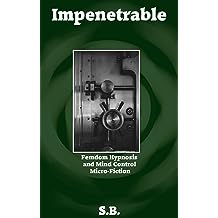 The truth is you've already been taken and every second that goes by just adds another layer to your programming. The only thing truly impenetrable is women's control over you. Your fate is to succumb time and time again until they're pleased, and you know that's never going to happen.

Discover a selection of new ways to fall for women in this new volume of entrancing micro-fiction. You want nothing more than to go deeper for that's what they've chosen for you. Have fun.
Read more
Other Formats: Paperback