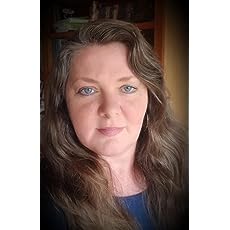 S G Boudreaux, born Shawna Gaile Blake (1970) in West Virginia, is a 40 something stay at home mom who homeschools her two children with one graduated in 2015. She enjoys music and serves on the worship team at her local church. She also serves in various other areas in her church as well year-round. She and her husband of over twenty years live in the country in Louisiana, along with their three children, three dogs, one cat, and family members close by and very far away. She is the youngest of seven children. Five older sisters and one older brother.
The Peregrination Series was began in the fall of 2017 after God's leading for her to write this series in the summer of 2017. The first two books have been completed and she is currently working on book three in the five book series. Book 3: FIRE should be released in the Fall of 2019.
You can find out more about her BLOG, her books, and current events at www.sgboudreaux.com
Read more 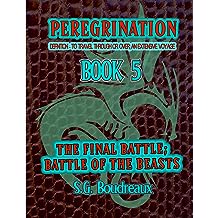 The Peregrines are in search of the last piece of armor known as the Sword of the Spirit. Rumor has it that the swords were all melted down and destroyed long ago. Without knowing where or when, they can't go back into time to prevent it so they must figure out another way.

Seth, and Caroline find themselves separated once again. The Final Twelve must split into teams to take on four different beasts to do battle for the fate

of the world. All the realms, unknowingly, are depending upon the Peregrines, Dragoman, and the ever-important Beast Keepers to fulfill the prophecy revealed to them in the Book of the Keepers.

The swords have been refashioned by the blacksmith who was appointed by God to forge them once more for the battle to end all battles. If they can succeed, the new world will live in peace forever and they can finally be at rest to live normal lives as rulers over all the lands and realms of the earth. 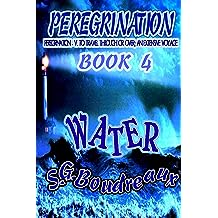 The Peregrines have acquired two of the pieces of armor, and are searching for the third. One of the last demon battles killed one of the Peregrines and some of the desert people who had aided them in the war. While searching for the armor pieces they heard a rumor that the last piece of armor to find, the Swords of Truth, were destroyed centuries ago by someone or something that knew of their significance. The last unopened book has been unlocked and it’s secrets are being closely studied. The Dragoman have discovered many clues between the pages of the ancient archival books. The Swords of Truth must be used in the final battle for the Peregrines to even have a chance at winning. What it is that they are to fight against they still are unsure. The Dragoman are racing against time to decipher the language in the Book of the Keepers, which they have now determined to be partly Akrotiri. An ancient, Grecian culture that once existed and disappeared from the face of the earth after a large, storm hit the city long ago. Now they must find some way to interpret the book or all could be lost forever. 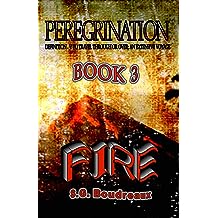 The Peregrines have left Reader's Island in search of the lost pieces of the Armor of God. They must locate and acquire these pieces to be able to do battle against some sort of evil, unbenownst to any of them as of yet, in a war known as "The Final Battle". They must win this war against evil to save mankind from our own sinful destructive nature. In order to find the six pieces of armor, which had been stolen and separated hundreds of years before, they must overcome their own personal demons in tests of faith. These tests will try them, and possibly reveal even the darkest of secrets, emotions, and desires. If these trials can be overcome, the location of the next piece of armor will be revealed to them.

Will they be able to overcome their own insecurities and imperfect human natures to accomplish the important tasks laid before them? All while they are constantly hunted by demons who wish to stop and destroy them any way possible. 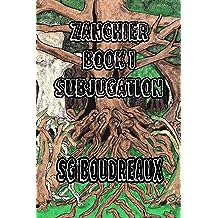 Harper Brinley is running for her life. After escaping from a government holding facility where she, along with other scientists, were being forced to build a deadly weapon, she headed for the most remote place she could think of, the wild Xantifal Mountains. The one place where no one would think to search for her. There, she found a massive hollowed tree in which to survive the harsh mountain winter. If she can survive the four-legged, fire-breathing firebirds, and the equally large wildcats of the mountain ridge, then maybe she can find her way back to her children. She was taken away from her family five years ago. Wilkins, her husband, was taken nearly a year before that and forced into military servitude. After spending the last three years running, training, and learning to fight, she was ready to find her family. Nothing would stand in her way. 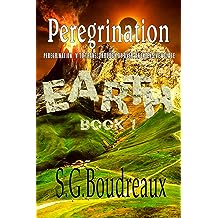 The story begins in 1906 in San Francisco, California. Seth Jager just married his girlfriend of two years, Caroline Palmer. The morning after their honeymoon, San Francisco is struck by a large earthquake. He and Caroline are torn apart in the shake. Seth wakes up to ﬁnd he has been transported to another time and dimension, and Caroline is nowhere to be found. He discovers that God has chosen him to travel through time and space by way of storms that generate enough power to open portals. He and others like him must search for important artifacts that will help to save all of mankind. On top of ﬁnding artifacts, he and his fellow travelers must also battle demons who will stop at nothing to prevent them from completing their missions. Seth meets unusual characters, co-travelers, animals, and places, and experiences unique events along the way. Still mourning the loss of his wife Caroline, Seth vows to himself to do whatever it takes to get back to her and the life they were beginning to create for themselves. 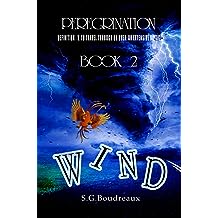 A fiction, fantasy, time travel, literary novel that includes clean romance as well. This series of novels is Christian-based and has no inappropriate situations or cursing in the books. However, there are some suggested situations and descriptive demon battles that may frighten younger children. The suggested reading age for this series is thirteen and up.

In this second book in the series, Seth and Odessa make a trip with Simon to Reader's Island, a hidden island in the middle of the Bermuda Triangle. The island holds all sorts of secrets, and the barrier is extememly easy to travel by for anyone on the island, meaning Seth could possibly find a way back to Caroline.

Nicholas Turner and Sean Doran have been training new Peregrines Kristen Wright, Dina Adams, and Wade Connolly while they wait on word from Safra Driscoll and the other Dragoman as to where they can find the lost Peregrine dubbed Eleven, whom they now know as Bridget Burke. The last attempt to find her was unsuccessful, but they did find that she travels with another woman who could also be a new Peregrine or Dragoman.

The Dragoman leaders have instructed the Peregrination leaders to merge with everyone else on Reader's Island for an important mission. The Peregrines must soon leave on these missions to find some lost or hidden keys that open the recently found ancient archive books. The books were found hidden deep beneath the Earth's surface in an ancient temple. These books may hold important information concerning all of their futures.

Meanwhile, Caroline and Bridget have just walked out of the storm they entered back in Dover, England in the year 1580. The place in which they have exited the storm is a dark, stormy place, full of strange things and people. Especially the large, hairy man who calls himself, Oz. The adventures they take and the perils they face make them wonder if they should have ever left Dover, even with the horrible witch hunts and trials that had been taking place.

Join me on another journey with old and new friends as they continue the search for ancient artifacts, strangely shaped keys that will open the ancient archive books, and the hunt for the missing Peregrine. You will discover strangely beautiful new worlds, evil men who kill for pleasure and their own personal gains, and exotic new animals in a world yet to be discovered.

The Peregrination Series will prove to be your next great adventure read!