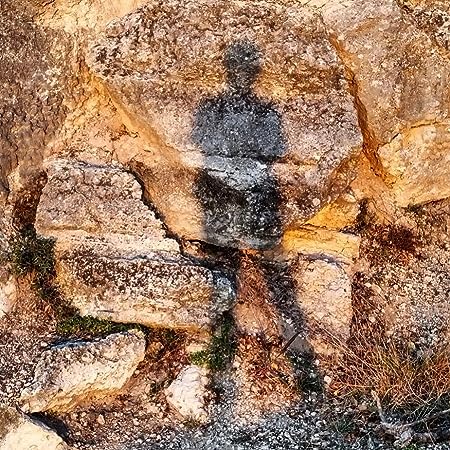 Sally Jane Driscoll didn't want to learn to read. She loathed school and preferred running around outside like a free barbarian.

In third grade she wrote her first story and handed it in a day late. The teacher rejected it, preparing Sally for the writer's life. But writing gave Sally freedom. Stories came from somewhere! And she could make them. Over time her stories appeared in various magazines, including Ellery Queen's Mystery Magazine, Asimov's Science Fiction, Interzone and Daily Science Fiction.

Born on Manhattan, Sally grew up on Long Island and then lived in Peekskill, Baltimore and San Jose. She finally settled in the Texas Hill Country, where deer roam the yards, the people are smart, caring and independent, and the sky is more real than her cell phone. 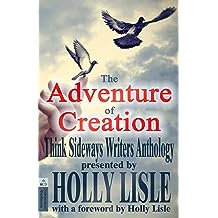 Adventures and Creativity can be found everywhere as the 35 short stories of this anthology show. Each author found a different angle for the unifying theme: The Adventure of Creation.

Follow a girl to the Below-World to slay the Sharkshadow, or help a timid girl to overcome the destructive criticism of her art teacher. Witness a solitary drone on Mars or a naive homunculus struggle to become human. Sew with a mother who lost her daughter in a unicorn quilt, defeat bank robbing super-villains with an unlikely superhero, or join a great mage in the fire.

In thirty-five imaginative stories, emerging authors present the diversity of their creativity. Witness the talent nurtured by writing teacher, Holly Lisle. For the 5th anniversary of her first big writing course, How to Think Sideways, this anthology features the best of her talented students in a great variety of genres.

The authors represented in this anthology are: 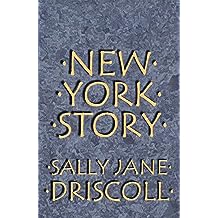 New York Story Dec 31, 2014
by Sally Jane Driscoll
$1.49
On the evening of March 6, 1982, I stepped out of my old life and attended Ayn Rand's wake at the Frank C. Campbell Funeral Home in Manhattan. This is the brief personal story of that night. 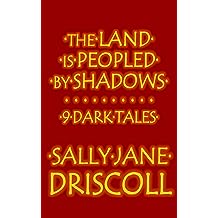 The Land Is Peopled by Shadows: 9 Dark Tales Oct 18, 2014
by Sally Jane Driscoll
( 3 )
$2.99
Nine crime and soft science fiction stories about mothers and wives, fathers and husbands, children and families, including six stories previously published in Ellery Queen's Mystery Magazine, Asimov's Science Fiction, Interzone, Judas Ezine and Futures Mysterious Anthology Magazine.
HUSBAND KILLER Maybe something we think is normal isn’t normal at all.
“Ryan turned on the TV. Just like that, he was gone, the blue light flickering over his blank face.”
THE TRIGGER* Some people are the victims of crime. Others are the trigger.
“She whispered, ‘Why doesn’t he shoot me instead?’”
WHAT JIMMY SAW* Ellie’s responsibilities are what make her strong.
“He was only a farmhand and life passed him by the way cars passed when he drove the harrow along the side of the road.”
LITTLE STEVIE Eloise gives birth to a premature infant. Or does she?
“She felt the bones of her pelvis unhinge, balance, and then the organ emerged with a liquid pop that was like taking a wet finger out of the mouth of a bottle.”
REPARATION* Jen had managed contractors on three continents. Of course she could solve this problem.
“I leave it all to you, all the family stuff you ran away from. Let’s see how you deal with it.”
WITHOUT BELIEF On the evening after the fall of Troy, Cassandra and Odysseus—prophecy and reason—solve a murder.
“What if I told you that you saved the boy only to have him drown in a few weeks’ time?”
SLEEP* Lisa’s doing her best to be a good wife and mother. If only she could get some sleep! Four hours last night, three the night before… she can’t go on much longer.
“‘Just let him cry,” said Doug. ‘Let him cry, Lisa. Don’t be such a martyr.’”
THE LAND IS PEOPLED BY SHADOWS Gao will let nothing threaten his family’s survival, not even death.
“A rim of red lit the horizon. The setting moon was obscured, but not by clouds.”
RAGE* A good son dies on the operating table, a bad son caused it, and the mother’s rage can only be quenched by revenge.
“I thought about the confrontation. He’d want forgiveness. What did I want?”
*Previously appeared in WHAT JIMMY SAW (2012 anthology, no longer available)
Read more 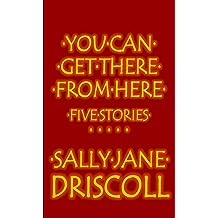 You Can Get There from Here: Five Stories Jul 17, 2014
by Sally Jane Driscoll
( 3 )
$1.99
Zack hides in his dreams. Gus walked away from his career. Jacquie blocks out what she loves most. Luke's stuck in a dinky little town. Brenda wants her husband back. They're all motivated to live a bigger, brighter life... but not all of them have what it takes to get there from here.
Five fast stories (6,000 words)
Read more