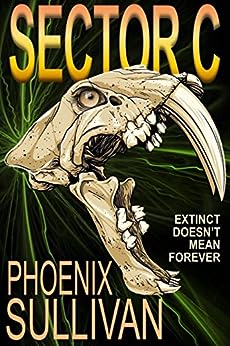 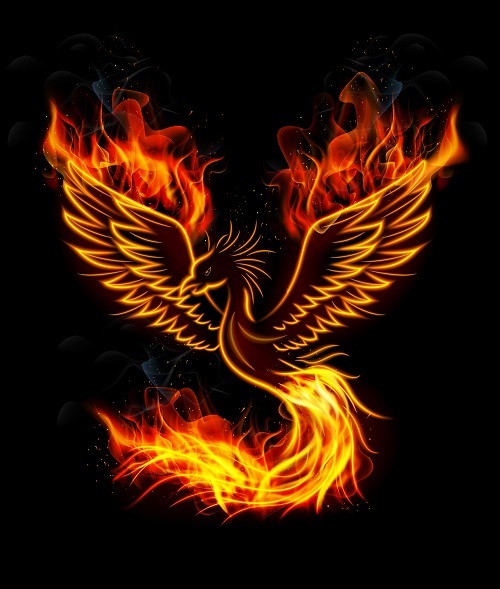 "Solid mystery in the beginning, fun thrills at the end."

"With such a wild hypothesis at its core, the action in this book could have been ramped up right out of the realm of believability. A restrained hand makes the crisis not only plausible, you'll be watching the news certain that it's inevitable."

"Don't expect a pulse-pounding adventure beginning to end. But brain-pounding? If there was an 'intelligent thriller' category, SECTOR C would be in the top 10. It's one ah-ha moment after another."

4.2 out of 5 stars
4.2 out of 5
507 global ratings
How are ratings calculated?
To calculate the overall star rating and percentage breakdown by star, we don’t use a simple average. Instead, our system considers things like how recent a review is and if the reviewer bought the item on Amazon. It also analyzes reviews to verify trustworthiness.
Top reviews

Cookie
5.0 out of 5 stars A Genetic Mistake
Reviewed in the United States on May 6, 2020
Verified Purchase
Why would you read about another Pandemic when you are in the middle of a Pandemic. Because this is a very well written story about where greed can take you. Picture a business that has big game hunting in boxed in fields where very wealthy business people pay for a trophy hunt. No skill needed. They just take a shot to and the company uses a taxidermy method to save the trophy. People pay an exorbinent amount of money for this prize. Meanwhile, they use the proceeds to create new animals in Sector C. A local vet discovers unusual symptoms in local animals. And it begins...
Read more
Helpful
Report abuse

Hillel Kaminsky
4.0 out of 5 stars Good Book with Unsatisfactory and Abrupt Conclusion
Reviewed in the United States on February 24, 2018
Verified Purchase
Veterinarian Donna Bailey is seeing weird neurological symptoms in many horses, cows, goats and other animals invariably leading to death. Lab tests fail to reveal the etiology or the cause of the symptoms. Mike Shafer, a CDC analyst learns that neurological symptoms are affecting humans too, particularly (but not limited to) the young and elderly. Death is the inevitable results of these symptoms.

The two join forces and learn that the illness affecting the animals and humans are one and the same. But what can cross species lines like this?

The first half of the book is taken up with this mystery as the pair try to track down what is going on, eventually finding patient zero in a most unexpected place. In the meantime, the illness becomes a pandemic that threatens extinction across the globe.

I really enjoyed the book but it is marred by an abrupt and unsatisfactory conclusion. It’s as if the author had no idea how to conclude the story so she just stopped.

Mamie
3.0 out of 5 stars SiFi "thriller" with a softer story line
Reviewed in the United States on October 5, 2015
Verified Purchase
siliconhillbilly here. I bought this book on Mamie's account. She doesn't mind ;-)

I finished the book and liked it. BUT, there are problems. In general I didn't mind the dropped story lines. That's the way life often is.

The science of protein folding and prions as "explained" is not correct, so far as I understand the subject. But only a few readers will notice or care. Virus, badly formed protein, what's the difference? It doesn't matter in the story line.

Yes, it was a bit "talky", but that greatly helped the character development in my opinion.

Recreating extinct animals is an old topic in SiFi, since Jurassic Park. This treatment was very light on the science but so what? I sure wouldn't understand any more depth. Few would. Best to leave it fuzzy.

The language usage and editing was well done. Sullivan is an actual writer. Always nice to run into with indie authors :-)

All in all, a decent story. I would read other work by the author.
Read more
One person found this helpful
Helpful
Report abuse

Summer Foovay
5.0 out of 5 stars Scary
Reviewed in the United States on December 6, 2015
Verified Purchase
This book was so realistic, so correct in the science, and therefore so totally frightening that I was giving my dinner second looks. The scary thing about this scenario is that it could happen - and the author does not sugar coat the realities of the results of such a thing happening. A country vet finds herself at ground zero of a new epidemic, and most frightening, it seems to be able to leap the species barrier as if it didn't exist - which, for this disease, it does not. There is no treatment, and it kills very quickly after the onset of symptoms. Because the symptoms in humans mimic other,more common, illnesses it takes an alert statistical analyst at the CDC to see a spike and investigate. When he meets the vet at a ranch he suspects of selling contaminated animal products she clues him in to the realities of making a living with livestock, and what his suspicions will mean to the livelihood of ranchers. The ranchers are as much innocent victims as the people who become ill - and the ranchers, and even the vet tech, are soon ill as well. It's a well balanced look at something we might have to face someday.
Read more
3 people found this helpful
Helpful
Report abuse

In comparison to some other books I have read recently, I have to say it was refreshing to read smart people acting smart. Now I have plenty to grouse about, in particular when smart people suddenly do something so incredibly stupid that the only explanation is the author had reached and impasse and to move the story in the direction she wanted she had to have them be idiots... but I digress.

A few minor points: I do not believe the CDC sends out individuals, ever (they send teams) - and if they did it would not be a statistician with no medical and limited field experience. Prion diseases are certainly real, but I am really suspicious of this ones scope and speed (doesn't quite track, but its fiction and here I know I am nit-picking).

To the good: the Vet comes across very nicely and the animals are portrayed quite realistically (the predators are attracted to humans not because they think to eat the humans but because they equate humans with feeding time and treats)

The main point - Chapter 40 begins with our intrepid hero demanding access to the evil-doers lair, and when they are rebuffed (as they knew they would be as the hero had visited once before and been told in no uncertain terms to have a warrant next time) they threaten to call in backup (emphasis - THREATEN). The bluff works but they are required to surrender their telephones and recording devices (Which the dumb-arses DO!). They then have the audacity to be surprised when the 2D Corporate scumbag tosses them into a closet and uses them as guinea pigs for their experimental cure.

I fear that cost the book a star.

The only other major complaints was the obligatory "We humans are short-sighted prigs" speech given by our hero (I would have loved for they feisty Veterinarian to slap his fool face for that) and the forced physical/romantic relationship between our hero and heroine.

Addendum - I have skimmed some other reviews and they pointed out errors I forgot to mention such as:
The President does not have the authority to call out the National Guard. That is the purview of the state Governors.
The Guard does not wear dress uniforms in the field.
There is no such rank as a brigadier colonel.

To defend the book from some other complaints I have to say the government's actions are reasonable and consistent, if harsh. Killing all the livestock and then all of the pets makes sense. I dont like it, but it IS logical.
Read more
4 people found this helpful
Helpful
Report abuse
See all reviews

Harry
4.0 out of 5 stars Good read
Reviewed in the United Kingdom on June 30, 2014
Verified Purchase
Nice story - maybe a bit borrowed from Crichton but that is a compliment. Although it was fairly clear where this was going once the main plot had unravelled it was still very entertaining and kept me interested to the end. Cared about the characters who were well fleshed out and believable - not too much suspension of credibility needed
Read more
One person found this helpful
Report abuse

Ifor
5.0 out of 5 stars Good read
Reviewed in the United Kingdom on June 1, 2018
Verified Purchase
U liked this book. It's a good story and flows nicely. I am biased in liking anything to do with the resurrection of extinct animals. Give it a go.
Read more
Report abuse

Anthony V
4.0 out of 5 stars Scary.
Reviewed in the United Kingdom on August 24, 2012
Verified Purchase
This is a cracking good read. I read this on the edge of my seat.
I don't know how accurate the science behind this plot is but the consept is scary.
What if this could happen just by an accident in a lab somewhere.
Adding extra beasts was for me a bit of an over kill ( excuse the pun )The plot could have ran along without these.
Therefore 4 not 5 stars.
enjoy.
Read more
Report abuse

Amazon Customer
3.0 out of 5 stars Didn't like it really...
Reviewed in the United Kingdom on October 11, 2013
Verified Purchase
Some good ideas, just not very well put together. Once they got stuck in Sector C I stopped reading it. Just found it pretty boring and not too well written. Didn't seem to be any reason to carry on with it. Disappointing really as most of the cheaper Kindle books I've had have been surprisingly good.
Read more
Report abuse

Amazon Customer
4.0 out of 5 stars Great "Outbreak" style story with a scifi twist
Reviewed in the United Kingdom on August 3, 2012
Verified Purchase
Really enjoyed this book about a new virus which can spread between species.
Raises some interesting questions about science and animal welfare.
The two centre characters are well balanced - one being a vet, the other a medical professional - which prevents the book from being too one-sided. Other characters include animal rights activist, scientists, the corporate CEO, farmers. It gives the book a well-rounded feel.
Also portrays the devastion that the various farmers face during such outbreaks.
Great book, I wont spoil the twist, but I thought it was a really novel (bad pun) way to introduce a virus, and although perhaps far-fetched, the author dealt with it in a totally believable way.
Read more
Report abuse
See all reviews
Back to top
Get to Know Us
Make Money with Us
Amazon Payment Products
Let Us Help You
EnglishChoose a language for shopping. United StatesChoose a country/region for shopping.
© 1996-2021, Amazon.com, Inc. or its affiliates