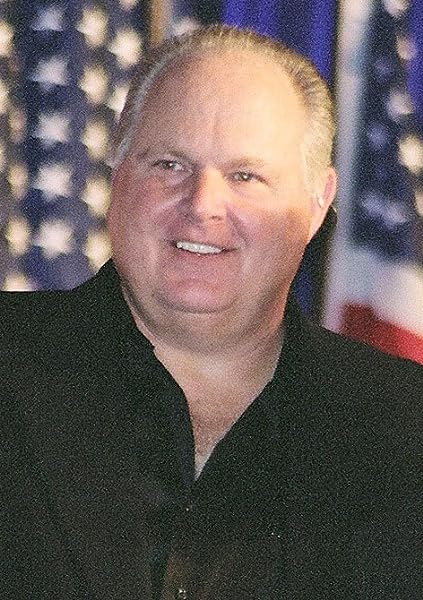 By its second day in the stores, Limbaugh's second book had the biggest early sales of a hardcover book in publishing history. That's what the man himself let slip on his radio show, and as he says, he purveys only the truth--a statement that is itself true in terms of both factual accuracy and ideological sincerity. But the truth has little to do with Limbaugh's appeal and success. Those come to him because he is relentlessly upbeat, an indomitable patriot, a booster for capitalism, and a feisty flouter of sanctimonious special pleaders and those most despised of nay-sayers, establishment (the Times, the Post, Time, Newsweek, the networks, etc.) journalists, who'd be much (well. . . a teensy bit, maybe) more acceptable to Limbaugh if they'd only 'fess up to their liberal bias. All of those qualities are here in spades, just as they were in last year's phenomenal best-seller, The Way Things Ought to Be. What's missing is Limbaugh's hilarious, irreverent, and canny use of pop culture--for instance, the New Orleans novelty song, "Ain't Got No Home," introducing updates on homelessness, and a 1960s surfer-rock parody called "The Little First Lady with Meg'lomania," twitting Hillary Clinton--which highlights his radio program and makes it magnetically listenable. To make up for this loss, there's at least chapter 25, "The Politically Correct Liberal Lexicon," but, really, there's no loss to make up, for Limbaugh in his more somber print manifestation is still political and social commentary so lively it cries out to be read and agreed or disagreed with, but always enjoyed. Ray Olson
Tell the Publisher!
I'd like to read this book on Kindle

4.7 out of 5 stars
4.7 out of 5
106 customer ratings
How does Amazon calculate star ratings?
Amazon calculates a product’s star ratings based on a machine learned model instead of a raw data average. The model takes into account factors including the age of a rating, whether the ratings are from verified purchasers, and factors that establish reviewer trustworthiness.
Top Reviews

M A C 1003
5.0 out of 5 stars I'm so Happy to Have Rush's Book
Reviewed in the United States on June 14, 2020
Verified Purchase
I'm happy to have this book and one other of Rush's. He'll go down in history as one of the greatest conservative radio hosts of all time, and I'm thankful to have been one of his listeners.
Read more
Helpful
Comment Report abuse

Mary Rigert
5.0 out of 5 stars Rush is amazing with his ability to explain the news!
Reviewed in the United States on May 16, 2019
Verified Purchase
A great insight into Rush! LOVE the daily radio program, too!
Read more
Helpful
Comment Report abuse

Colleen Kornkven
5.0 out of 5 stars He liked
Reviewed in the United States on May 22, 2018
Verified Purchase
Ordered as a gift. He liked it
Read more
Helpful
Comment Report abuse

Sandra Grabman
4.0 out of 5 stars Uncensored Rush
Reviewed in the United States on June 23, 2015
Verified Purchase
Yep, that's Rush, all right. He never lies and listening to him or reading his books is almost addictive.
Read more
Helpful
Comment Report abuse

Page 1 of 1 Start overPage 1 of 1
This shopping feature will continue to load items when the Enter key is pressed. In order to navigate out of this carousel please use your heading shortcut key to navigate to the next or previous heading.
Back
Next
Pages with related products. See and discover other items: rush limbaugh history books, rush. limbaugh