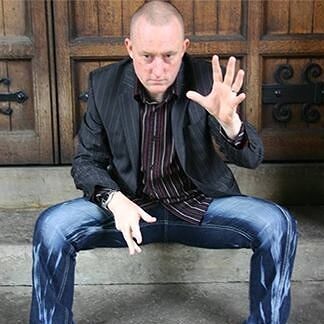 SHITNOSIS Helping you get over the Shit in your life & get your Shit together: Royle also Reveals the FUCK THAT System Paperback – November 21, 2022

SHITNOSIS - Helping you get over the Shit in your life & get your Shit together is written by International Celebrity Hypnotherapist & Mind Coach Dr. Jonathan Royle and is subtitled "Royle also Reveals the FUCK THAT System" which stands for "Fully Unconscious Conditioning Knowledge Therapy Honoring Absolute Transformation"

This is arguably the most truthful, direct to the point, shockingly honest self-help and personal transformation book that has ever been released and along the way as well as learning numerous extremely powerful techniques to reprogram your mind to overcome habits, Addictions, Fears, Phobias, Emotional Issues, Past Traumas, Health Issues and indeed pretty much anything and everything you can possibly think of from A through to Z, you will also discover the true inside Secrets of Hypnosis & Suggestion and how to use them in all areas of your daily life.

Whether your desire is to positively improve and transform your personal or business life this is the book for you as it also contains links and easily scanned QR codes taking you to numerous supporting videos where you will witness Royle demonstrate many of the cutting edge Psychological Treatment techniques that he teaches you within the pages of this truly unique & amazing book.

This book should also be considered essential study for all Students & Practitioners of Psychology, Hypnotherapy, NLP Hypnosis, Counselling, Psychotherapy and indeed all other Talking Therapy approaches & Psychological Treatment techniques as the experiences, knowledge and insights Royle shares on the Power of The Placebo, Nocebo and related Psychological Effects and how to positively harness the proven power of these to make your life better than you perhaps ever imagined possible on all levels is itself worth its weight in gold many times over!

Indeed although intended as a Self-Help Work Book to help the reader delete negative programs from and also to install new positive programs to their Personal Neck Top Computers (Unconscious Mind) the contents and techniques taught within are such that Mind Therapy Practitioners of all Kinds, especially Hypnotherapists will find them extremely useful for use with their clients as well.

This book is not for the easily offended as Royle will and does tell you the truth, the whole truth and nothing but the truth about how to transform any and all areas of your life for the better, but it will ultimately take action on your part.

If you read this book and then do nothing, please do not be surprised when nothing changes for you, however for those of you who are prepared to take the time to put into action what is taught within the pages of this book and also taught to you by way of the supporting videos, we can guarantee you that this is by far the best investment you will have ever or indeed ever will make into yourself and making your goals, dreams, ambitions and true desires in life become a reality.

Most Self-Help Books are full of Winky Wanky, Arty Farty, New Age Style Tree Hugging Bullshit that does not work to any truly noticeable or long-term level.

SHITNOSIS is different, indeed it is very, very different indeed, and ironically all of the shit that others waste time filling their books with has been disposed of and metaphorically flushed down the toilet to leave only that which has been consistently tried, tested and proven to work in changing peoples lives for the better.

This is a book you will refer back to again & again containing strategies, protocols and self-help techniques that are head and shoulders above anything others are offering, this is the real deal this is Real Hot Shit.

Born on 13th August 1975 into a showbiz family whilst travelling with Gandey’s Circus, Alex made his stage debut aged 3 and a bit as Flap the Clown.

Before he reached his Teenage Years he was firmly established as one of England’s Top Up & Coming Magician’s & Stage Illusionists in his former stage name of Alex-Le-Roy.

He is now better known worldwide as Hypnotherapist Alex William Smith or in his stage name as Jonathan Royle Stage Hypnotist and International Hypnotherapy Trainer & Teacher.

Aged 14 in 1989 he became the youngest ever member of the Association of Professional Hypnotherapists & Psychotherapists (APHP) as founded by Dr. Brian Howard of Warrington, England in the early 1980’s.

indeed from the age of 14 in 1989, he started treating people with Hypnotherapy and thus to date (22nd June 2022) has been conducting Professional Paid Hypnotherapy sessions for over 33 years with great success.

Aged 15 in 1990 he became a member of the Association of Professional Stage Hypnotists (APSH) also founded by Dr. Brian Howard of Warrington, England in the early 1980’s.

He immediately started presenting public demonstrations of Hypnosis both for Entertainment and also Educational Purposes.

Therefore to date (22nd June 2022) has been doing Comedy Stage Hypnosis Shows and also Scientific and Educational demonstrations of Hypnotic Phenomena for Over 32 years.

For a brief time during the very early 90’s he was also known as one of the fastest Rising Spiritual Mediums and was dubbed by “Psychic News” as the New Doris Stokes and Uri Geller Rolled into one.

Within a Couple of years he gave up the “Clairvoyance Style” shows and turned to exposing how the public get conned by people who do such performances so they can protect themselves from being ripped off by charlatans.

Then towards the end of 1993 (aged 18) he was engaged by Paul Brady, a then committee member of the National Register of Advanced Hypnotherapists (NRAH) & the International Association of Hypno-Analysts (IAH) to present a training seminar for fellow Professional Hypnotherapists teaching his own insights and experiences into both Stage Hypnosis and also Rapid Transformational Hypnotherapy Techniques.

Therefore to date, he has been presenting training seminars in Hypnosis for Therapeutic techniques around the world to Fellow Professionals including many Medical GP’s, Nurses, Plastic Surgeons, Cancer Surgeons, Dentists and other established and respected Medical Professionals for Fast approaching 30 years.

Since 2017 he has also been a Certified Trainer of NLP from The International Institute of Humanistic Neuro-Linguistic Psychology & Hypnosis.

Indeed it is highly likely that Alex has arguably got more NLP, Hypnosis, Hypnotherapy and Related Mind Therapy and Psychological Talking Mind Therapy Diplomas and Qualifications than any other living practitioner as he has constantly continued his Continued Professional Development over the past 30+ years.

Back in August 2016, he was awarded membership to the “Hypnosis Hall of Fame” becoming only the Fourth Hypnotist in the World to be added to and given this honour by The South African Academy of Hypnosis

On the 6th December 2019, Alex was awarded a Special Recognition Award for his dedication and achievements in the World of Hypnosis over the past 30 years by the Pan-American Centre of Ethical Hypnosis aka Cepahiet

Under his Professional Name “Jonathan Royle” he has over Three Dozen Books about Hypnotherapy, NLP, Mind Therapy and Related Areas available on Amazon and from all Major Book Stores.

He has over the past 25+ years also released over 200 Home Study Hypnotherapy & Mind Therapy Hypnosis Courses on DVD (formerly many on Video Tape) to fellow Professionals and an almost equal number of Self-Help & Personal Development Products and recordings to the general public.

His Television Debut as a Hypnotist was in early 1993 aged 17 on Channel Fours Cult TV Show “The Word” and since then he has been featured on 100’s of TV Shows around the world with his Mind Therapy Skills and Talents.

100’s & 100’s of features on Radio Shows around the World and in National and International Newspapers and Magazines have seen him get the Front Page and a double page spread in The Sun for curing a Ladies Fear of Traffic Wardens and a feature in USA Today where he had a therapeutic encounter with Robert De Niro and Billy Crystal to help promote the launch of their film Analyse that.

In 2012 he was engaged by Tellman Knudson to be one of the headline Speakers on “The Hypnosis Event” which at the time was the biggest attended online Hypnosis Training Event in the world.

Following the Massive World-Wide Success of “The Hypnosis Event” in 2012 where I alongside such names as Marshall Sylver, Dr. Joe Vitale, Steve G. Jones, Tom Nicoli, Nathan Thomas, Richard Nongard, Wendi Friesen, Tellman Knudson, Wyatt Woodsmall and many other top names in the Hypnosis and NLP Industry I was then also engaged as one of the headline Speakers for “The NLP Event” in 2013.

At the time “The NLP Event” was the biggest ever attended online NLP Training Event of its kind and indeed may well still be to this day.

Early in 2020 he launched his online Video Interview Show “Hypnosis Week” via hypnosisweek.com and to date over 100 leading figures from the Hypnotherapy & Hypnosis World have been interviewed by Alex on his show, which in the past few weeks has also launched an Audio Podcast version on all major platforms

He has devised, road tested in the real world and perfected several unique Rapid Mind Therapy Treatment Techniques including:

(The Proven One Session Treatment Approach for Most All Habits, Addictions, Fears, Phobias and other Issues from A through to Z)

(Use this to give your clients the “CURE” to their problem to help ensure they leave your office C.U.R.E.D.)

Now Considered by many to be one of the World’s Leading Authority’s on the “Non State Theory” of Hypnosis and the Reality, Use and Power of “Placebo in Hypnosis”, Alex is one of the World’s Most Qualified, Experienced and Hugely Successful Hypnotherapists & Hypnotic Practitioners.

In late 2017, he ran a one day event which was organised by Sky TV’s “Fat Families” Presenter, Clinical Hypnotherapist & FATnosis Founder Steve Miller during which he taught the truth about how and why all Hypnosis and Related techniques truly work.

Much more about Royle's Career, Achievements and unrivalled qualifications in Hypnotherapy and all areas of the Mind can be