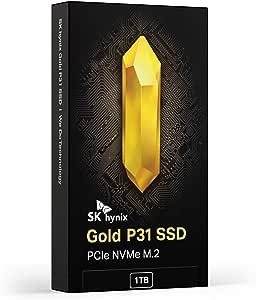 4.8 out of 5 stars
4.8 out of 5
688 global ratings
How are ratings calculated?
To calculate the overall star rating and percentage breakdown by star, we don’t use a simple average. Instead, our system considers things like how recent a review is and if the reviewer bought the item on Amazon. It also analyzes reviews to verify trustworthiness.

Farshad
5.0 out of 5 stars Best Gen3 M.2 NVMe SSD, Highly Recommended.
Reviewed in the United States on August 21, 2020
Capacity: 1TBVerified Purchase
The package was delivered in perfect shape, with enough material to protect the drive in shipping.
I installed this SSD on a power full workstation with Gen. 4 PCIe slot, so I can be sure the interface is not a bottleneck on tests (the dive is actively connected through Gen.3).
The peak read speed maxed @ 3604 MB/Sec and the write speed @ 3355 MB/Sec. (see pictures)
Overall, it has better performance than Samsung Evo plus, and also better write speed than my Gen.4 Gigabyte NVMe drives.
Considering the validity of the manufacturer, having a cheaper price than Samsung EVO plus (-$55) and Gigabyte Aorus (-$65), and the same performance (if not better), and 5-years or 750 TBW of warranty, it is highly recommended.

messi
5.0 out of 5 stars A VERY FAST NVMe SSD!
Reviewed in the United States on August 21, 2020
Capacity: 1TBVerified Purchase
When I first came upon the SK hynix Gold P31, I had my concerns since the brand didn’t seem familiar, but the drive truly surprised me. Sequential read speed comes in close to the Samsung PRO SSD, while sequential write and random speeds are even faster! Even better, that performance comes at half the price, so except for the fact that there is no 2TB option, the Gold P31 seems to excel in all criteria. Speed test results are close to the specifications; there’s also great performance-for-price, a five-year warranty, and great packaging with eco-friendly and plastic-free materials. The safety aspect of the box packaging, which seems to be made of paper, is a big plus: I didn’t have to worry about getting my fingers cut at the hard, plastic edge!
Read more

Def Billy
4.0 out of 5 stars Best overall deal!
Reviewed in the United States on September 20, 2020
Capacity: 1TBVerified Purchase
I first purchased a Samsung 970 EVO Plus because I used to have an 860 and I recall that Samsung had their custom drivers and software that actually upgrades the firmware for better performance (unlike most other brands...) - until I decided to do one last search before I sealed the deal!

The Samsung would have cost me $195 after taxes, but I looked and I kept seeing reviews on this drive and I remember that SK Hynix did have drives, but they were not listed on 'other' sites that I was thinking about buying from. EVERY review rates this drives as near perfect and the fastest PCIE 3.0 drive on most levels - especially write speed, and it is second to NONE in power efficiency and low power use! The only negatives are the PCB color (for some) and some small read drop off when compared to some, but it is still near the top.

Anyone who knows the computer industry knows that SK Hynix, along with Micron and Samsung are the actual NAND and other memory manufacturers that sell or make chips for all of these various SSD and/or RAM brands, all others do not make the memory. This is why this drive is a top performer as they have their own, custom controller, which is very fast. Plus, they have a 128 layer NAND which is a first in the industry and provides many benefits.

After review after review, I realized that the only drives that outperform this one are the most expensive and/or the PCIE 4.0 drives - which heat up a lot and are only available on AMD platforms. All reviews marveled at the low power use and efficiency of this M.2 drive to the point that they were shocked and memorized by it's unusually highly efficient performance! They could not believe it's performance period - let alone for a lot less than other brand's top drives. This is on par with Samsung's top and most expensive drive - the pro and/or the plus.

I tried to go on their website and it was a very slow moving site with no real information on the product and no toolbox software or no custom drivers, so I was wondering how committed they were. However, I knew that they made the memory, so it explains why this drive is so great. Yes - the PCB could have been colored black - or yellow instead of old school green, but I am not able to see it once installed anyway, so it does not matter much to me.

I tried finding info on it such as TRIM, drivers or encryption, but it DOES have all wear leveling features but no encryption. I did not mind the absence of encryption since my Teamgroup (which beat my old 860 Samsung by a lot) SSD did not have encryption or it's own drivers or firmware updates. Once this was installed - it blew away the Teamgroup, the old Samsung and it made my already speedy PC feel like a new PC!

The Samsung that I had always tested below the advertised speed. The Teamgroup drive tested 3110 read and 2008 write when the specs called for 3300 and 2500. The SK tested (using Samsung Magician) 3440 read and 3241 write! This is the first drive I had that got just about at the stated speeds! The increased write speeds truly make a difference in all functions! I was not sure of the benefits of faster write speeds, but once I started checking websites and DOWNLOADING games, playing games and video editing - I THEN noticed the benefits! Downloads now write as fast or faster than the internet bandwidth.

Games like GTA V (or anything, truth be told) have full draw, INCREASED detail, coloring, speed, frames/smoothness and overall performance! It is clear-cut with this drive! There is ZERO performance hits that I noticed with this - only performance increases and a CONSISTENT performance throughout all testing! Photoshop loads a lot quicker. Vegas Pro loads quicker. Even GTA V loads quicker! I am running a 32" at 1440P.

I am glad that when I was picking up the Samsung (before I placed this order!), I returned it right then and there, as I saved about $55 and GAINED a whole lot in performance. SK said that they would revise their website and provide a toolbox (they should have had one before launch - for such a large company), but I am HAPPY that I made this purchase and I trusted this brand because they actually design, MANUFACTURE and SUPPLY the memory to other brands, so of course they know what they are doing more than the other brands!

I give this the same praise as the pro reviewers do! The performance and the price make this a no contest for other brands! You get the performance (or better) of other brands TOP (most expensive) drives or better - for only $135! Again, SK Hynix MAKES the memory, so that is why they can bring such high quality for so low! If you do not know companies that are involved with the sources of PC components - just trust us and get this!
Read more
48 people found this helpful
Helpful
Comment Report abuse

Amnona
5.0 out of 5 stars pleasantly surprised
Reviewed in the United States on September 7, 2020
Capacity: 1TBVerified Purchase
What can I say about this m.2? I have nothing but praise for this ssd and it definitely preforms insanely well without over heating (my guess is the 128 layer NAND made it more energy efficient so it can produce more power without generating as much heat as previous generation 96 or lower layer ssd). I mostly only game on my pc so this is a great way to future proof my storage since all next generation consoles are switching to ssd with similar speeds and since the 30 series video cards saved pc gaming its worth the investment.
Now to the only bad news. I was originally sent the wrong ssd and got a regular 2.5in ssd instead and was understandably upset..... but to their credit they replied to my concerns withen hours of my message being sent explaining my frustration. Withen 24 hours I had a tracking number and a few days later they even checked in with me to make sure the package got delivered and it was the correct item. And to top it all off they even reimbursed me 20 dollers for my troubles and said to feel free to reach out if I have any issues or questions in the future and apologized again while taking full blame for the mistake, this made me feel like they cared about me as a individual and as a company they can admit mistakes and fix them immediately... they will stand behind their product and warrantys and because of this I will be ordering more in the near future and Hopefully they will release larger capacity up to 4tb.
Read more
42 people found this helpful
Helpful
Comment Report abuse

Daniel
5.0 out of 5 stars Absolute Performance for Power
Reviewed in the United States on August 19, 2020
Capacity: 1TBVerified Purchase
I have been using the Gold S31 SATA SSD for computer upgrades and repairs, and bought the new PCIe drive from SK hynix at the news. Seeing the very reasonable price for the performance, I had no hesitation in giving the new drive a try.

Since I was already very satisfied with the SATA products, and knew that SK hynix has a robust presence in the B2B memory chip market, expectations were high for the PCIe version.

So far, I am very happy with my purchase. Benchmarks have proven very strong, and installation has also been smooth. It could be slightly more challenging in some models, so some additional searching may be necessary.

Overall, very satisfactory in terms of speed and performance, not to mention the price-performance.
Read more