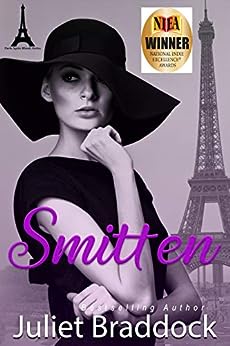 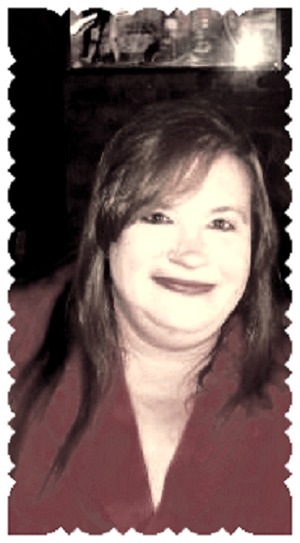 January Gallimore has arrived at a crossroad in life.

For five years, January shared a long-distance love affair with French rock legend, Etienne Marceaux. Their relationship is passionate but comfortable. Caught in the whirlwind between New York and Paris, they indulge in stolen moments in between their chaotic celebrity lives.

Although Etienne certainly knows how to entertain her with his Dominance, January realizes that something is missing. Now a thirty-something actress, she wonders how long her career will endure, and she questions some of the decisions she’s made.

On a spontaneous trip with her best friend to Provence, January encounters a chance meeting with a younger Englishman, Nigel Hereford-Smyth. With his naivete and somewhat awkward aristocratic ways, Nigel, nevertheless, sweeps January off her Louboutin pumps.

Forced to leave Nigel by her filming schedule, January returns to the hustle of Hollywood, only to find her confusion mounting.

Will she choose Etienne, who makes her body sizzle…or Nigel, whose charm and manners leave her SMITTEN?

Juliet Braddock’s first efforts in creative writing came long before she learned to put crayon to paper. In fact, she began spinning stories in her head nearly as soon as she could form complete sentences.

As long as she can remember, she’d always created sagas about imaginary friends, family members and pop culture icons, and kept everyone around her entertained with her witty—but often very tall—tales.

For her sixth Christmas, Juliet’s mother got her a child’s typewriter to preserve all of those creative thoughts filling her head, but she quickly switched to ball point pens and notebooks when the ribbon ran dry.

Most of Juliet’s early attempts at writing romance focused on members of Duran Duran and Spandau Ballet or young leading men on Broadway. However, as she matured as a writer, she decided that it was just as much fun to create her own romantic heroes and heroines.

At an early age, she also developed a love for big cities, and the tallest of skyscrapers were never high enough for her. Juliet’s wanderlust would eventually lure her to New York, a city she often visited during her formative years, and her love affair with Manhattan began. She’d promised herself that one day she would return for good.

Juliet’s passion for writing and for big cities converged, and after graduating with a degree in Journalism, she decided to set out on a journey to find her heart…just where she’d left it.

A week after her college graduation, Juliet made the big move from a small town to New York City, where she has made her home ever since.

In between building a career in communications and writing on the side, she’s indulged in international travel, theater and art. A wine and food buff, she’s by no means a connoisseur, but she can give a few good restaurant recommendations if you’re in the city.

“There’s something so inspiring about living in a city like New York that’s so rich in culture and so very vibrant. Every neighborhood has its own story to tell,” Juliet says. “I often do my best plotting on the subway, just observing the lives unfolding around me. New York truly has a billion stories nestled between the skyscrapers.”

A proud Manhattanite, Juliet couldn’t live anywhere else—except for Paris, perhaps—and is a gushing cat-mom to a Russian Blue mix who was rescued as a kitten from the streets of Brooklyn.

Missy@Bookgasms
4.0 out of 5 stars A fun, sexy, play-ful read!
Reviewed in the United States on March 13, 2018
Verified Purchase
Man, oh man, I love a female leading character who’s not afraid to go after who and what she wants without apologizing to anyone! And that’s just who January Gallimore is in Smitten. I have to admit I am a bit smitten with January’s joie de vivre.

Take January’s relationship with Etienne. She’s realized she’s not getting what she needs in her life and decides to take a break to figure out what exactly it is she really wants. And oh boy, does she figure it out. *I’m looking at you, Xavier, for making the trip to Provence one life-changing event for January*

I loved January’s fun, sexy, live in the moment way of life. Even as famous as she is, she really just didn’t care what the general public thought of her antics. And I loved how she brought out the playful side of Nigel. And awoke something in him.

Vee
5.0 out of 5 stars A sexy, thrilling story of love
Reviewed in the United States on March 29, 2018
Verified Purchase
If you want to settle in with a romantic, exciting novel that has all the components of fun, laughter, tears and ultimate happiness, this is the book for you. The author takes you through the life of January Gallimore, a beautiful, talented actress and model who has a cute personality and a sexy, kinky side. She really evolves as a woman in both tastes and desires while two men, Etienne and Nigel compete for her attention. As usual, in a Juliet Braddock work, this beloved writer provides you with a feast for the senses and a beautiful love story. Spicy, sexy scenes of lovemaking are including too. Most of the story takes place in France and we experience some of its amenities. You will feel as if you’re actually sharing in her joy. January’s bff Xavier supports January in comic relief as well! A must read for all you hopeless romantics. I’m looking forward to this author’s next book!
Read more
One person found this helpful
Helpful
Report abuse

Jschmidt
4.0 out of 5 stars Sexy and Fun Read!
Reviewed in the United States on November 10, 2019
Verified Purchase
Smitten is such a fun read! And don't assume that "fun" means "light"... the characters, especially the lead, January, are multi-dimensional. I appreciate that she doesn’t apologize or hide her preference for BDSM, but also conveys her longing for a life partner and a family. The dialogue can be very funny too. The author clearly has taken great pains to describe the locations and settings with such detail, they make me want to travel to France (and Kansas) to find the exact locations she has created.

All in all, a great mix of sexy, funny, thoughtful moments!
Read more
One person found this helpful
Helpful
Report abuse

Fast Reader
5.0 out of 5 stars Clever romance
Reviewed in the United States on May 24, 2019
Verified Purchase
Intelligent and irreverent, a charming and thrilling love story with characters you want to follow. Some surprising plot twists await!
Read more
One person found this helpful
Helpful
Report abuse

J. H
5.0 out of 5 stars Funny relatable hot Romance
Reviewed in the United States on April 8, 2018
Verified Purchase
I loved this book. I’ve been off Romance for a while due to life and this book was just such fun it reminded me of what I loved about Romance in the first place. Although not an actress I could relate to January quite a bit since I am shall we say of a certain age and we’ve all had that douchebag ex who won’t commit. I also loved that January wasn’t conflicted about what she liked nor was she a virtual virgin. So if you’re looking for something that is sheer fun with some really hot sex... pick this one up.
Read more
One person found this helpful
Helpful
Report abuse

Missy
5.0 out of 5 stars Funny and sexy
Reviewed in the United States on March 15, 2018
Verified Purchase
This book is funny and sexy. I loved the dynamics between the main characters. I am team Nigel. :) And everyone needs a gay best friend to keep life interesting.
Read more
Helpful
Report abuse

January discovers early on in life that she likes to be a submissive. When some personal images are released to the tabloids she finds herself being ridiculed by some and adored by others.

When she meets Etienne she finds that they have the lifestyle in common and they give each other what they both need. After five years January wants more but just isn’t getting it from Etienne. She has been questioning their relationship and Etienne seems to be avoiding certain discussions causing more heartache for her.

January’s best friend Xavier talks her into going on a road trip. While on the trip she meets Nigel. There was something refreshing about Nigel that pulled January in. She could also sense there was more to his story. January starts to teach Nigel scenes, and I have to say I had a LOL moment during one scene. These two decide to take a trip together. As they get closer we find out about Nigel’s past, I felt so bad for him.

When her career pulls her back to the states she continues to struggle with her feelings. Once filming wraps who will she choose, Nigel or Etienne?

I really liked January’s story. Both Etienne and Nigel were great in their own ways, however I have to say I’m more in Nigel’s corner. He was perfect and seemed to be less cold as Etienne. Etienne was a very hot dom and knew how to give January what she wanted but seemed cold in the areas that meant the most. I loved January’s best friend Xavier, he was classic and gave me some LOL moments. Juliet Braddock has once again pulled me right in with her writing. Love it!

I voluntarily reviewed an Advanced Reader Copy of this book. Reviewed by MAB from Alpha Book Club
Read more
One person found this helpful
Helpful
Report abuse
See all reviews
Back to top
Get to Know Us
Make Money with Us
Amazon Payment Products
Let Us Help You
EnglishChoose a language for shopping. United StatesChoose a country/region for shopping.
© 1996-2022, Amazon.com, Inc. or its affiliates