SOG Chronicles: Volume One and millions of other books are available for Amazon Kindle. Learn more
Share <Embed> 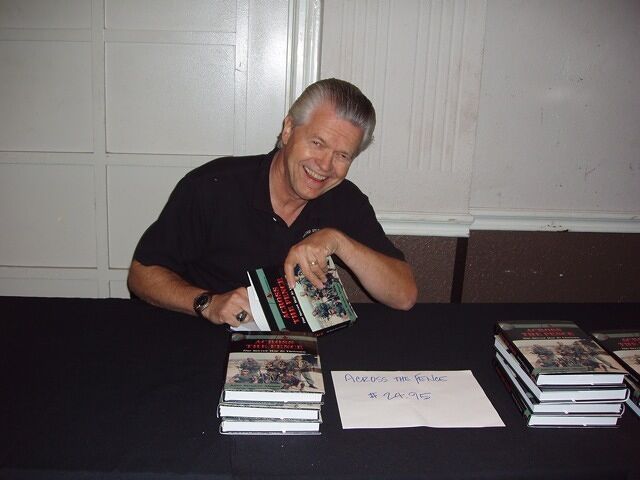 by John Stryker Meyer (Author)
4.7 out of 5 stars 660 ratings
Book 1 of 1: SOG Chronicles
See all formats and editions
Sorry, there was a problem loading this page. Try again.
Read more Read less
Previous page
Next page

Start reading SOG Chronicles: Volume One on your Kindle in under a minute.

4.7 out of 5 stars
4.7 out of 5
660 global ratings
How are ratings calculated?
To calculate the overall star rating and percentage breakdown by star, we don’t use a simple average. Instead, our system considers things like how recent a review is and if the reviewer bought the item on Amazon. It also analyzes reviews to verify trustworthiness.
Top reviews

Robert L.
2.0 out of 5 stars Amazing soldiers, Airmen and events. Horribly repetitive writing
Reviewed in the United States on January 25, 2020
Verified Purchase
Taking absolutely nothing away from the warriors or their operations, as described therein, this book is unfortunately plagued by excessive and unnecessary repetition.

In fact, and to point out just one, I stopped counting after the tenth time, no exaggeration required (see other reviews), that Operation Tailwind was described, and redescribed, as a ‘mission deep into Laos to take the pressure off the CIA’s Operation Gauntlet in the Bolovens Plateau further west in southern Laos...’ or any of the other multiple variations of this same information.

Stated once, it’s providing me information. Awesome. Stated twice, it’s a reinforcement of this central fact - ok, got it. Over ten times throughout the first half of the book, which is solely focused on Tailwind? That’s simply filler, which would have my 7th grade English teacher sending me back my paper for serious revisions, let alone what I would hope would be the critical eye of an editor.

PeonyGal212
5.0 out of 5 stars Another solid installment from the Green Berets who were on the ground in the Vietnam War
Reviewed in the United States on October 11, 2017
Verified Purchase
For anyone who has watched the Ken Burns Vietnam War documentary and wants to hear the special forces/Green Beret/MACV-SOG side of the story from those who were on the ground, this book and John Stryker Meyer's other two books ("Across the Fence" and "On the Ground") will definitely give you a greater appreciation for what it was like for these elite warriors on their secret missions. In this edition of SOG Chronicles, I personally enjoyed learning about the CIA's involvement in Operation Tailwind, and I loved learning more about Ben Baker — the SOG version of James Bond's M. Very cool. Looking forward to future installments!
Read more
11 people found this helpful
Helpful
Report abuse

John M Lambert
4.0 out of 5 stars Liked the photographs
Reviewed in the United States on April 20, 2020
Verified Purchase
Have read too many books on SOG. The research of secondary (names of support air pilots) made the reading tenuous. O skipped the information on equipment carried and such. That important mission and a single chapter on the improper CNN report would have been sufficient. I never served in SOG, but my 18 months experience in Special Forces gives me some credibility. Those men who did served in SOG where special, very special. The ones who I drank with often made cryptic references to their missions, which are clear to me now. Most of the references were about having to leave dead SF or indigenous members of their teams behind. Many put in 1040's to go back because of their guilt. These SOG men where true warriors, those who could not handle it quit and only had to answer to themselves. That was how Special Forces worked. 87 smart men started my training, (medical, 52 weeks) after jump school, 15 finish without being recycled. I would be interested in book that refers the betrayal of indigenous soldiers, it happened.
Read more
2 people found this helpful
Helpful
Report abuse

Frederick Otero
4.0 out of 5 stars SOG vs CNN
Reviewed in the United States on February 21, 2018
Verified Purchase
Behind enemy lines operation run by warriors that were as dedicated as anyone could ask for. The book is a good introduction of the type of special operations performed by dedicated specials forces soldiers, this book should be made into a film because even the film industry could not have come up with a tale to match the valor of these soldiers and it is all real! The follow up CNN snafu is a tale that needs to be examine by anyone interested in how the this tale of valor was almost turned into a tale of disgrace if not for the continued valor of the soldiers that lived this story.
Read more
8 people found this helpful
Helpful
Report abuse

Gordon Cucullu
5.0 out of 5 stars Guts and Glory in a Top Secret Operation
Reviewed in the United States on November 24, 2017
Verified Purchase
In this initial volume Meyer focuses on one of the most dramatic operations of Vietnam or any other war: Operation Tailwind. While I was familiar with aspects of Tailwind this is the first time the entire package has been recounted in detail from inception and execution to slander and libel by CNN decades later.
Some reviewers have criticized Meyer for including the CNN portion or for poor editing. I agree that every author (including me) benefits from good editing, "Chronicles" is not as bad as one reviewer commented. Certainly the content was important enough to read through small glitches.
This book belongs in every library on contemporary military history particularly for those interested in Studies and Observation Group and Vietnam.
Get a copy, you'll enjoy the drama and appreciate the bravery and audacity of the men who carried it out splendidly.
Read more
4 people found this helpful
Helpful
Report abuse

Kindle Customer
5.0 out of 5 stars we must never forget the bravery of all involved in this war
Reviewed in the United Kingdom on December 25, 2019
Verified Purchase
again a must book for all interested in vietnam war this book depi d's the secret covert operations of green berets and their fellow Vietnamese troops who all operated behind enemy lines it's a must it shows the bravery of these soldiers who were used to infiltrate the enemy in their backyard with the knowledge that each mission was a suicide trip these men must have been terrified yet without exception did what they had to do heroes each and everyone of these men women American Vietnamese their actions probably saved many lives and yet the American high up military and senators were quite prepared if things went wrong to deny these operations in Laos and Cambodia the end result was these people were left to there fate after America left what a way to treat there own military and the civilian Vietnamese people and like their future involvement have left a bigger mess in Iraq Afghanistan libya we as people will never learn and it's always the soldier in the front line who bears the brunt without complaint a great read and insight to the war in vietnam
Read more
One person found this helpful
Report abuse

Highly recommend this book to anything with a interest of the secret side of the Vietnam war.
Read more
2 people found this helpful
Report abuse

Across the Pond
5.0 out of 5 stars Excellent Account of the SOG Operations in Indo-China during the Vietnam War
Reviewed in the United Kingdom on December 29, 2020
Verified Purchase
As an ex military officer who served in Vietnam in 1969 this is a subject which interests me strongly. Accordingly, I have read several books on SOG ops by this author and this one is as good as the other ones. Strongly recommended book for anybody interested in the Vietnam War.
Read more
Report abuse

Anthony
5.0 out of 5 stars Very interesting.
Reviewed in the United Kingdom on January 3, 2021
Verified Purchase
Good read well written by the author who had first hand experience of this secret war that not many knew about , highly recommended for anyone interested in the Vietnam war .
Read more
Report abuse

Kindle Customer
3.0 out of 5 stars 50 pages of content stretched to 200
Reviewed in the United Kingdom on March 13, 2019
Verified Purchase
Interesting story about op Tailwind. Glad the book was cheap because it was annoying how they kept on recapping everything they had already said only a few paragraphs before. Respect to all the soldiers who participated.
Read more
Report abuse
See all reviews

Tags that will help you discover similar books. 5 tags
in a seriesmilitaryliterature & fictionleaders & notable peoplebiographies & memoirs
Results for:
Page 1 of 1Start overPage 1 of 1
Previous page
Next page
Where do clickable book tags come from?
Book tags are created from a variety of sources, some of which are customer-generated. Amazon is not legally responsible for the accuracy of the tags represented. If you are an author or publisher and would like to remove a tag associated with your title, please contact your vendor manager or publisher support team.
Pages with related products. See and discover other items: Matches Jars
Back to top
Get to Know Us
Make Money with Us
Amazon Payment Products
Let Us Help You
EnglishChoose a language for shopping. United StatesChoose a country/region for shopping.
© 1996-2021, Amazon.com, Inc. or its affiliates