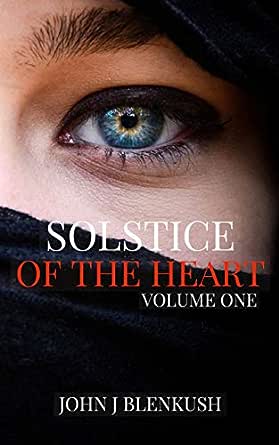 You've subscribed to SOLSTICE! We will preorder your items within 24 hours of when they become available. When new books are released, we'll charge your default payment method for the lowest price available during the pre-order period.
Update your device or payment method, cancel individual pre-orders or your subscription at
Your Memberships & Subscriptions
There was an error. We were unable to process your subscription due to an error. Please refresh and try again. 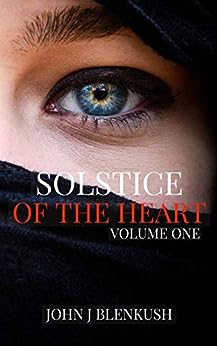 SOLSTICE OF THE HEART Kindle Edition 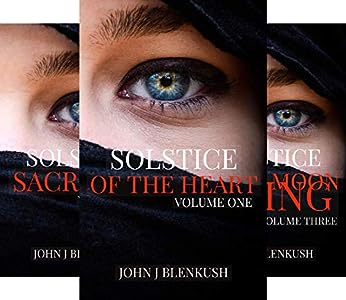 linda
5.0 out of 5 stars Wonderful
Reviewed in the United States on August 21, 2020
REVIEWED BY LINDA TONIS
MEMBER OF THE PARANORMAL ROMANCE GUILD REVIEW TEAM
Julissa Grant has had to overcome the loss of her father, her uncle and her boyfriend and having her mother move them from Minnesota to Shasta City, California. A new school, a new home, a mother who can’t accept the death of her husband and finds solace in a bottle is a lot for a sixteen year old girl to have to deal with but it will only be the tip of the iceberg.

Julissa has found a friend in Cherrie, older and at a different school but living next door. Cherrie is a very unique character who encourages Julissa to skip her last class and join her looking for boys who rock climb. It was there that her life would take a turn because it was there she saw Aaron Delmon for the first time and she knew instantly she wanted to be with him. According to Cherrie the Delmon’s are anti-social and there is no way she will ever get Aaron to speak with her but Cherrie was very wrong.

Aaron has powers that begin to show over time and Julissa has to question whether he uses them for good or evil. She is convinced that he, his cousins and godfather are Lemurians, highly advanced beings from a secret city inside Mount Shasta who like vampires require the use of humans, vampires take blood and Lemurians take energy. Julissa finally confronts Aaron about who and what he is but doesn’t get all the answers she craves.

I have to be honest and state that when I was first approached to read this series my answer was “no”. I was sure that I would have no interest in this story but I finally decided to give it a try and I am happy I did. The book is full of historical facts about the Lemurians, the secret city in Mount Shasta and about Atlantis so if those topics are of interest to you then this book will definitely be too.

The entire story is told in first person by Julissa a character I grew to love. I also loved Cherrie who knows more about what is going on then she first admits. Aaron cares for Julissa and that is definitely reciprocated but there is so much she and I have to learn. The story ends in a cliffhanger but that is not a problem since all the books have been released and I will just pick up book two and read on.
Read more
Helpful
Report abuse

C. Morgan
5.0 out of 5 stars Unexpected and Exhilarating!
Reviewed in the United States on December 12, 2020
Atlantis. Secret Societies. Lemurians. If you find yourself intrigued by any of these, then Solstice of the Heart might just be your cup of tea.

Julissa is your average teen, except that during one year she suffers the loss of her boyfriend, her father and her uncle, after which he mother uproots her to move to California. Not the beaches though, where a teenager might love to hang out, but the mysterious Mount Shasta.

Located in northern California, Mount Shasta is the home of a legend centered on a hidden city of advanced beings from the lost continent of Lemuria. Whether Lemurians actually exist, they do amidst the pages of the Solstice series and author John Blenkush crafts the legend so skillfully, I actually spent an evening researching the mysterious Mount Shasta and it's legendary people.

Julissa does no such research. She has access to the real thing, a young man named Aaron Delmon, whose unique abilities soon have her wondering just what sort of people the Delmon's are and if she should be wary of them. I was reminded of the Twilight series in that respect, but only in that way, as Blenkush's tale is as unique and intriguing as the myths he explores throughout his narrative.

There's action, suspense, romance and a lovely splash across the metaphysical pond where readers explore such profound questions as the true cost of peace and why insects only hop in certain directions.

Unexpected and exhilarating, Solstice of the Heart is a symphony of subtle nuances, harmonious prominences, comprehensibility and resounding ambiguities that set the stage for a consummate fantasy read.
Read more
Helpful
Report abuse
See all reviews