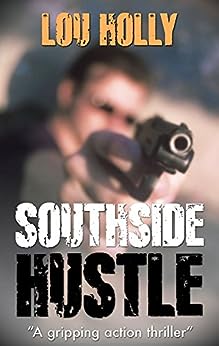 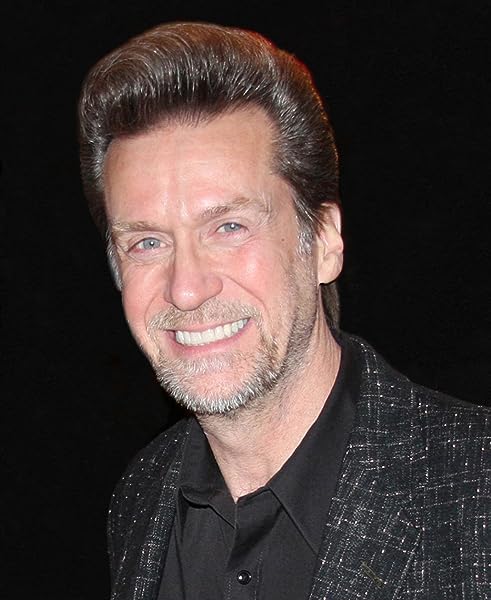 by LOU HOLLY (Author) Format: Kindle Edition
See all formats and editions
Sorry, there was a problem loading this page. Try again.
Every tough guy has a weak spot, and Trick’s is his love for his son

Ex-con Patrick Halloran is trying to get a job and go straight. He missed out on his child’s early years, now all he wants is to spend more time with him. Getting back with his fiery ex, Ginger, would be a bonus.

In jail, Patrick concentrated on one thing: getting his head in order to do right by his son. He trained, studied and kept out of trouble; now he is hoping he can lead a normal life.

When a Mexican gang threatens his son, ex-con Patrick Halloran must turn back to crime.

Under pressure to pay off a debt, and unwilling to turn snitch, Patrick takes a risk, and ends up on the wrong side of a Mexican gang.

Having to raise cash quickly takes Patrick straight back into Chicago’s dangerous underworld where life is cheap, and deeper and deeper into an impossible predicament until he gets an offer he can’t refuse.

If you like tense and gritty crime fiction, look no further than SOUTHSIDE HUSTLE

“Absolutely thrilling, I couldn’t put this book down.” John Carter

"A real page turner, a thrill every minute." Mandy Foster

Lou Holly is the retired editor of Keep Rockin' Magazine and now a full-time novelist. He lives in Naperville, Illinois. --This text refers to the paperback edition.

Lou Holly has been writing since the late 1980s, having worked as a local newspaper reporter, a columnist for trade magazines and further afield. A self-employed entrepreneur most of his adult life, past occupations include owner of a band booking agency, bodyguard for a Chicago actress, and owner of a limousine business. Before his recent retirement, he and his wife published the 1950s and 60s nostalgia magazine, Keep Rockin’. He lives in Naperville, Illinois.

LACROIX
5.0 out of 5 stars When does the Movie come out ?
Reviewed in the United States on September 17, 2016
Verified Purchase
Received this book at 9 am, I thought I would try a few chapters a day and savor the read. Turns out I went through 8pm and could not put the book down. Great character development. There was a part of the book I wanted to rest my eyes but just had to get back into it and See how Pat (Trick) was going to work through another twist in his plan. Honestly this is a Novel made for an Action Movie. I felt all the emotions the author intended the readers to feel . The strongest feeling I had was sadness that the story was over. .. enter sequel please
What a great story. Well done.
Read more
Helpful
Report abuse

Faye M. Salomone
5.0 out of 5 stars Perfect summer read.
Reviewed in the United States on June 29, 2016
Verified Purchase
Action Thrillers are not the genre I usually enjoy but this book was recommended by and friend of mine and I was not disappointed. Never wanted to put it aside but life does get in the way. However, the characters, plot and writing style all contributed to finishing in 4 days. Perfect for your summer reading list because you'll want to finish it in a day and can do that while sitting on the beach! Looking forward to more from this new author.
Read more
Helpful
Report abuse

GWENDOLYN D. OLIVER
5.0 out of 5 stars SOUTHSIDE HUSTLE
Reviewed in the United States on October 30, 2016
Verified Purchase
This is the first novel that I've read by this author. I really enjoyed the storyline because it wasn't far fetched. It was easy to keep up with his writing.
I'll be looking for more books from this author.
Thanks amazon.com for sharing.
Gwendolyn Oliver,goluscious@aol.com
Read more
One person found this helpful
Helpful
Report abuse

Laura
5.0 out of 5 stars Recommended
Reviewed in the United States on May 19, 2018
Verified Purchase
I enjoyed reading this book. Having grown up in the area, it was fun to know exactly where the author was talking about. Also enjoyed hearing a few places mentioned that are no longer there. Blast from the past!
Read more
Helpful
Report abuse

Amazon Customer
5.0 out of 5 stars The best book I've read in a long time!!
Reviewed in the United States on July 3, 2016
Verified Purchase
Well I read Southside Hustle at work on the sneak. Couldn't put it down, read it all in one day. Now I'm depressed cause I'm done. Being from the South Side, I could visualize all the places and areas, streets, restaurants, bars, etc. where Trick was at throughout the story. That made it even better. The story kept my attention from first page to the end. Now I'm curious about Tricks life leading up to his incarceration...hhmmm maybe???
I will definitely keep my eyes out for any more books from Lou Holly, Author.
Read more
2 people found this helpful
Helpful
Report abuse

D.M.
4.0 out of 5 stars Southside Hustle
Reviewed in the United States on October 4, 2016
Verified Purchase
Good read about a young man with a bad start in life. Sad things happen. Things twist and turn.
Has a different ending, I'm not sure I buy. You read and decide for yourself.
Read more
One person found this helpful
Helpful
Report abuse

Mike K
5.0 out of 5 stars Keeps You Guessing!!
Reviewed in the United States on May 13, 2016
Verified Purchase
Southside Hustle kept me engrossed and my mind swaying back and forth as to what the outcome was going to be. There were some surprising touches to this tough story. The main character was smart, but could sure get himself in troublesome situations. I enjoyed the references to the south side of Chicago, since that is where I grew up. Definitely a gripping read. Bobbie K
Read more
One person found this helpful
Helpful
Report abuse

Wayne Turmel
5.0 out of 5 stars Great Chicago crime story
Reviewed in the United States on April 6, 2016
Verified Purchase
For anyone who loves crime fiction, this is a fast, gut-punching read. Set in the South Side of Chicago in the 1980s, you can almost smell the Old Style and char-dogs.
Read more
One person found this helpful
Helpful
Report abuse
See all reviews

Mr. D. Anderson.
5.0 out of 5 stars Full head on action
Reviewed in the United Kingdom on July 20, 2016
Verified Purchase
Starts off at a fast pace and never slows down. A great read from start to finish..
Look for the next book with interest.
Read more
Report abuse
See all reviews
Report an issue
Does this item contain inappropriate content?
Report
Do you believe that this item violates a copyright?
Report
Does this item contain quality or formatting issues?
Report