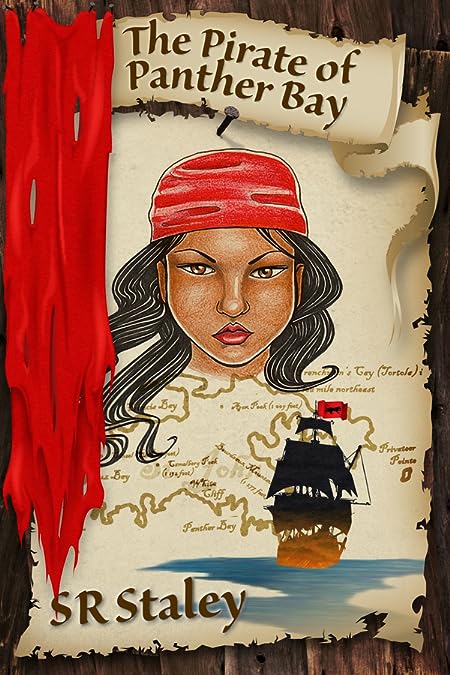 What an amazing journey my writing career continues to be! "Calusa Spirits," the third book in the Pirate of Panther Bay series, comes out in 2018 and takes Isabella, Jean-Michel and her pirate crew from Cuba up the west coast of Florida. Along the way, she has a show down with a rogue tribe of Calusa Indians in the Florida everglades. This is the sequel to "Tortuga Bay," a novel of pirates and international intrigue set in the 1780s (the years leading up to Haiti's slave revolt). "Tortuga Bay" snagged several gold medals and first place finishes in literary competitions sponsored by the Florida Writers Association and Florida Authors and Publishers Association. It was named a Finalist in the 2016 Eric Hoffer Book Awards, ranking in the top 10% of the more than 1,200 titles submitted for review.

I have written hundreds more than 150 articles and commentaries during my two-decade long career as a public policy researcher, analyst, and novelist, but no form of writing captures my interest and passions like books. I love the "long form" of storytelling, and books provide the format and freedom to take my characters down paths my initial idea or outline could never have imagined. I find this especially true in fiction, but it's also true for my nonfiction. Writing is a process, and as a writer, I allow my creative juices to be energized by the journey.

My articles have appeared in hundreds of newspapers and professional media outlets, including the New York Times, Washington Post, CNN.com, Los Angeles Times, Reason magazine, and National Review. I have appeared on NPR, CNN, CNBC and scores of other radio and television broadcast news shows.

I have traveled extensively in my full-time job, giving speeches, lectures and workshops in dozens of cities in the U.S. as well as Europe and Asia. (I've been to China & Hong Kong more than 30 times since 1992). I have traveled to 42 U.S. states and 100 U.S. cities.

Professionally--my "day job"--I am the Director of the DeVoe Moore Center in the College of Social Sciences at Florida State University in Tallahassee where I also teach classes in urban planning and urban economics. I am also a senior research fellow with Reason Foundation in Los Angeles, where I founded the urban policy program in 1997.

Educationally, I earned my B.A. in economics-public policy from Colby College in Waterville, Maine, my M.S. in applied economics from Wright State University, and my Ph.D. in public policy & management from The Ohio State University. I also spent two years in the doctoral program in economics at George Mason University where I was a Bradley Fellow in the Center for Study of Public Choice from 1989-1990. 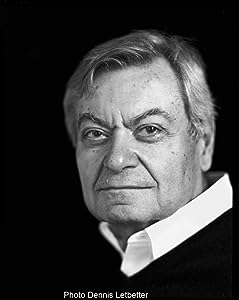 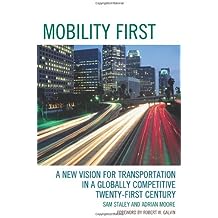 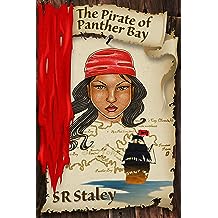 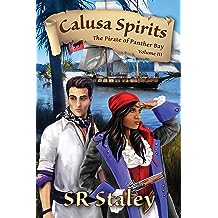 Calusa Spirits (Pirate of Panther Bay Series Book 3) Sep 19, 2018
by SR Staley
( 2 )
$0.99
Ambushed by pirate hunters, Isabella, Jean-Michel, and Juan Carlos have little choice but to make a desperate try to outrun them. Isabella charts a course around Cuba and up the Gulf Coast of Florida, keeping her pursuers at bay as she makes a run for New Orleans and a shot at freedom.

Their provisions exhausted by the cat-and-mouse game with colonial Spain’s Captain-General of the West Indies, they are forced to take refuge and search for food and fresh water behind the barrier islands in the strange, unfamiliar, and eerily calm waters of Charlotte Harbor. Little do they know a rogue band of Calusa Indians, long thought to have been banished from the southernmost reaches of La Florida, have risen again to challenge hostile outsiders, a last gasp at protecting their culture and way of life in wildest of the wilds, the Everglades.

The action doesn’t stop as Isabella and her resilient band of pirates scramble to save their lives in daring ploy to escape the gallows of a relentless foe. Will they make it past the Spanish and the start of a new life?
Read more
Other Formats: Paperback 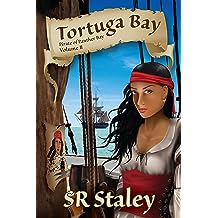 Tortuga Bay (The Pirate of Panther Bay Series Book 2) Oct 2, 2015
by SR Staley
( 4 )
$0.99
When the Spanish royal navy chases the Caribbean’s most notorious pirates into Port-au-Prince, Isabella and Jean-Michel are faced with the grim choice of running the blockade or joining a budding revolution that could spark a slave uprising. Isabella’s run-in with a voodoo priestess, high in the mountains of French-controlled Saint-Domingue, complicates her decision. She is forced to choose between her loyalty to Jean-Michel and the crew, her forbidden love for a dashing army captain, and the freedom of thousands of slaves. Isabella soon realizes her path hinges on the prophecy that has dogged her since childhood and her dramatic escape from the sugar plantation. What does the prophecy really mean?

Tortuga Bay continues the swashbuckling saga of Isabella and Jean-Michel. It began in The Pirate of Panther Bay as they crisscrossed the 18th century Caribbean Sea, wreaking havoc upon the Atlantic slave trade and the colonial economies of Spain and France.


“Isabella sizzles in this swashbuckling sequel to The Pirate of Panther Bay. Her sword slices through oppressors from the first page to the last in an adventure that puts her daring and decisive stand against slavery at the center of a story that shimmers like its Caribbean setting. Unputdownable!”
--Donna Meredith, award-winning author of Wet Work, The Color of Lies, and The Glass Madonna

“In SR Staley's sequel to The Pirate of Panther Bay, Isabella once again shows she is made of as much grit as any male pirate captain. The action starts on page one and never lets up. Through exhilarating battles at sea and the start of a slave revolution on land, Isabella fights for the success of her ship, safety of her crew, and survival of her lover, who happens to be a captain in the Spanish Army -- a sworn enemy. At the same time, she is searching for the meaning of the Prophecy given to her long ago by her now dead mother. Staley's familiarity with ships of war and the history of the region helps readers feel they are part of the action. “
--M.R. Street, award-winning author of The Werewolfe’s Daughter, Hunter’s Moon, and Blue Rock Rescue 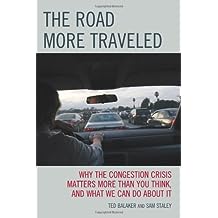 The Road More Traveled: Why the Congestion Crisis Matters More Than You Think, and What We Can Do About It Sep 27, 2006
by Sam Staley
( 4 )
$18.99
Though often dismissed as a minor if irritating nuisance, congestion's insidious effects constrain our personal and professional lives, making it harder to find a good job, spend time with our family, and maintain profitable businesses. After centuries of building our cities into bustling centers of commerce and culture, we are beginning to slow down. The Road More Traveled shines a new light on the problem of traffic congestion in this easily accessible book. You'll learn how we can reclaim our mobility if we are willing to follow successful examples from overseas, where innovations in infrastructure and privatization have made other nations stronger and more competitive. By thoroughly debunking the myths that keep our policy makers trapped in traffic, the book argues that we can and should build our way out of congestion and into a fast-paced future.
Read more
Other Formats: Hardcover , Paperback 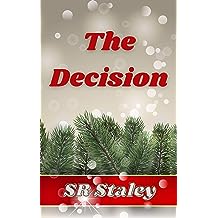 The Decision: A Christmas Novelette Oct 27, 2020
by Staley SR, SR Staley
( 1 )
$0.99
Nicole is the sole descendant of the Klaas family. She is expected to take over the high-tech operation distributing toys to millions of children all over the world. But Nicole want to go to MIT and she has been accepted. What will she tell her dad, Nicolas Klaas AKA Santa Claus?
Read more 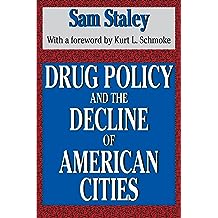 Drug Policy and the Decline of the American City Jul 5, 2017
by Sam Staley
( 1 )
$50.30
The drug trade is a growth industry in most major American cities, fueling devastated inner-city economies with revenues in excess of $100 billion. In this timely volume, Sam Staley provides a detailed, in-depth analysis of the consequences of current drug policies, focusing on the relationship between public policy and urban economic development and on how the drug economy has become thoroughly entwined in the urban economy. The black market in illegal drugs undermines essential institutions necessary for promoting long-term economic growth, including respect for civil liberties, private property, and nonviolent conflict resolution. Staley argues that America's cities can be revitalized only through a major restructuring of the urban economy that does not rely on drug trafficking as a primary source of employment and income-the inadvertent outcome of current prohibitionist policy. Thus comprehensive decriminalization of the major drugs (marijuana, cocaine, and heroin) is an important first step toward addressing the economic and social needs of depressed inner cities. Staley demonstrates how decriminalization would refocus public policy on the human dimension of drug abuse and addiction, acknowledge that the cities face severe development problems that promote underground economic activity, and reconstitute drug policy on principles consistent with limited government as embodied in the U.S. Constitution and Bill of Rights. Designed to cross disciplinary boundaries, Staley's provocative analysis will be essential reading for urban policymakers, sociologists, economists, criminologists, and drug-treatment specialists.
Read more
Other Formats: Kindle , Hardcover , Paperback 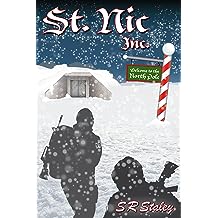 Nicole and her allies are in a race against time to keep their billion dollar global enterprise—and the hopes of millions—alive in this adventure. Her company ensures toys arrive at the homes of millions of children and families from their secret enclave above the Arctic Circle. It also serves as a haven for Little People, hoping to escape the everyday discrimination of mainstream society.

The North Pole is thrown into jeopardy when an arctic accident thrusts two explorers into their midst. The town's residents are convinced Peter and his partner are spies. Ambitious DEA agents hope they can follow the money trail to close down what they suspect is one of the world’s most sophisticated drug cartels.

“SR Staley’s whipped up a fast-paced tale that will keep you on the edge of your recliner from its opening paragraphs to the climax at its end. If it was a movie, it would be a thriller with a happy ending and egg(nog) on all the right faces”
Lawrence W. Reed, President, Foundation for Economic Education