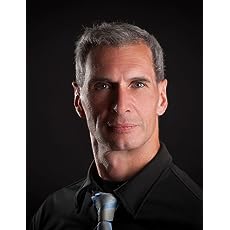 Stephen C. Perkins, the best-selling author of Sorcerers' Dynasty, Twilight's Last Glory, Sky Parlor, and Grand Masquerade, has now created Citadel of Mirrors, his eighth and best novel yet. Beautifully crafted with vivid imagery, mind-bending conspiracies, and thought-provoking social commentary, both new and loyal readers alike will be entranced by its intriguing and masterful storytelling.

While enjoying the books - all of which are listed - in both print and kindle version - at amazon.com/author/stephenperkins - be sure to visit the author's blog, NEWSSPELL at http://worldnewsspell.com --- The only real alternative news source! 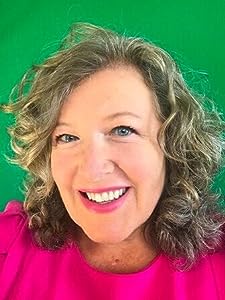 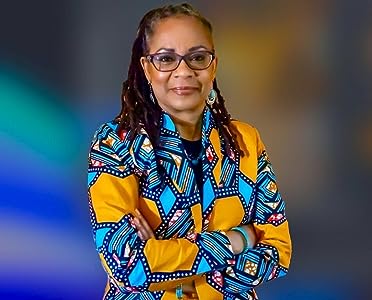 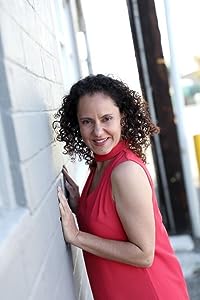 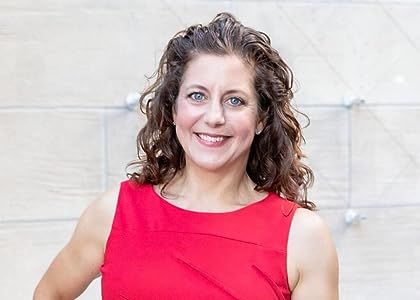 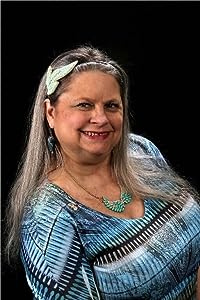 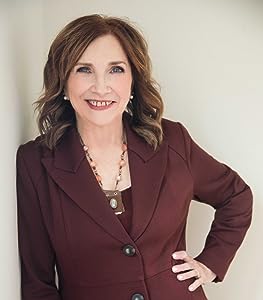 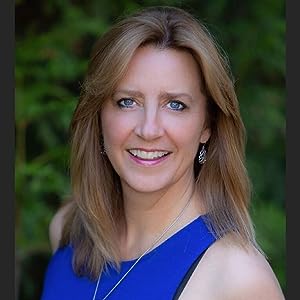 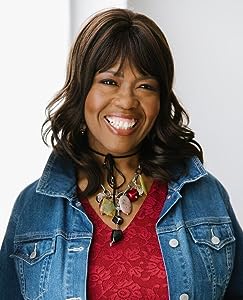 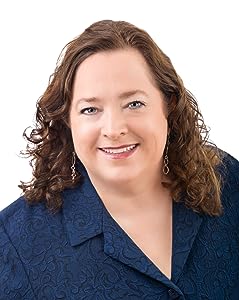 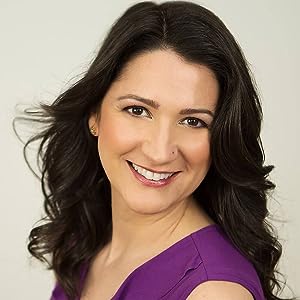 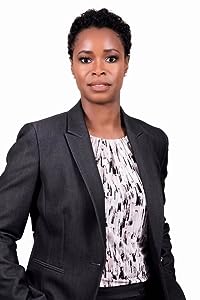 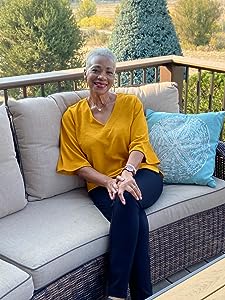 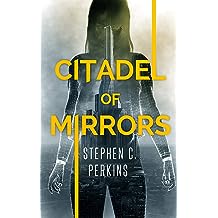 Citadel of Mirrors : A Supernatural Science Fiction Thriller Nov 3, 2020
by Stephen Perkins
( 46 )
$2.99
The past, the future, vanished with a breath of mist.
There was only an everlasting moment of utter terror.
The world was now... a CITADEL of MIRRORS.

Sophia Goldwater will become America's first woman president.
There's only one problem: Sophia isn't exactly human...
But neither is the man maneuvering to get her into the White House.

Jamal Hamilton - a brilliant young inventor - triumphs in bringing the dead back to life.
And a powerful cabal of men will do anything to acquire the technology.

Can a maker destroy his beloved creation to save America and the world from an abominable conspiracy?


"I was pulled into this story from the first chapter and it does not let up, nor disappoint."

"It is so beautifully written." 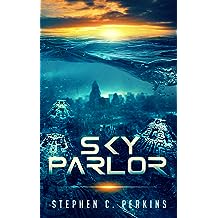 Forget everything you ever thought was real...


From the mind of freethinker, researcher, and author of Twilight's Last Glory, Stephen Perkins, comes a scifi fantasy, historical fiction novel that will make you question the ideas you believe in.

What if... our entire history from the biblical Garden of Eden until now, is due to a love/hate relationship between two ancient gods named Apollonia and Artemis?

From the dawn of mankind... through America's Civil War and into the distant future, these gods influenced and shaped our world.

And then came the Great Rapture... and Sky Parlor was created.
Is it the Utopia we've always dreamed of?
Or will it be their final battlefield?


"A true wordsmith, Perkins’ imaginative storytelling spans centuries and decades into the future. ‘Sky Parlor’ is a truly great work of fiction."

"A spine-tingling sci-fi novel dosed with Greek mythology and tons of edge-of-your-seat fantastical elements, ‘Sky Parlor’ is the kind of novel that you’ll be hard-pressed to put down."

"The depth of storytelling and character development in this story was refreshing in a genre that is rife with formula writers."

"A mind bending thrill of a novel, Sky Parlor has set an impressive new bar in historical science fiction. By couching such fascinating questions into a time-traveling mystery that blends genres so effortlessly, Perkins has delivered a mystical and entrancing book that will appeal to a wide range of readers. If you are willing to have your head spun around a few times and re-attached with new questions about your purpoose in life, this is an excellent summer read." 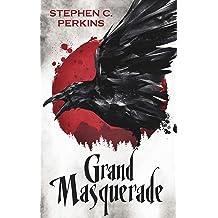 Beware the terror lurking beneath a mask of smiles...

On an ancient ley line, deep within Vermont's dark forests, lives a mysterious and frightening secret...
A forbidden door to a world beyond human perception.
And three hunters are about to become the hunted.

Read with the lights on.

A high-tech executive and a US presidential candidate, who in public appear to be at odds, are covertly working together to flood a small Vermont town. The plan is to evacuate the townspeople to a federal camp where they will be implanted with a newly developed surveillance/mind control device called Minerva.

What they didn't know, is that the town sits on an ancient ley line guarded by spiritual beings called the Others. There's something going on in the Green Mountains of Vermont and it's more than anyone could imagine.

Their visit to the small town, in the guise of a hunting expedition, quickly turns sour. They come face to face with their worst nightmares --- coming back not just to haunt them, but coming alive to take revenge.

The executive's playboy son and the town sheriff catches on to their fiendish plan and tries to stop them --- and discover forces beyond comprehension.

Trust nothing in the Grand Masquerade.
The only thing that's certain is you'll turn the pages with bated breath until you unravel the truth in the final page.


"Grand Masquerade is very entertaining. The story deals with corporate greed, politics, mystery and mysticism. As a Stephen King fan, this book has some of the same elements of a King novel. The readers know that the characters are about to put themselves in danger and the buildup makes for a scary and intriguing book."

"A cross between the supernatural shockers of Stephen King and the political and corporate intrigue of modern television shows such as Succession and Billions, Stephen C. Perkins’ Grand Masquerade is an intriguing thriller with excellent pacing, satisfactory character development and a number of page-turning twists and turns." 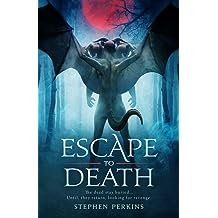 One dead girl. One broken hero.
A sorceress and a serial killer.
One massive conspiracy.
Who will prevail?


From the author of Grand Masquerade comes another page-turning, supernatural conspiracy thriller.

A teenage girl working as an escort goes missing, but Charlie Starker, LA's most respected and feared private investigator, thinks the girl may have been murdered by a sorceress disguised as America's favorite daytime television hostess.

As Hollywood descends into homicidal madness, Starker bravely stares down the demons swarming around him. But will he ever be able to face those demons raging within?

When a mad scientist unleashes his monstrous creations upon an unsuspecting world, PI Charlie Starker knows he must answer the call of duty, or risk death trying.


"Perfect for lovers of awesome detective stories but with a supernatural twist making for an out of the box experience."

"This is not a book that is predictable in any way, and that’s a huge compliment nowadays."

"I’d classify Escape to Death as a thriller with elements of politics, corruption, horror, and even LGBT issues. But that description really doesn’t do it justice. Reading this book felt kind of like going to an action movie in IMAX, except I was sitting comfortably at home." 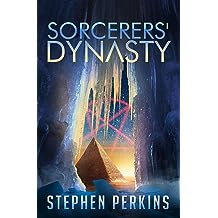 WHAT WOULD YOU GIVE UP FOR IMMORTALITY?

More seductive than sex. More addictive than any drug. More precious than gold. And one man is willing to sacrifice it all to get it!

Beyond the arctic wall of ice lies a new and unknown world. The CEO of the world's most powerful corporation - Theodore von Buren - plans to sacrifice the known world and everything in it to gain immortality in paradise.

˃˃˃ The world is filled with lies and liars and America's most controversial alternative media journalist Dan Sheraton wants to find out why.

Strange things have been seen out in the deserts of New Mexico, and when an even stranger phone call leads him on a dangerous adventure to a mysterious destination, Sheraton discovers earth shattering epiphanies.

˃˃˃ When an insidious plot hatched by a shadowy global corporation threatens the survival of mankind the most unlikely hero emerges.

But is the savior man, machine, god or devil?

˃˃˃ SORCERERS' DYNASTY is a swirling suspense thriller that navigates the reader through a labyrinth of government conspiracies, a crisis of supernatural apocalyptic horror, and a gripping conclusion that no one will see coming.

"...why isn't this a movie?" redheadedbookloverblog.com

Scroll up and grab a copy of SORCERERS' DYNASTY today! 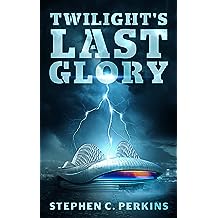 In the future, America's favorite game will be used to control the world...

It is the year 2030 and football has become a global past time. But just like in the days of Rome and the Gladiators, the game is being used by a shadow organization called the Octagonal, not merely for profit, but to subdue the masses --- and therefore, control the world.

As the game grows more violent, the more the masses flock to it, bringing phenomenal profits to the Octagonal. But the players are now at risk.

A doctor comes up with a brilliant idea --- put the consciousness of players into robots through artificial intelligence. Avatars to replace human players as the Octagonal continues to feed society's hunger and fascination with violence.

It's all about the money and the fix is in.

Where will it all end?

Find out in this futuristic, fantasy thriller that will make you ask deep and relevant questions about our society now and in the near future.


"Perkins’ idea of disguising topics of global corruption and organized crime to serve political interests and agendas was phenomenally executed, and I have never come across a book that uses such a unique twist to captivate a wide audience."

"The author joins my band of ‘word alchemists’, writers who weave words together that they project a picture that gives more clarity and meaning."

"Underneath the veil of football references and the mystical-powered force of the “Octagonals” is a more distinguished narrative in which Perkins ingenuously uses these seemingly clashing themes to create a beautifully constructed parallel of contemporary America and Western society."

"Perkins pens eclectic and unpredictable works of fantasy that keep readers clawing through the pages!" Amazon Self Publishing Review 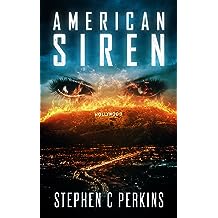 AMERICAN SIREN: A NOVEL Oct 10, 2016
by Stephen Perkins
( 83 )
$2.99
She can make you a star.
But you must first sell her your soul.
For she is the world's secret ruler...
of this world and the one we can't see!
The music industry is merely a veil of secrets. What if the man now calling himself Paul McCartney were an impostor?
William Shears Campbell is an MI6 agent with not only a license to kill, but dark secrets and an even darker past. Now that a part of that dark past has returned to haunt him, he becomes involved in a massive conspiracy. And, this time, he might not be able to shoot his way out of trouble!
When a powerful Hollywood corporate executive hatches a sinister plot to improve the ratings of a popular reality television talent show, there may be more at stake than just ratings!
Read more
Other Formats: Paperback 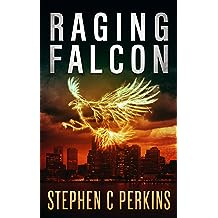 RAGING FALCON: A NOVEL Sep 18, 2016
by Stephen Perkins , Coral Coons
( 103 )
$2.99
In the 21st century, wars are won in the mind rather than on battlefields...
Can one man change American history and the world...
With black magic?
Can he find redemption for the son he betrayed so long ago?
A riveting, frightening, and creative novel!...Amazon Reviewer *****
Major Stacey Keogh is a specialist in psychological operations - a sorcerer and a terrorist disguised in military uniform.
Both ambitious and evil, he will do anything to further his interests, whether sacrificing the operatives under his command, his family and, even his only son. But now in another life, where nothing is what it seems and against great odds, will Keogh choose to utilize his immense magical powers in the service of good to change the world again - this time for the better?
Read more
Other Formats: Paperback