The Sacred Oath Chronicles Book 3: Born Out of Time and millions of other books are available for Amazon Kindle. Learn more 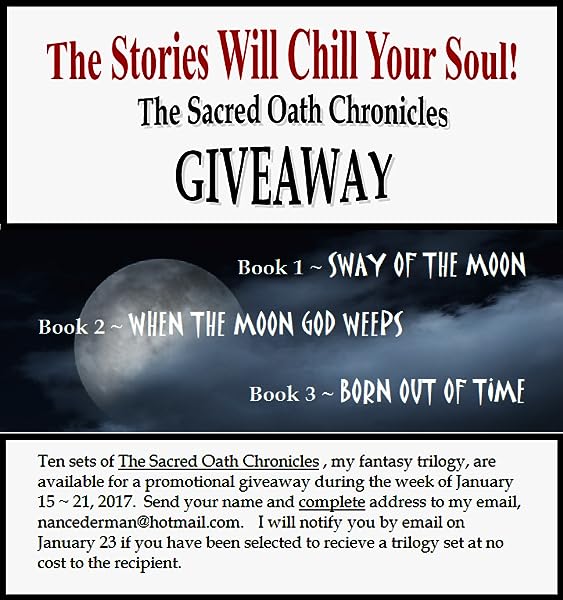 Nan Cederman is a retired science teacher with fond memories of her past students and the pleasure of seeing the light glow in their eyes when they understood a lesson.

An avid traveler, her journeys with her husband to the northwest states in their RV have allowed her to research the heritage of the Native American people. Their beliefs and wisdom reach beyond the bounds of earthly conflicts and have given her a new perspective on their historic struggles that still cause a darkness within our nation.

Thanks to her family’s opinions and expertise, she has been able to create detailed scenes of love and war. Her daughter's lyrical poems and Reki meditations, along with her son's accurate historical accounts of battle tactics, were extremely helpful in the crafting of The Sacred Oath Chronicles.

Start reading The Sacred Oath Chronicles Book 3: Born Out of Time on your Kindle in under a minute.