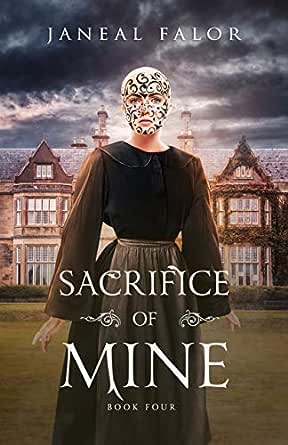 You've subscribed to The Mine Series! We will preorder your items within 24 hours of when they become available. When new books are released, we'll charge your default payment method for the lowest price available during the pre-order period.
Update your device or payment method, cancel individual pre-orders or your subscription at
Your Memberships & Subscriptions
There was an error. We were unable to process your subscription due to an error. Please refresh and try again. 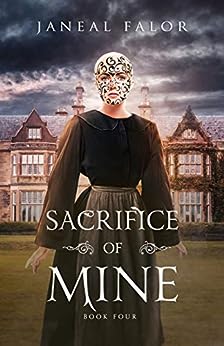 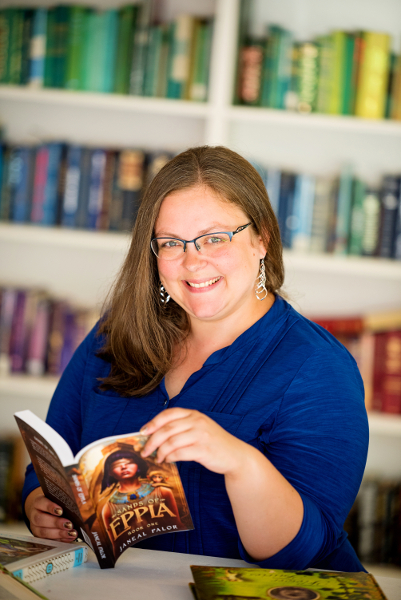 Sacrifice of Mine (Mine #4) Kindle Edition 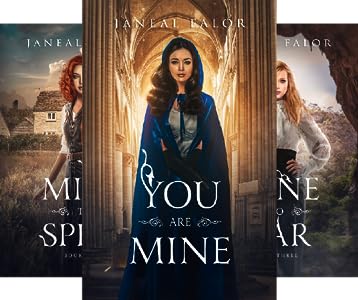 4.3 out of 5 stars
4.3 out of 5
19 global ratings
How are ratings calculated?
To calculate the overall star rating and percentage breakdown by star, we don’t use a simple average. Instead, our system considers things like how recent a review is and if the reviewer bought the item on Amazon. It also analyzes reviews to verify trustworthiness.
Top reviews

Elderflower
2.0 out of 5 stars Tidy, But Disappointing
Reviewed in the United States on July 15, 2019
Verified Purchase
The first two books in the Mine series are riveting, atmospheric, gripping, and well-written. They introduce a cast of characters, and a society, that I really came to care about.

That sent me back to buy the remaining books in this series. If you enjoyed the first two books as much as I did, there will be no stopping you from doing the same.

Just gotta say: Brace yourself for a real drop in quality. Especially Book #3, which carries on the still-interesting plot line, but under a very heavy load of second-rate romance writing and appalling grammatical errors, not just typos. Book #4 is an improvement in quality of writing/editing, but sort of peters out as it ends. And ends with every character neatly paired as if Noah's Ark was setting sail -- boy-girl, boy-girl, and every one of them True Love.

Nancy
4.0 out of 5 stars The Finale
Reviewed in the United States on January 9, 2017
Verified Purchase
Possible spoilers-
This is the final book in this series and Bethany is caught by the law officers as her family is trying to escape to the safety of Envado, a neighboring country. She and her baby sister, Abigail are captured and she is tarnished leaving her tattooed, bald and barren and a prisoner to the Grand Chancellor. As bad as this permanent punishment is, it leaves her in the unique position to be a spy right in the Grand Chancellor's household which created a lot of suspense and the sense of danger. She is able to send messages to her family and finds support with the Grand Chancellor's son Nathaniel. The disappointment in this book came about from Bethany's stupid ideas on how to kill the Grand Chancellor with no thought to the repercussions of those helping her if she failed. Also the climatic finale to finally defeat the Grand Chancellor left me scratching my head in puzzlement with a "Really? That's all it took? You got to be kidding me. No one thought of that before?" I left me rather deflated with the feeling that the author needed to wind the story up so the solution was quick and simple.
Read more
3 people found this helpful
Helpful
Comment Report abuse

TeriLynn Rao
5.0 out of 5 stars Simply Ah-mazing!!!
Reviewed in the United States on October 3, 2015
Verified Purchase
This entire series is such an amazing read, and unfortunately very close to my own heart as a former sufferer... As Serena, Cynthia, and Bethany were able to find their own ways to fight their abusers and come out of their situation stronger and wiser, I too am no longer in that situation, and in a marriage now that comes from love and devotion. Something every man and woman deserves. Thank you for bringing me to tears, making me laugh, scaring me senseless, and making me feel grateful for the love I have in my life, you truly are an amazing writer, thank you again!
Read more
Helpful
Comment Report abuse

Kindle Customer
5.0 out of 5 stars A lovely story of strength and courage!
Reviewed in the United States on April 15, 2016
Verified Purchase
I was enchanted by Janeal Falor's beautiful story of five courageous young women and thier fight for,equality against a unjust ruler and his tyranny. Serena, Bethany, Cynthia and Waverly and Katherine all fight to overthrow the tyrant that seeks to enslave women through the use of magic. This story is fantastic and filled with suspense and heart stopping adventure in every page.
Read more
Helpful
Comment Report abuse

♡Leann Moell♡
5.0 out of 5 stars Great ending to the series!
Reviewed in the United States on November 21, 2017
Verified Purchase
This was a great series that had perspectives from multiple characters, and the end was a good one. Despite all the tragedy it was a happy ending for all...well most who deserved it that is.😉
Read more
Helpful
Comment Report abuse

Spnnngwhl
5.0 out of 5 stars I COULDNT PUT THE BOOK DOWN
Reviewed in the United States on September 25, 2015
Verified Purchase
I loved this book. I started reading in the evening. It was time for bed. I COULDNT OUT THE BOOK DOWN! This book was a page turner. Full of twists, turns and suspense. I lot of questions were answered in this book. I have enjoyed all of the books by this author.
Read more
One person found this helpful
Helpful
Comment Report abuse

Angelbrite24
5.0 out of 5 stars Good read
Reviewed in the United States on September 29, 2015
Verified Purchase
I read all of these books, and have appreciated the stories, characters, and details given to them all. Thank you for sharing them with us!
Read more
Helpful
Comment Report abuse

Amazon Customer
4.0 out of 5 stars Really good, easy read
Reviewed in the United Kingdom on May 28, 2016
Verified Purchase
Easy to follow storyline and loveable characters. This series is a great one for if you want to dip in and out of a book or have a spare 2 hours. It only got 4 stars as the books did tend to have a repetitive plot with a similar situation arising with each girl.
Read more
Report abuse

Kindle Customer
5.0 out of 5 stars Mine series
Reviewed in Canada on November 20, 2017
Verified Purchase
Well written story about struggles and empowerment of women. Altough in a fantasy world, it still depicts that it is the small things that can make a whole lot of difference. That strength is not all to succeeding.
Read more
Report abuse