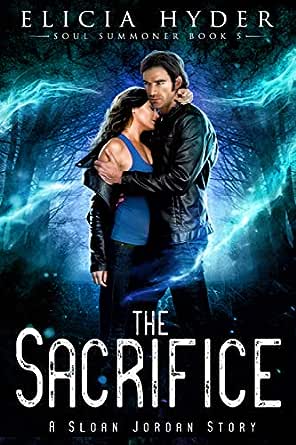 You've subscribed to The Soul Summoner! We will preorder your items within 24 hours of when they become available. When new books are released, we'll charge your default payment method for the lowest price available during the pre-order period.
Update your device or payment method, cancel individual pre-orders or your subscription at
Your Memberships & Subscriptions
There was an error. We were unable to process your subscription due to an error. Please refresh and try again. 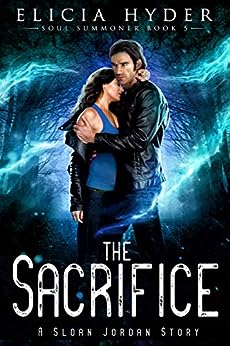 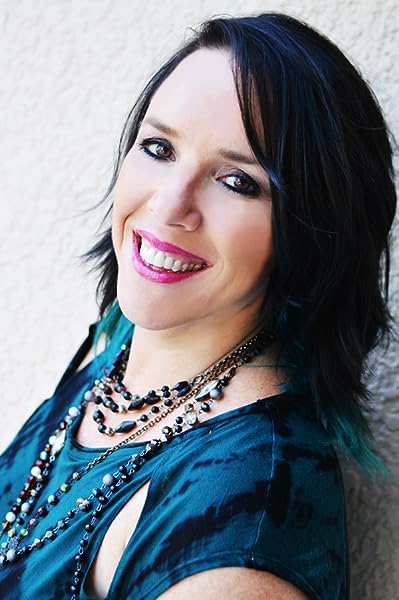 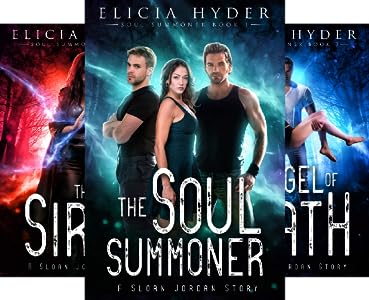 4.7 out of 5 stars
4.7 out of 5
343 global ratings
How are ratings calculated?
To calculate the overall star rating and percentage breakdown by star, we don’t use a simple average. Instead, our system considers things like how recent a review is and if the reviewer bought the item on Amazon. It also analyzes reviews to verify trustworthiness.
Top reviews

Kindle Customer
3.0 out of 5 stars Fell Flat for Me
Reviewed in the United States on March 29, 2018
Verified Purchase
I had really high hopes for this book since I enjoyed the other so much. Well I hate to say I was disappointed. Much of the book consists of everyone running around trying to find Adrianne which is understandable since she is missing but the action doesn't come until almost the end of the book and is almost anticlimactic. There really (for me) was no mystery about what was going to happen and the ending was truly disappointing for me. It was the kind of ending that leaves you hanging, more or less for the reader to imagine what happens after that. I wish I could go into it more but than I would be spoiling it for others. I got the other books on Kindle Unlimited but I paid for this one because it wasn't offered on Unlimited and I wanted to read it so bad. Maybe I should have waited to see if it went on Unlimited.
Read more
12 people found this helpful
Helpful
Comment Report abuse

Jill
2.0 out of 5 stars After 4 really great books, what happened with this book, book 5?
Reviewed in the United States on May 11, 2018
Verified Purchase
I don't know what just happened. I am really disappointed. Let me start by saying how much I have loved this series up until now. I have recommended it to so many people and was so excited for book 5 to come out that I pre-ordered it a couple months in advance.

From the very beginning, The Sacrifice felt different. The writing style is a bit different. The story felt choppy and there were parts that weren't completely clear. There was some dialogue that I had to read a couple times to make sure I understood what was being said/who it was pertaining to.

I still enjoyed seeing all my favorite characters and there were several parts that I enjoyed but it just wasn't as good as I hoped or have become accustomed to from reading the prior four book. It's hard to put my finger on exactly what it was because it was an overall feel mostly.

I really did not like the ending. I'm really bummed with the direction the story went, especially with how things ended for Azrael, Warren, and Sloan.

Overall, The Sacrifice didn't really work for me. I will still recommend this series because I really love it and think books 1-4 are terrific. Plus, just because I don't like book 5 doesn't mean that others won't.

At the end of the book, it says, "GET THE NEXT BOOK The final story in the first “season” of the Soul Summoner series is coming early summer 2018." I'm not sure where exactly the story will go from here but after the ending of The Sacrifice, I don't think I want to read book 6. I think I might just call it good and end here.

For now, I give book 5, The Sacrifice, 2 -2.5 stars. I might change my mind once I've had time to let go of some of my disappointment but for now my feelings are too raw.

Mb4pax
3.0 out of 5 stars I wanted to like this, but . . .
Reviewed in the United States on April 19, 2018
Verified Purchase
I am giving this three stars only because I think the plot is creative and there were no outrageous grammatical errors. Otherwise, I slogged through this book. Everyone is running around looking for Adrienne -- certainly important to find her, but the nearly mindless circling and wailing and shoulder-shrugging -- egad! And this was most of the book. Then just let me say that Sloan at 27 years old acts as if she is still 13 most of the time. Hard for me to accept Nathan or Warren loving her. I hoped this would be the end of the series at over 400 pages. But, alas, another cliff-hanger. I am disappointed in what happens at the rushed ending. I am done.
Read more
9 people found this helpful
Helpful
Comment Report abuse

Mel H
5.0 out of 5 stars The Sacrifice (TSS Vol 5) — Elicia Hyder
Reviewed in the United States on March 27, 2018
Verified Purchase
When Sloan Jordan receives a hang-up phone call, she immediately knows two things are amiss. One: her biological mother was on the line. Two: Said woman called from her best friend’s phone.

With her fiancé extraordinaire, a friend with a penchant for Velcro patches, a fallen angel, a gung-ho tactical barbie/nemesis, and a hungry hulk, Sloan must deliver her baby, rescue Adrianne Marx, and save the universe before summer starts! There are no second chances; it’s do or die. A pregnant woman with a hot temper and a quick wit is humanity’s last hope.

(I was given this Advance Reader Copy (ARC) in exchange for an honest review. Plus, spoiler-free.)

My favorite group of badasses is back for a final battle! It was a pleasure to revisit my favorite ex-publicist, ex-marine, and ex-cop in an all-out war for world peace. Everyone from The Soul Summoner to The Taken returned with their comedic brilliance in Elicia Hyder’s fifth paranormal contemporary.

Heartrending moments were raw and genuine, and I would’ve thrown my Kindle at the wall if I didn’t have to explain that to the insurance company, lol. The action scenes were visceral and intense; I felt included in the fight while chaos ensued. But the back-and-forth banter entwined in dialogue and monologue—that made this book (and the entire series) a success! Even though I knew all the characters, eL managed further character development and kept chapters flowing with nuances and novelty.

The last third of the book went at warp speed compared to the steady pace of the novel. Still, everything transitioned cohesively even with the fast unravel because the build-up met the resolution and exceeded my expectations. (In other words, the novel didn’t fall flat after breaching the climax.)

The Sacrifice is my favorite of the series! It was hilarious and heartbreaking and suspenseful and romantic. It had me unabashedly laughing out loud in public in every chapter and depleting my tissue box with swoon-worthy moments. This page-turner tested true friendship and love's limits while the clock wound down.

Gemma
5.0 out of 5 stars Enthralled from the first word
Reviewed in the United Kingdom on March 30, 2018
Verified Purchase
I was hooked from the first page, I have been waiting for this book with bated breath and wasn't let down, I think some people may not be happy with how this book turns out but I think Elicia Hyder has done another fantastic book, kept you anticipating, wasn't predictable, lots of unexpected twists, I have really loved reading this book and I'm eagerly awaiting the next, Well Done Elicia you are an extremely talented writer, your characters are fresh and well thought out, you really do feel for them. Thank you for such a great series.
Read more
Report abuse

Amazon Customer
3.0 out of 5 stars I hated the ending
Reviewed in the United Kingdom on April 2, 2018
Verified Purchase
I love this series and was really looking forward to reading this book, but I was really disappointed in the way the story ended. This reads like the end of the story but there was no epilogue, which would have been a fantastic way to really resolve the story, and so it doesn’t really feel finished. You can see what the author is trying to do, but she doesn’t really execute the ending that she is trying to achieve.

I would love another book to this series, but I don’t know how that would work.
Read more
Report abuse

colleen churchill
5.0 out of 5 stars What a good story teller this author is
Reviewed in the United Kingdom on March 30, 2018
Verified Purchase
Oh what an emotional roller coaster this book took me on.I must admit even with all the action I sobbed my way through the last parts of the book. I cried so much that I ended up with a headache. What a good story teller this author is. I long for the last book in this series I am holding on to the quotation [ for now ] !!!!
Read more
Report abuse

Brenda
5.0 out of 5 stars Excellent book - excellent series.
Reviewed in the United Kingdom on April 10, 2018
Verified Purchase
This book was well worth the wait after having read the previous four in the series. Elicia Hyder is an excellent story teller. Her books flow with humour, romance and action and she makes you fall in love with her characters. This series, along with the other books she has written, are amongst my favourites.
Read more
Report abuse

Kindle Customer
5.0 out of 5 stars Brill
Reviewed in the United Kingdom on April 8, 2018
Verified Purchase
Proper roller coaster, edge of the seat reading. Sloan's pregnancy is by far the most dramatic, it all so had more side effects that make this a truly awesome story.
Read more
Report abuse
See all reviews