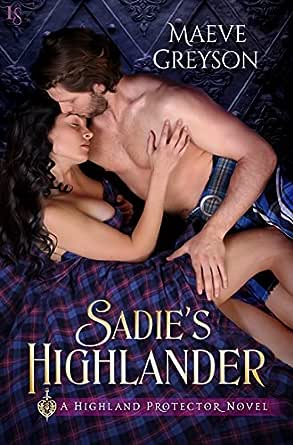 You've subscribed to Highland Protectors! We will preorder your items within 24 hours of when they become available. When new books are released, we'll charge your default payment method for the lowest price available during the pre-order period.
Update your device or payment method, cancel individual pre-orders or your subscription at
Your Memberships & Subscriptions 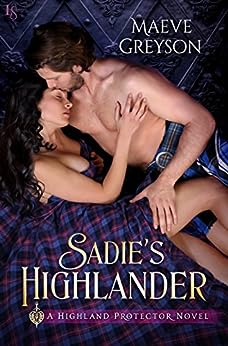 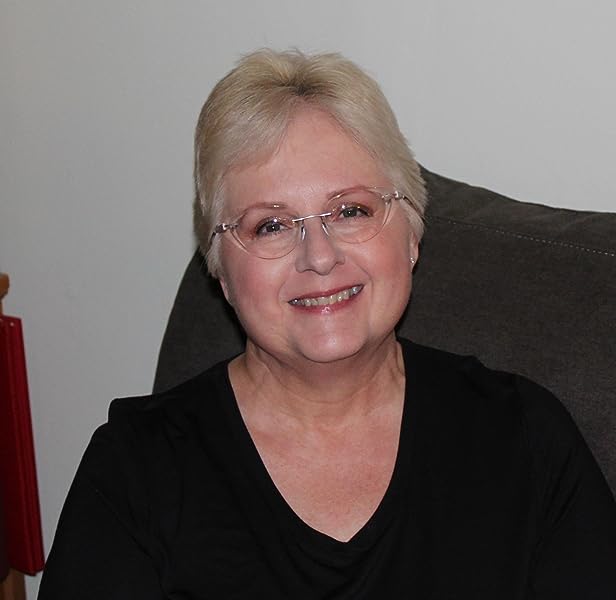 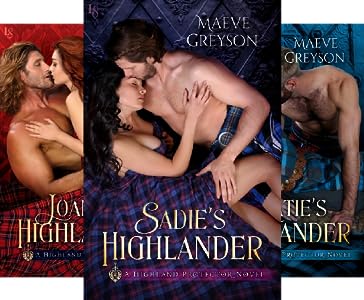 “Readers will delight in the fiery passion that ignites between characters and they will relate to the varying degrees of family dynamics. The author beautifully meshes the past with the present. . . . An awesome read, Sadie’s Highlander can easily be read in one sitting and will stay in the minds of readers long after the last page.”—RT Book Reviews

“With scintillating sex and plenty of romantic angst, this novel is likely to appeal to those who like their romance on the hot side.”—Publishers Weekly

“I loved the way Maeve wove the past with the present. It was a delight and I was pulled right in to the story. It gave me all the feels and I really dug her hero, hello Scottish Highlander!”—Shana Gray, author of Working Girl

“Pair a hot, alpha Medieval Scotsman with a modern-day woman who never had the right chance at love and you have one steamy and romantic page-turner. Sadie’s Highlander is a must-read for fans of to-die-for alpha heroes.”—Cecy Robson, 2016 RITA Finalist for Once Pure and Once Kissed

“I ran the whole gamut of emotions. This book was just what the doctor ordered! I loved it and can’t wait to read the next in the series.”—Buried Under Romance

“Sadie’s Highlander is a lusty, luscious story—and the icing on the cake is that it’s the first of Maeve Greyson’s Highland Protectors series. More men in kilts to come!”—Heroes and Heartbreakers

“Sadie’s Highlander was a fun and light read. It was a good escape from the summer heat, although it certainly brought its own kind of heat with it.”—Musings of a Bookish Kitty

“I was captivated by this romance. It was fantastic. I read it in one sitting, it was so good.”—Simply Enchanting Books

“A Cinderella-esque romance with Scots and time-travel! Sadie’s Highlander is book one in Maeve Greyson’s Highland Protector series. Love, laughter and magic makes this a must-read!”—The Librarian’s Corner

“Sadie’s Highlander was a good read with a very interesting plot and a family of characters that was easy to get sucked into. I would recommend it to anyone who likes historical or contemporary romance reads.”—Full Moon Bites

“This story was full of true feeling, and there was plenty of drama, laughter, silly moments . . . a sexy filled story that will keep you coming back for more. Simply irresistible!”—Addicted to Romance

4.6 out of 5 stars
4.6 out of 5
80 customer ratings
How does Amazon calculate star ratings?
Amazon calculates a product’s star ratings based on a machine learned model instead of a raw data average. The model takes into account factors including the age of a rating, whether the ratings are from verified purchasers, and factors that establish reviewer trustworthiness.
Top Reviews

Janice
5.0 out of 5 stars Swoon-Worthy Highlander Romance!
Reviewed in the United States on September 13, 2017
Verified Purchase
Sadie and Alec…sigh, a swoon-worthy Highlander time-travel romance! It was different from the other Highlander romances I’ve read by this author as it wasn’t as humorous…it dealt with a tough subject, cruelty by an overbearing family member. Sad to say, I could relate to this and really empathized with Sadie. God bless Alec and his love for Sadie because she needed that in her life. It was truly a wonderful love story, full of hope and promise. And I was thrilled that the cruel family member got a well-deserved come-uppance!
Read more
2 people found this helpful
Helpful
Comment Report abuse

SherryO
5.0 out of 5 stars Captured my heart
Reviewed in the United States on June 18, 2018
Verified Purchase
Everytime i see the name "Maeve Greyson" I smile because I know there's another wonderful book to get lost in. Highly recommend all her books to anyone who wants a better than "Cinderella" story told with a mix of love and humor. A true HEA.
Read more
One person found this helpful
Helpful
Comment Report abuse

Kira292
5.0 out of 5 stars Beautifully written
Reviewed in the United States on June 16, 2018
Verified Purchase
I loved this book, as it is extremely well written. I laughed out loud and cried more times than I can count. The storyline is lovely and touching. I enjoyed every word, and can not wait to read the second book, “Joanna’s Highlander!” I recommend this book to anyone looking for a time traveling Scottish romance. You will not be disappointed !
Read more
Helpful
Comment Report abuse

Patricia A. Garner
5.0 out of 5 stars Fast read
Reviewed in the United States on April 28, 2018
Verified Purchase
I love the different time travel story line. Can’t wait to see what happens with the rest of the clan
Read more
Helpful
Comment Report abuse

Amazon Customer
5.0 out of 5 stars Wonderful!!!
Reviewed in the United States on November 13, 2018
Verified Purchase
Great read! Love the highlander. Once you start reading you don't want to stop. On to the next book and the next story.
Read more
Helpful
Comment Report abuse

Michele
5.0 out of 5 stars 5 stars
Reviewed in the United States on November 5, 2017
Verified Purchase
Amazing story,
I love it!

Maggie Jo
5.0 out of 5 stars Great Beginning Series with Scottish Highlanders and Time Travel -
Reviewed in the United States on September 12, 2017
Maeve Greyson delivers another great book and beginning to a series in Sadie’s Highlander. Sadie is the adopted daughter to wealthy deceased parents who left her very little and left that little bit under control to a cruel, lying, selfish sister. Her sister, Delia, runs the family film business with Sadie as her assistant. Delia wants to film on location at a Highland Life and Legends theme park in North Carolina.

Alec MacDara and his family, parents, three brothers and a sister, live on the land in which the theme park is located. It is Sadie’s job to convince the MacDara’s to let them use their land. Sadie begins emailing Highland Life and Legends daily to try to win them over. She believes she is emailing an assistant like herself and begins to really open up to the ‘assistant’ about life in LA and the quirks of her job and the people around her. But, in reality, she is emailing Alec. He pretty much falls in love with her through the daily emails.

Alec and his family are the protectors and keepers of the Heartstone and the weapons used to protect it. They were transported fifteen years earlier from Scotland to North Carolina by the three goddesses to whom they are responsible. The Heartstone and weapons are under the castle and mountain located on the property, too. The castle will one day be Alec and his wife’s home once his heart finds his wife. Alec begins to believe through the daily emails that Sadie might just be her. There is something about her in the emails that calls to him.

Delia and Sadie make a visit to the theme park to convince the MacDara family of the benefits to them to allow Delia’s film to be filmed on their land. Alec’s agreement is that Sadie must stay with his family throughout the filming and they must stay away from the castle and the parcel of land surrounding it. Sadie finally agrees to stay with the family, but does not quite trust Alec. Delia, also, agrees to stay away from that section of land.

Sadie and Alec’s connection is quick and strong. Alec becomes her protector against Delia and those who work with her. Sadie must convince him that she has and can take care of herself, especially where her ‘evil’ sister is concerned. Sadie wants to be a screenwriter and knows she must placate Delia in order to hope to one day be allowed to write. Ms. Greyson wrote Sadie as a caring, humorous heroine who is a bit curvaceous and overweight, not your typical tall, thin, athletic heroine and you like her all the more for it.

Not one to give away a story, you know Sadie gets her highlander in the end – it’s the getting there that makes for a good tale. You will find their romance to be quite sensual at times as Ms. Greyson is gifted in writing that way, especially as Sadie learns the benefits of true highland dress for females, as well as, for males in their kilts. Just picturing Alec in a kilt is mouth watering.

You, too, will love the secondary characters as Alec’s family are included. Each of the brothers is responsible for one of the weapons in connection with the Heartstone. We should get to see how as the series progresses. Esme, their fifteen year old sister, was born and raised in today’s time, not the Scotland of old from which they came. Reading about her growing up in the upcoming books of the series may be really entertaining as she is quite challenging and witty when frustrating her brothers.

This is a definite read as Maeve Greyson can weave a tale of historical Scotland ideals into modern day times beginning with a bit of time travel and folklore. Enjoy!