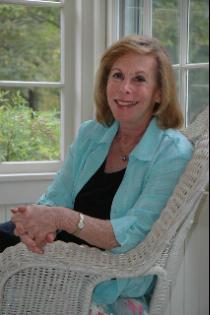 by Ellyn Bache (Author)
3.3 out of 5 stars 2 ratings
See all formats and editions
Sorry, there was a problem loading this page. Try again.
As the mother of seven boys, Mag Singer fears she will never have the career she dreams of. But she begins to re-evaluate her priorities after she learns that her troubled middle son is missing after the terrorist bombing of his Marine barracks in Beirut. For three days, as the family awaits word of his fate, they are forced to come to terms with themselves and each other, and to rediscover the deep reservoir of love they once shared.
Read more
Previous page
Next page

Bache's language is fluid and funny, and one comes to care about every one of her characters. --Publisher's Weekly, July 26, 1988

This warm-hearted novel works on a number of levels-as a suspense tale, as a family drama, even as comedy-but its truest achievement is its recognition of the complexities of parenting. --Booklist, June 1, 1988

A page-turner,[and Bache]also knows her characters. From page one, this book's tense. --Baltimore Sun, August 1988

This critically-acclaimed novel was a Literary Guild and Doubleday Book Club selection twice - once when it was first released and once when it was made into a 1995 feature film starring Susan Sarandon and Sam Shepard.

Ellyn Bache is the award-winning author of eight other novels, a nonfiction journal about sponsoring refugees, and a short story collection that won the Willa Cather Fiction Prize. "Safe Passage" was a Literary Guild/Doubleday book club selection later made into a film starring Susan Sarandon.

At four-thirty on Sunday morning Mag came up from sleep with her heart thumping and sweat pouring from her, the way she'd awakened years ago when her son Izzy was out delivering newspapers and she found him two blocks away lying on the street with a broken ankle. She sat up in bed, wide awake, sick to her stomach. She hated motherly premonitions; she thought she was through with them. Except for Simon, the seven boys were grown. She pulled her gown in and out from her chest to cool herself, but the sweat kept coming. Once you had children, you were vulnerable forever.
Read more

I started writing when my first two children were toddlers, we were living in a tiny apartment in West Virginia where I knew no one, and my husband and I were sharing one car. I got out only a few days a week and desperately needed some "adult" work for those long, homebound afternoons. When I volunteered to write a press release for the humane society, it appeared in the local paper, complete with my byline. I was hooked! I think I've written something almost every day in the 30+ years since.

I started out as a freelance newspaper journalist -- something even a stay-at-home mom could do -- and spent six years teaching myself to write fiction (six years of rejections!) before my first stories began appearing in magazines like McCall's, Good Housekeeping and Seventeen, which published lots of fiction in those days, and in literary magazines like The Carolina Quarterly.

I wrote my first novel, SAFE PASSAGE, after the youngest of my four children went to school, and I've been writing novels ever since. In 1995, SAFE PASSAGE became a movie starring Susan Sarandon, a great thrill, and many of the other books have received various recognitions and awards. But the greatest thrill has been the privilege having a long, satisfying career that has also let me spend so much time with my family. What more could any writer want?

Information about all my work is on my website, www.ellynbache.com, and there's a radio interview about my latest book, "The Art of Saying Goodbye," at http://www.blogtalkradio.com/joyradio/2012/11/14/ellyn-bache-author-of-more-than-a-dozen-books.

Beach Grammie
4.0 out of 5 stars Safe Passage
Reviewed in the United States 🇺🇸 on January 12, 2013
Verified Purchase
A wonderful read. Interesting family dynamics and of course the perfect ending to the story. Brought me back in history.
Read more
Helpful
Report abuse

Jayfred
2.0 out of 5 stars Not recommended.
Reviewed in the United States 🇺🇸 on January 27, 2017
There were a few glimmers that she can be a talented writer, but mostly i was disappointed.
Read more
Helpful
Report abuse
See all reviews