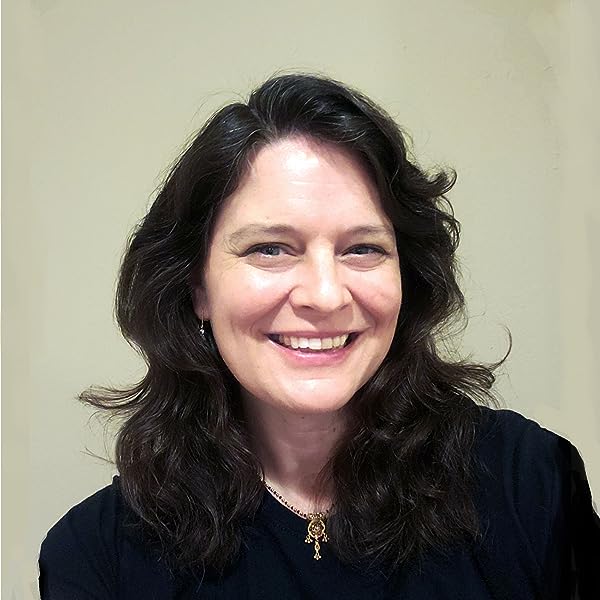 "5 Stars. Author Esther Archer Lakhani has crafted a fascinating story unlike anything I've ever read before, and one which will certainly grip its intended YA audience and not let them go until the mysteries of the plot are solved... An excellent allround read." -Reviewed by K.C. Finn for Readers' Favorite

"5 Stars. Esther Archer Lakhani has done a brilliant job of bringing this unique story to life... a very interesting and fun idea that is not your typical sci-fi thriller. I definitely would recommend The Safekeeper to friends, and cannot wait to read more of Esther Archer Lakhani's other works." -Reviewed by Tiffany Ferrell for Readers' Favorite

"5 Stars. Using familiar themes of alien invasion, body-snatching, and intergalactic warfare, Esther Archer Lakhani has concocted a fascinating storyline. With a swift pace, smooth flow, and a plot full of unexpected twists, The Safekeeper is a captivating read. There are indications of a sequel, and I am looking forward to reading it."-Reviewed by Shrabastee Chakraborty for Readers' Favorite

"RECOMMENDED by the US Review. Engaging from the first chapter, this is a book that readers won't be able to put down. It will make them laugh aloud at times and aid in their wonderment about the universe that surrounds them. The descriptions are beautifully detailed and cause the audience to feel as if they are experiencing the drama, horrors, and craziness in person. Overall, this tale is excellently done in its plot, written word, and style." -Carol Anderson, D.Min., ACSW for US Review of Books

"5 Stars. The Safekeeper is a well-balanced and creative fantasy novel crafted by promising first time author Esther Archer Lakhani. With Guides and Guardians, a highly intelligent but sarcastic crow, and a wild assortment of out-of-this world creatures, this novel is a wonderful adventure for young adult readers." -Reviewed by Nicky Flowers for Indies Today

Start reading The Safekeeper on your Kindle in under a minute.

Emmarhujo
5.0 out of 5 stars Original YA Sci-Fi?!?!
Reviewed in the United States on November 2, 2020
Verified Purchase
That's right! This book is original, beautifully written, and full of surprises. The world building (worlds building? Planet Earth is only home to some of the characters) is interesting and engaging, and Macy is a teenage hero I can get behind. When we meet her she's already extraordinary with a big secret any kid would struggle with. As the story progresses, her life (and the secrets) somehow get even more complicated and she handles it with bravery, independence, and a wry sense of humor. I loved going on this journey with her and you will too.
Read more
5 people found this helpful
Helpful
Comment Report abuse

Camille Liscinsky
5.0 out of 5 stars The Safekeeper
Reviewed in the United States on October 29, 2020
The Safekeeper is a terrific fantasy and exciting page turner. Ms. Lakhani has written a perfect combination of the real and familiar world a teenager can relate to AND the fantastic world a reader wants to know about. She really captures a teen's voice and humor. Readers will love Macy, the fifteen-year-old protagonist who is feisty, smart, confident, and kind. The other characters are so well-defined, it's fun to imagine them as they appear to be - and as they really are. Who's of this world? Who isn't? Twists abound at just the right pace. The Safekeepers' adventures left me wanting more. Please bring back Macy!
Read more
5 people found this helpful
Helpful
Comment Report abuse

Aaron Rulison
5.0 out of 5 stars Creative and vivid
Reviewed in the United States on October 31, 2020
Click your seat belt and prepare to stretch the bounds of your imagination as you follow fifteen year old Macy Steward through a series of otherworldly challenges. She lives in a forest retreat that is more than it seems. And new boy Nick is not what he seems either. But Macy faces down trouble like no one else could.

I adored the lush worldbuilding of Lakhani’s limitless and sophisticated imagination. I was charmed by the dynamics between Macy and Nick. The literary craft is excellent. The work is propelled from start to finish by a series of perfectly set cliffhangers.

I hope there will be follow on books, as I’m not ready to leave this amazing new world.

I recommend The Safekeeper to lovers of Sci-Fi and Fantasy novels. You won’t be disappointed.
Read more
4 people found this helpful
Helpful
Comment Report abuse

Whispering Stories Book Blog
4.0 out of 5 stars An impressive debut novel that will appeal to those who want something different
Reviewed in the United States on November 17, 2020
Fifteen-year-old Macy Steward works at her family-run Greenmont Grith Retreat Center where humans play body hosts to offworlders for three days in which they come to Earth to relax. Activities include yoga, arts & crafts, hikes, mindfulness sessions, and much, much more. The hosts have all been selected or volunteered. This time just five offworlders are waiting to join the retreat, so only five humans are needed.

The retreat is a secret, private affair governed by the Orbit Center Council Order and there are rules for both humans and the offworlders to make sure everyone is happy and everything runs smoothly.

However, this time things are a little hectic including a newcomer to town, student Nick Pendigan sniffing around the place under the guise of wanting to take Macy out, the resident crow called Clio has gone missing, the offworlders are not behaving themselves and something is not right with the one they say is just an errand boy. Plus Macy keeps on seeing things, such as a moving Gargoyle, her friends turning into creatures, and Clio no longer just being a crow.

Is something stranger going on, is Macy losing it, or is there something more suspicious happening?

The Safekeeper is a fantasy, supernatural, sci-fi, YA read for I would say the younger end of the YA market. The book is certainly different from anything I have read before and I liked the easy of the story as I never once felt out of my comfort zone or confused which can happen when I read books that feature sci-fi elements.

The plot is told in the first person and from Macy’s POV. The writing is quite basic and it certainly felt like I was reading a YA or even a middle-grade book. However, this didn’t distract me from the eventful and adventurous storyline that just kept on giving. I liked the idea of there being a body swap with people from other worlds and that they come here to relax and enjoy themselves before heading home. I also liked the naughty crow.

The book was both engaging and humorous at times. I did rush through it as I was eager to keep the story moving and wanted to know more about this retreat and offworlders as well as Macy. There are plenty of twists and turns and the pace felt fast, leaving me with a desire to not put the book down and just keep reading, as such I read it in just two sittings.

Overall, this is an impressive debut novel that will appeal to those who want something different from the fantasy/sci-fi/supernatural world. It has characters you can enjoy spending your time with and from my limited sci-fi knowledge a unique plot, well, it was to me.

Book Reviewed on Whispering Stories Book Blog
*I received a free copy of this book, which I voluntarily reviewed
Read more
One person found this helpful
Helpful
Comment Report abuse

Ruth Desmond
5.0 out of 5 stars The Safekeeper
Reviewed in the United States on November 21, 2020
I was hooked by Macy’s engaging personality-- she’s a dutiful kid but with a sharp, funny perspective on everything that goes on around her— and the opening hints of important secrets and lurking danger. But I stayed for the page-turning adventures that followed—Macy helps her parents run a retreat center for visitors from other worlds, and the rules that govern these inter-world visits impose a social hierarchy that doesn’t just stifle (and endanger) Macy and her family, but the offworld visitors, Macy’s crow-guardian Clio, and the cute new boy at school she doesn’t quite allow herself to trust as well. When some of those rules are broken, Macy finds herself at the center of a spiraling crisis that threatens her family, her home, her world, and even worlds beyond.

One of my favorite things about this story was the way the sci-fi elements are woven into the natural world in a way that feels like fantasy: a sentient earth, a home that’s alive, shape-shifting creatures, all in the middle of a small town in the California redwoods make for a wonderful alternative world and atmosphere.
Read more
One person found this helpful
Helpful
Comment Report abuse
See all reviews