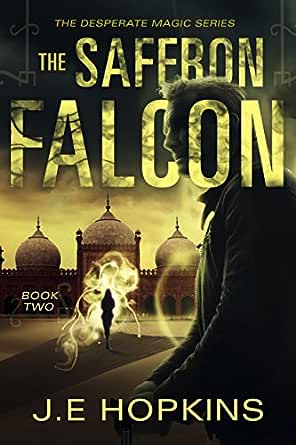 You've subscribed to Transition Magic! We will preorder your items within 24 hours of when they become available. When new books are released, we'll charge your default payment method for the lowest price available during the pre-order period.
Update your device or payment method, cancel individual pre-orders or your subscription at
Your Memberships & Subscriptions
There was an error. We were unable to process your subscription due to an error. Please refresh and try again. 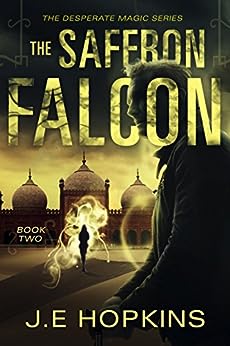 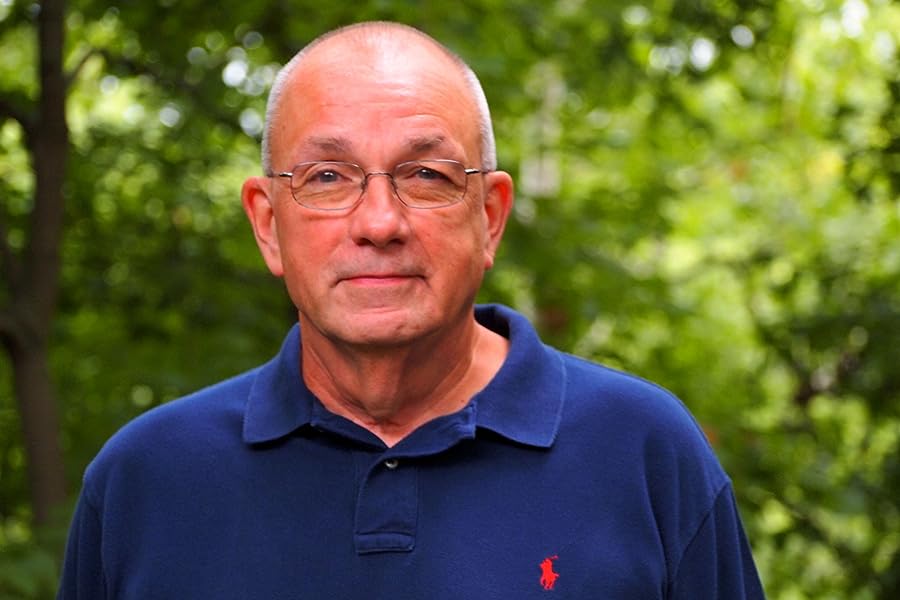 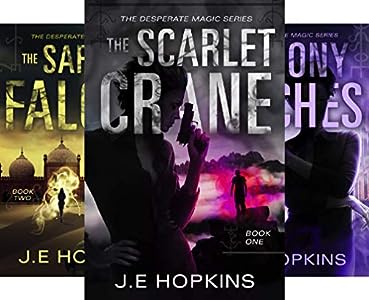 "The Saffron Falcon by J. E. Hopkins is one of those books that I might have passed up but I am glad this book was sent to me because I am truly a believer in Fantasy Fiction now. It is the perfect mix of suspense, real-world character development and humor."
--Rebecca Fortelka, Oakland Examiner, examiner.com
About The Scarlet Crane, Book 1 of Transition Magic:
"The Scarlet Crane is a thriller in every sense of the word, but it's also so much more. J. E. Hopkins tells a great story, delves into the humanity of strong and believable characters, and builds a world where transition, a brief and deadly time in every pubescent child's life when magic is possible, threatens not only to kill the young, but to overturn the world order itself. This is a terrific book and J. E. Hopkins is an exciting new writer."
--Shelley Singer, author of "Blackjack" and the Jake Samson mystery series.

J. E. Hopkins is the author of the fantasy thrillers The Scarlet Crane and The Saffron Falcon (Twitter: @jhopkinsbooks).

Born on the leading edge of the baby boom, he entered and won an elementary school contest with an article on Wilkie Collin's The Moonstone. The article was published in the local county newspaper and was his last publication for more than fifty years, until The Scarlet Crane in 2012.

Which is not to say that the intervening years were a complete waste--his career taught him toilet paper design, software development, educational technologies for assessing student learning, and bumblebee energetics.

It may have taken a few decades, but he's finally living his dream of writing full-time. He and his wife live near Cincinnati with two demon cats, Carbon and Boron.

I first read the

The Scarlet Crane: (Transition) , mostly out of obligation. A man I respect wrote it so I had to at least read it. I would say I read and enjoy some fiction; occasionally, maybe half a dozen books a year. I do like sci-fi and spy novels, but I have never been big on fantasy type stuff.

The Scarlet Crane was good, wasn't awesome, but it was good. It kept me entertained enough to finish it. I gave it 4 stars because that's how I honestly felt. It was a 4 star book, not 3 and not 5.

Then I heard Jim speak of a sequel, or at least part 2 of many. And then it happened; he shipped it. I grabbed it the day it was released because I'm cheap and it was like $2 bucks on launch day.

This book is heads above the first book, and builds nicely on the foundations and characters of that book.

I thought Mr. Hopkins let the cat out of the bag about 75% of the way through. I thought to myself; "Ah, I can see how this ends." I put the book down that night and wasn't sure I would finish it. I was sure I had it figured out, but I was wrong and am glad I did. While the ending was close to what I imagined, it was different enough to keep me entertained and flipping pages.

Everything was better with this book; better descriptions, better storytelling, better character development.

I am looking forward to the next book in the series.

Dianne S.
5.0 out of 5 stars Not Your Average "Children-Magic" Read
Reviewed in the United States on November 1, 2013
Verified Purchase
I was initially put off by the Transition Series description because it included the words "children" and "magic" in it - two things that I don't normally associate with a good read. The series was recommended to me by a good friend, however, so I decided to give it a chance. I am writing my first Amazon book review because I was pleasantly surprised by how much I enjoyed it. Don't let those words trip you up...this isn't a kiddie series.

A sequel to "The Scarlet Crane," this book uses the same formula of weaving its tale through the lives of disparate adolescents facing transition and the exploits of protagonist John Benoit. With this iteration, however, the character development is deeper and the storyline and pacing more polished. Clearly, Hopkins is hitting his stride. I'm already looking forward to future installments of the Transition Series to add to my Kindle library.
Read more
3 people found this helpful
Helpful
Comment Report abuse

Carol Scarr
4.0 out of 5 stars Spies, magic, and adventure make for a great read!
Reviewed in the United States on December 20, 2013
Verified Purchase
The chain of events that unfolds from the discovery of the ancient codex is a chilling reminder that once a secret is shared, it's no longer a secret. It's also a reminder of the damage that can be done when people are put in charge who don't have a clue, or who are unaware that their worldview isn't shared by everyone else. John Benoit and his partner, Stony Hill, have the job of trying to prevent the disastrous consequences that could result from the discovery of the codex and are hampered by the actions of their new boss. This story will keep you turning pages to find out what happens next, and leave you eager for more.

The writing is clear and the descriptions create vivid pictures of foreign lands and interesting people. I would like to have a better idea of who John Benoit is, though, rather than simply be entertained by what he does and says. Same with Stony Hill. This book comes close to 5-star territory, but it's not quite there.
Read more
Helpful
Comment Report abuse

fb-guy
5.0 out of 5 stars A great read
Reviewed in the United States on November 19, 2013
Verified Purchase
I read the Scarlet Crane, loved the concept of Transition magic, and enjoyed the colorful cast of characters, so I was excited when the Saffron Falcon came out. In my view, Falcon is even better than the first book. Hopkins introduces some new and intriguing characters and skillfully develops a satisfying plot with enough suspense to make me read the whole book in two sittings. The villains are so despicable that you actually enjoy hating them and I had to keep reading to find out what happened to the protagonist(s). I enjoyed being transported to faraway locations, including Paris, Italy, China, and Pakistan and to other times. I was captivated by the children's stories, which are woven through the main plot like a golden thread. The writing is polished throughout and I found the ending very satisfying. I hope to read another Transition story soon.
Read more
Helpful
Comment Report abuse

Camille V. Cira
5.0 out of 5 stars A GREAT STORY!
Reviewed in the United States on April 21, 2014
Verified Purchase
If possible, J.E. Hopkins’ The Saffron Falcon, is as good or better than the first in his series of fantasy thrillers, The Scarlet Crane. Again, I was amazed at the colorful detail as the author moves his characters back and forth between centuries from Kansas, to the Islamic Republic of Pakistan, Italy, France, the Han Empire, to Washington, D.C., and the U.S. spook agencies. The action is non-stop, written in wonderful descriptive prose that keeps the reader’s imagination firing from the first page to the last. Hopkins is more than deserving of a 5+ rating for this enthralling story.
Read more
Helpful
Comment Report abuse

Kindle Customer
4.0 out of 5 stars A sohpmore effort in the series worth the cost!
Reviewed in the United States on May 20, 2015
Verified Purchase
Second book in the series for the Author and it seems Jim has really found the pace and voice of the story here! I thought the first book was good, "The Saffron Falcon" was much better. Pacing is good, concept very good and refreshing and Jim is getting better at making the characters connectable. I am looking forward to "The Ebony Finch" next and also the fourth upcoming book promised! Let us see where the Author can take this series, can the characters still grow?
Read more
2 people found this helpful
Helpful
Comment Report abuse

Rigby M
5.0 out of 5 stars An excellent continuation of a great story. It is rare when a second book in a series advances the story to a new level.
Reviewed in the United States on March 2, 2014
Verified Purchase
Like the first book, the storyline is solid (no annoying inconsistencies), the plot is well constructed, and the pace is perfect. I was hooked in the first book by the premise - the whole notion of "transition", power etc. This book does a great job of adding twists and revealing complexity (makes you say oooh)
But for me the real mastery is in the development of the characters. In both books the characters felt real (although not all are people I would choose to spend time with!) I am not sure exactly when I bonded with the main characters, but that is what has me asking the author for "more, please"
Read more
One person found this helpful
Helpful
Comment Report abuse
See all reviews