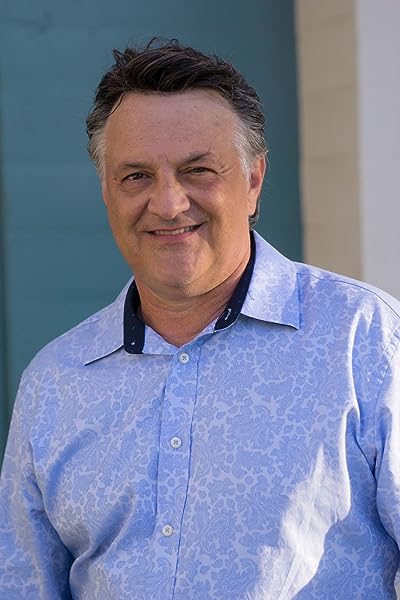 A Saint in the City: Stories of Champions from the Barrio Paperback – January 26, 2010

Scott Glabb was hired as Santa Ana Wrestling Coach in 1990. By 1993 he guided, the Saints to their first league Championship - the first in Santa Ana High history - then to twenty straight league titles. Since 1996, Santa Ana has won a combined 13 CIF titles, most recently the 2016 CIF Tournament Team Championships. In 1999, the team placed 4th in the California State Championships. He has, to date, compiled an overall record of 404 wins and 71 losses. He has coached 35 individual CIF champions, 64 state qualifiers, and 17 state place winners.

Aside from these accomplishments, he is extremely proud of two National Championship wrestlers he has coached Tony Perez who wrestled at 103lbs in 1998 and Jose Leon at 112lbs in 1999. Also, an alumnus of Glabb's is professional mixed martial arts fighter Gilbert "El Nino" Melendez who holds a world championship belt at 155lbs and now fights for the UFC (Ultimate Fighting Championships).

With girls wrestling as one of the fastest growing sports in California, CIF created a regional and state championship series for the girls. Since 2009 Santa Ana girl's wrestling team has had a parallel success that of the boy's team with a 2nd place finish at state in 2013 and 4th in state 2012 and a 6th place finish in 2014. The girls' program has 2 state champions, 11 state place winners, 5 CIF Champions and 4 All-Americans.

Start reading A Saint in the City on your Kindle in under a minute.

Ali Pattison-Bonds
5.0 out of 5 stars I fell in love with this book right away!
Reviewed in the United States on July 31, 2020
Verified Purchase
I went into this book thinking- "ok, here we go, ANOTHER book on HOW to coach". However, I was pleasantly surprised as Scott Glabb dives not into "how to coach", but rather, he discusses at length the meaningful relationships he builds with his athletes to explain WHY he coaches. His unique approach of highlighting the stories of individual athletes throughout each chapter was my favorite part. I felt as though I was meeting each individual athlete for myself and by the end of each chapter, I was rooting for every single one of them! For any coach, this is a must-read. It will inspire coaches to meet athletes where they are in their own worlds and serve those athletes thereby seeing the beauty that unfolds as a result of his care and love for his athletes. This is a book that testifies to the power of transformational coaching. May this book also inspire you to change your own life for the better by changing the lives of others through humble, Christ-like service. :)
Read more
Helpful
Comment Report abuse

Kyle Will
5.0 out of 5 stars Fantastic book filled with great personal stories from Coach Glabb
Reviewed in the United States on August 8, 2019
Verified Purchase
I recently read this book at part of my Masters Program at Concordia University - Irvine. As a fellow coach who is trying to be a Christlike coach and servant leader, it was very inspiring and refreshing to read about Coach Glabb and his wrestlers at Santa Ana High. So many coaches talk about being transformational coaches, and wanting to make a difference in the lives of their athletes, but few can match what Coach Glabb has done at Santa Ana. Story after story shows Coach Glabb going above and beyond to help his athletes. Even with his toughest athletes in some of the most dire of circumstances, Coach Glabb never gives up on his athletes. If you are a coach or an aspiring coach, this is a must read!
Read more
Helpful
Comment Report abuse

kwake
5.0 out of 5 stars A Pleasant Surprise!
Reviewed in the United States on February 1, 2011
Verified Purchase
I received a Kindle for Christmas and was very excited to get going. The first book I downloaded was "A Saint in the City". A friend of mine had recommended it and I had not yet had a chance to read it. I was a little apprehensive thinking that I knew nothing about wrestling, and frankly had no real interest in the sport! But, I trusted this friend, so why not?

It was a pleasant surprise to me that this book was not "just" about wrestling, but a lot about life. It took me only 2 days to finish it, and I am a VERY slow reader! I really enjoyed it and wanted to keep reading to "hear" about the next student that Coach Glabb worked with. Surprisingly, I found that I actually liked the parts about wrestling too! I learned some, and now have a bunch of questions for someone that knows about wrestling! I love that Coach Glabb has been able to inspire so many young men not only as a teacher and coach, but as a Christian. He was also able to guide so many of them spiritually, which is very commendable, yet surprising in the public school system.

I have since purchased 4 copies of this book that I plan to share with people in my life that I think will appreciate the stories and lessons learned in the book.

Thank you Coach Glabb, the wrestling team and other coaches for sharing your stories!

Randy Brosius
4.0 out of 5 stars Amazing work and time put in by a coach
Reviewed in the United States on December 10, 2019
Verified Purchase
Interesting read, showed how many kids live in USA illegally and how much $ is spent. Uplifting in regards to what that coach did.
Read more
Helpful
Comment Report abuse

Scott
5.0 out of 5 stars Started the book
Reviewed in the United States on January 3, 2014
Verified Purchase
I often wished I had the skill sets to go into a challenging environment and turn kids lives around by coaching wrestling. Scott Glabb did and still does that. I haven't finished the book yet but I'm looking for more in-depth ways on how he reached some of the kids. This is the type of sports story I would love to see made into a movie.
Read more
One person found this helpful
Helpful
Comment Report abuse

D. Ransom
5.0 out of 5 stars Great read. Story of dedicated coach who made a world of difference
Reviewed in the United States on April 26, 2013
Verified Purchase
Goes to show us, again, the difference a caring teacher/coach can make in life of students...an impact beyond classroom learning. Bravo to the coach. Bravo to the young men who lived these stories. Life is like "the mat"...we win, we lose, but as someone else once said, "Failure is succeeding at something that doesn't ultimately matter." These life stories demonstrate that what this coach taught and modeled will go with these young men into eternity.
Read more
One person found this helpful
Helpful
Comment Report abuse

SMarzan
5.0 out of 5 stars Coaching
Reviewed in the United States on January 14, 2013
Verified Purchase
Finally! A book about wrestling and the hardships of wrestling. Coaching wrestling is def. not easy because it is an individual sport and coaches must cater to the athletes as individuals.
Read more
One person found this helpful
Helpful
Comment Report abuse
See all reviews