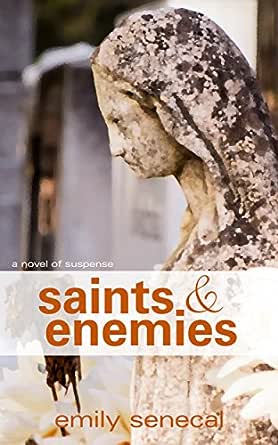 You've subscribed to Sliding Sideways! We will preorder your items within 24 hours of when they become available. When new books are released, we'll charge your default payment method for the lowest price available during the pre-order period.
Update your device or payment method, cancel individual pre-orders or your subscription at
Your Memberships & Subscriptions
There was an error. We were unable to process your subscription due to an error. Please refresh and try again. 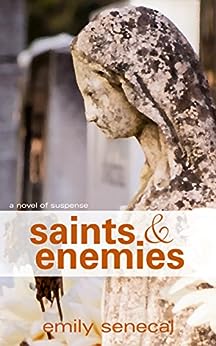 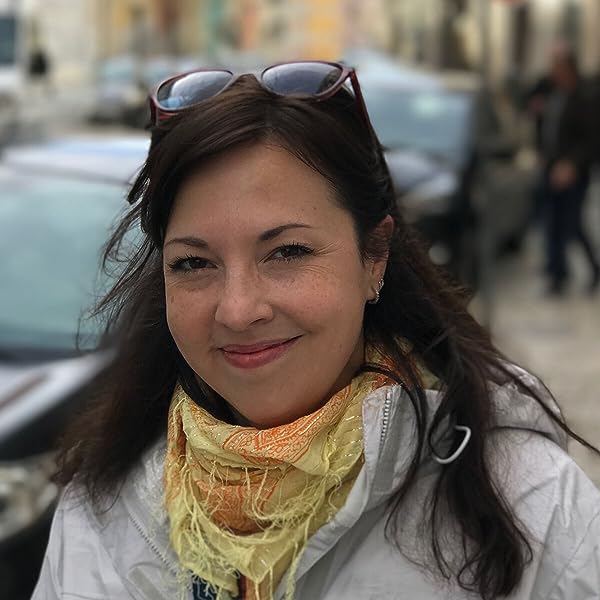 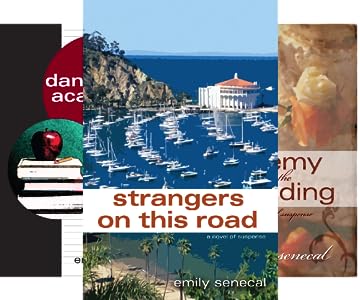 "Emily Senecal's writing gives readers compelling, well-constructed plots that bring us deep into the lives of complex characters, and her narratives are accentuated by artistic imagery and a vivid sense of setting. The result is highly readable fiction that stays with the reader, writing one could classify as literary fiction just as easily as mystery." - Zack O'Neill, University of Houston Writing Fellow, former editor-in-chief of Yemassee Literary Journal

"Emily Senecal is fast becoming one of my favorite authors. And she's an author I probably would never have had a chance to read if she was traditionally published because her books don't fit into a neat category. Sometimes they appear to be romantic suspense, sometimes they're mystery ... and sometimes they're mainstream, stream of life. Whatever they're labeled as, one thing is certain, they're well-written and I like spending time with her characters." - Bayport Books

Sliding Sideways is a series of books about ordinary people being thrown into extraordinary situations, criminal conspiracies, mysteries and danger. Faced with real bad guys doing really bad things, the characters are pulled into an unfamiliar and perilous world and forced to trust strangers, act quickly and use their wits and courage.

The series is chronological, though each story can be read on its own.

Book 1, Strangers on This Road: Lainey Parker's first adventure, set on Catalina Island, involves her in an international criminal investigation
Book 2, Danger in Academia: Lainey Parker, now a college student at Columbia in New York, has her second encounter with crime
Book 3, Enemy at the Wedding: A family wedding in England turns deadly for Lainey Parker
Book 4, The Heartbroken Brides: Lainey Parker stumbles into an unexpected mystery in San Francisco, and learns some surprising truths about her past
Book 5, Death on the Menu: Molly Faraday is drawn into murder, criminal conspiracies and mistaken identity in L.A.
Book 6, The Night Ferry: Megan Hofflin finds adventure and romance on the night ferry from Stockholm to Helsinki
Book 7, The Missing Tourist: Megan Hofflin races across Europe to solve a strange mystery
Book 8, Beneath These Streets: A chance encounter pulls Becca Rossiter into detection and danger in San Francisco
Book 9, Murder on Santorini: Becca Rossiter's idyllic vacation in Greece is interrupted by murder
Book 10, An Empty House: A dream job turns into a disturbing investigation for Paige Brody
Book 11, Saints and Enemies: Mysterious accidents and unknown enemies disrupt Hannah Wood's trip to Marseille
Book 12, In a House of Strangers: A bizarre murder changes the fate of Mindy Faraday

Norcal folks
5.0 out of 5 stars Characters, plot, location make this book a treat.
Reviewed in the United States on January 19, 2019
Verified Purchase
Saints and Enemies, #11 of 12 in the Sliding Sideways series by Emily Senecal, does not disappoint. There are both new and familiar characters in a wonderfully described setting in the south of France. It's a little riviera vacation to read this book, with action and suspense to add surprise and tension. None of Ms. Senecal's books must be read in order, they all stand well on their own, but it's lovely to meet again some of those people first met in another book. And not so lovely to meet others....but no spoiler alert. The romance element is an unusual one, well-developed and realistic.
Read more
Helpful
Report abuse
See all reviews

Amazon Customer
5.0 out of 5 stars Great book
Reviewed in the United Kingdom on September 14, 2016
Verified Purchase
This is the latest installment in the Sliding Sideways novels.
It is set in France (Marseilles) and introduces us to Hannah, an artist and gallery owner from the USA.
She is staying with the Hofflins, who have appeared in most of the other Sliding Sideways novels, and whilst there she bumps into her ex-husband Roger.
Roger is trying to find a colleague and Hannah helps him. They have a very close encounter with a car trying to run them over, they meet a nasty but glamourous women (who has been in a previous Sliding Sideways novel). Lainey and Aiden make an appearance, and there is a baby too.
I really love the Sliding Sideways novels, and this one was no exception. Great book, suspense, mystery and fun too.
Looking forward to the next one.
Read more
Report abuse
See all reviews