Sake Handbook and millions of other books are available for Amazon Kindle. Learn more 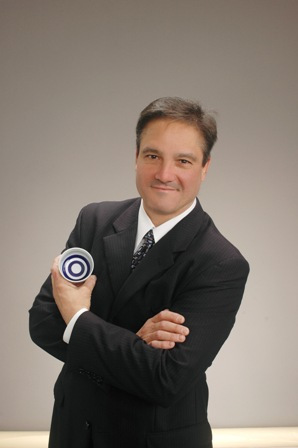 The Sake Handbook: All the information you need to become a Sake Expert! Paperback – November 15, 2002

"The Sake Handbook fulfills its promise of conveying enough information to make an able, if perhaps not master-level, sake taster and purchaser of the reader who aspires to such status. It could be an invaluable companion on that next outing to a Japanese restaurant or alcohol retailer, as well as a welcome gift for the enthusiast looking to broaden their knowledge about a centuries-old spirit." —Flavorful World blog

"The best currently available sake guidebook in English is The Sake Handbook by John Gauntner, an American living in Japan." —San Francisco Chronicle

"[T]his book is a very welcome guide and pretty damn useful for getting you started." —Tokyo Beer Drinker blog

John Gauntner is recognized as the world's leading non-Japanese sake expert. A longtime Japan resident, he is well known among sake brewers and others within the sake industry. He wrote the Nihonshu Column in the Japan Times for many years before writing a weekly column on sake in Japanese for the Yomiuri Shimbun, Japan's and the world's most widely distributed Japanese newspaper. In 2006, John received the Sake Samurai award, the first year it was awarded. He has published five books on sake.
Read more

Start reading Sake Handbook on your Kindle in under a minute.

4.6 out of 5 stars
4.6 out of 5
183 global ratings
How are ratings calculated?
To calculate the overall star rating and percentage breakdown by star, we don’t use a simple average. Instead, our system considers things like how recent a review is and if the reviewer bought the item on Amazon. It also analyzes reviews to verify trustworthiness.

C. E. Stevens
VINE VOICE
4.0 out of 5 stars Good--but not perfect--introduction to the world of sake
Reviewed in the United States on September 22, 2018
Verified Purchase
I'm a big fan of John Gauntner and what he has done to popularize sake outside Japan (and more than just popularize, but also educate), and overall this is a pretty good introduction to sake. This book is a concise and informative introduction into the key aspects of sake--how it's made, the differences across and within the different types of sake, as well as some key terminology to help describe and understand sake. One key area where I thought this book was lacking was with respect to the history and cultural significance of sake. In the introduction, Gauntner states that this is not the purpose of this book, but to me it is hard to fully appreciate the wonders of sake without at least a passing understanding of its historical and cultural relevance (not just in Japan, but elsewhere now that it is a global beverage); it is a little hard to introduce something without giving some idea of its background. I thought similar guides to other Japanese alcohols (such as Ashcraft's "Japanese Whisky" and Pellegrini's "The Shochu Handbook") have done a nice job in this respect, and would've enjoyed Gauntner's perspectives.

The other area where I thought the book could've been a little bit better is in the sake recommendations. Not the recommendations themselves, which are outstanding, but rather their organization. The number of kura in Japan is remarkable, and most kura have several products of note, so Gauntner was already faced with a difficult task. To me, it would've been more useful if he had organized the sake by style and offered more precise recommendations within those categories (e.g., "top 10 daiginjo", "top 10 sake for sake novices" or "top 10 sake best enjoyed warm" or whatever). I also thought that perhaps instead of one page per sake, having one page per *kura*, with a brief description of their main offerings might've been useful (to his credit, he often does mention other products made by the same kura of the sake he is recommending). Instead, one is left a bit overwhelmed--all the recommended sake sound delicious ... but where to start? I love sake and have been drinking it for a couple of decades (and also speak and read Japanese) but even I often find myself stuck in a rut, and just sticking to the kura that I know ... when I'm in Japan or in a specialty store in the US, it's easy to ask for recommendations, but it would be nice if this book offered that kind of detail ("if you like _____, you might also like _____"). The organization by geographic location is likely not terribly helpful for most people.

Despite these relatively small issues, this is still a good book--especially for people who are relatively new to sake and want to learn more. Sake is a fabulous drink and Gauntner is an amazing ambassador for it, and I look forward to reading some of his other offerings (I'm especially intrigued by Sake Confidential) to gain some more insights. Think of this book as a starting point rather than 'the bible' of sake, and you'll be happy.

Justin H.
5.0 out of 5 stars Must Have!
Reviewed in the United States on April 1, 2016
Verified Purchase
John Gauntner is the leading non-Japanese professional in sake. He is the first and only non-Japanese to become certified as both a Sake Expert Assessor, as bestowed by the National Research Institute of Brewing, and as a Master of Sake Tasting as bestowed by Nihon Jouzou Kyoukai, the “Brewing Society of Japan he has lived in Japan since '88. He also gives a course stateside (Sake Professional Course) that is amazing for any professional looking to learn more about sake.
This book is a great foundation for learning about sake. His followup book 'Sake Confidential' is a must have as well.

Parker-Moore Family
VINE VOICE
5.0 out of 5 stars Comprehensive, prepared me well.
Reviewed in the United States on February 24, 2018
Verified Purchase
Inspired me to take a Saké course in person so I could taste a variety. The book prepared me to understand how it’s made, the variety and I felt very knowledge walking into a 7 hour class. We tasted close to 20 Saké that day. Great reference guide with loads of detail about different brands.
Read more

Steve M
4.0 out of 5 stars Very Informative
Reviewed in the United States on June 8, 2013
Verified Purchase
I lived in Japan for 12 years and have tasted both good, and bad sake. Of course, good and bad is purely one person's opinion, and often the subject of bitter arguments - except in Japan. I have sat down with good friends and tasted $100 a glass sake and said to them (they were buying of course), "I don't like it". And they would not be offended. That's how sake is, like art. Some get it, and some don't.

This book provides an objective description of many types of sake, without treading on that hallowed ground of 'taste'. The description of how different types of sake are made sets up the novice well to make their own judgement on which brands meet their satisfaction. Good book.

M. Hebert
5.0 out of 5 stars A deeper understanding of rice wine
Reviewed in the United States on March 16, 2015
Verified Purchase
This book is a source of invaluable information. It has the explanation of every type of sake and how it's made. The kimoto and yamahai methods were a first for me.
I also like the explanation of the various types of rice used to make sake. The language in the book is made easy, so that anyone can understand the contents of this very good information. I think that we need to read this book at least twice in order to become familiar with the sake terminology.
There are also some good recommendations of great sake: many of them are hard to find in Japan. However, with a little searching around: eureka!

If you're into rice wine like I am, this is a good piece for anyone's collection.

Sabatino Riccardo
3.0 out of 5 stars Good reference for sake
Reviewed in the United Kingdom on March 14, 2017
Verified Purchase
It's certainly a very nice book for people interested in understanding a little bit more about the fascinating world of sake. However, the other book by John Gauntner, Sake confidential, is perhaps even more exhaustive. I read both and definitely preferred Sake Confidential. This one, however, contains a very useful list of around 100 sake suggested by the author, and in this sense it's perhaps unique in its genre.
Read more
One person found this helpful
Report abuse

Chris
5.0 out of 5 stars Excellent for newbies
Reviewed in the United Kingdom on November 9, 2019
Verified Purchase
Excellent little book full of advice and lists the different types of sake wine and their taste notes, including alcohol percentage, types of rice etc. This book is ideal for newbies like me who are interested in starting a journey into the world of sake.
Read more
Report abuse

Andreas Sanidiotis
5.0 out of 5 stars The best Sake guide!
Reviewed in the United Kingdom on September 7, 2019
Verified Purchase
This sake guide gave a lot of insight in the types of sake and it’s production. As well as providing info on brands to help you choose to start your sake journey! Highly recommend it to all the lovers of Japanese sake
Read more
Report abuse

Loki
5.0 out of 5 stars A good read
Reviewed in the United Kingdom on July 19, 2018
Verified Purchase
A good and informative book
Read more
Report abuse

Tadman
4.0 out of 5 stars Four Stars
Reviewed in the United Kingdom on April 9, 2016
Verified Purchase
Have been to Japan twice wanted some background information this fits the bill really well
Read more
One person found this helpful
Report abuse
See all reviews

Page 1 of 1 Start overPage 1 of 1
Previous page
Next page
Pages with related products. See and discover other items: japanese cooking, all you need books