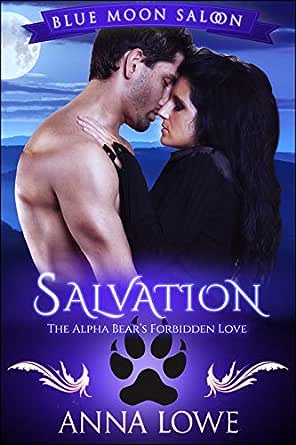 You've subscribed to Blue Moon Saloon! We will preorder your items within 24 hours of when they become available. When new books are released, we'll charge your default payment method for the lowest price available during the pre-order period.
Update your device or payment method, cancel individual pre-orders or your subscription at
Your Memberships & Subscriptions
There was an error. We were unable to process your subscription due to an error. Please refresh and try again. 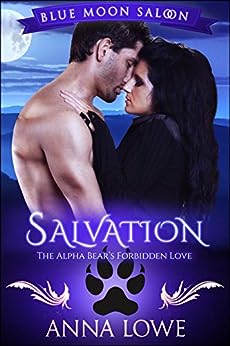 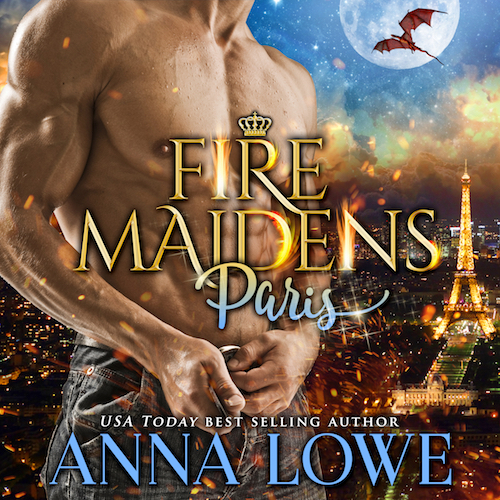 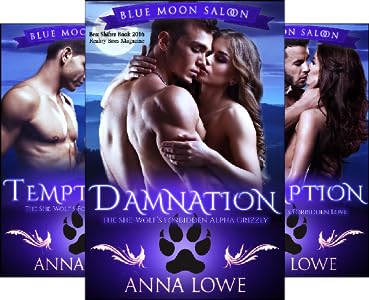 Behind the doors of the Blue Moon Saloon, alpha shifters confront their darkest fears and their deepest desires.

What reviewers are saying about SALVATION:

An excerpt from SALVATION:

Anna angled her head this way and that. "I could never really see the shapes the constellations talk about."

"It's easy. There's the Great Bear." Todd said, pointing up as they lay on their back in the cool Arizona night.

"The end of the dipper is his nose. He's looking left, toward his mate."

Her heart fluttered a little at the idea. If only she could be a bear.

"The dipper is his nose," Todd repeated. "The cup part of the dipper is his back. Picture him wearing a little saddle blanket or a jacket, like he's been forced to work for a circus."

His words dripped scorn, and she looked at him. Man, he really took this bear stuff personally.

"Like that part?" When she pointed, her hand brushed his.

"Yeah. And his tail is over there, but those stars are fainter. Mainly, you have to picture the chest part."

He motioned toward his body, and yeah, that part was easy to equate to a bear. He was that big, that broad, that solid.

She turned away and puffed a little air toward her face. Suddenly, she felt flush. Maybe she should concentrate on the stars. She found the bear's nose again, followed the line of stars along its back and--

She squinted again. "How can you tell?"

"Definitely a grizzly," he said vaguely.

"You make it easy," she said. A little like falling in love with him. Far, far too easy.

They lay in silence, looking at the stars, and she contemplated what Todd had said.

"Does he ever find her?" she asked.

She'd expected him to laugh, but Todd fell silent. Gravely silent. He didn't answer for a long time.

"I'm not sure." His voice was a whisper.

She listened to the crickets chirp for a minute, wondering why he sounded so sad.

"How does he know it's his mate?" she ventured. Was that part of the myth, too?

Todd took a deep breath. "He knows the second he sees her. That's the easy part."

Huh. "So what's the hard part?" It seemed easy to her. Boy bear sees girl bear. Grunts. Growls. They get together, make adorable cubs, and--

"Making sure he's worthy of her."

She sighed. Yeah, she would definitely like to be a bear.

"I bet he is," she said, because Todd sounded a little unsure. "Look at him."

"Yeah, look at him." His voice was a little bitter, so she caught his scarred hand and massaged it a little bit. Were they still talking about bears?

"Hey," she whispered, rolling on her side.

He looked up at the stars, not meeting her eyes.

"If the boy bear recognizes his mate the second he sees her, she's bound to recognize him, too."

His chest went up and down with a deep breath. "I'm not sure."