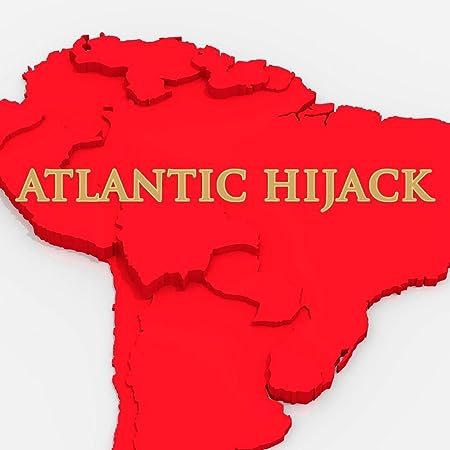 Sea career involved, in fifth term at sea school, a visit, to Liverpool and an Ellerman's ship. Author, was mightily impressed with size of ship and a really good lunch was served up to his class by stewards. School food was not spectacular. Author's, not suggesting that the meal aboard was, deciding factor, for later application to Houlder Lines for an apprenticeship, but it probably helped! Shipboard food, in general was good. Particularly on south american runs, where a plentiful supply of Argentinean beef was taken aboard for catering supply.

Three years of scrubbing decks, chipping away rust, painting and cleaning brasses, compass binnacles, ship's bell and brass port hole windows followed. Vital skills in steering a ship, look out watch keeping, Radar/Decca navigating training and taking sextant sun and star sights was included in the package. A First Mate, on a tanker taught author, how to splice wire rope. This ranked as a major accomplishment. Author was later chosen, for a mid- apprenticeship release course, and went on to pass additional sailor qualifications and the Second Mate's certificate.

In late twenties author left sea life for one year study of three Advanced level GCE. After pass gains, a place was available for a degree course, but author felt need to embark on a career. Trustee banking was second career choice, but was altered to third choice with retail training management with Bhs. Virtually a second apprenticeship! Involved training in all departments - merchandise, stock room and office management, food, restaurant and fashion, which led to Departmental management appoinment at the Bristol store. A Second Steward, whom author had previously sailed with visited the store. Registered surprise that author was no longer seafaring!

Author met his wife of near fifty years, when Departmental manager at the Bristol store. On finding, city store work unconducive, while a manager, in the Leicester Haymarket Bhs store; formerly a Woolworths Store, notice was given. Later transfer to postal work was seen as temporary, but led to thirty year stay, with Royal Mail. Retail management store training was not entirely wasted, since, author's eldest son, opened a chain of stationery stores in the south west. 2000 to 2010.

Author, then retired from Royal Mail, and had been submitting poetry for competitions. Separate poetry and novel writing classes enabled skills to be developed and first novel, Atlantic Hijack was completed and published, in partnership with Paragon Publishing, Rothersthorpe, in 2015.

In 2016, Sam Grant poems, mainly chosen by editors for their anthologies and books, was developed into a matte cover anthology of forty poems, in partnership with Paragon Publishing. Book design, layout and production management by Into Print www.intoprint.net

Unwittingly, the author had built a background of life experience following on from work in varied occupations - apart from sea service, author has been employed as waiter, chef, gardener, deck chair attendant prior to management employ with Bhs from 1969 to 1974.

Royal Mail service in two market towns gave a depth of experience, which assisted in the writing, of Persuasion's Price, mystery novel. A Play - Persuasion's Price The Play, was published in 2021. Most recent book publication, is - Chilling Encounter. Published 24th June, 2022.

Throughout author's life, an interest in performance theatre has been maintained, Watch keeping stints in the Atlantic/Pacific away from shipping lanes, produced imaginary, pretend stage environment, in the wheelhouse or on the bridge.

Lookout watchkeeping sailors on monkey island were, reader will be pleased to learn, not subjected to author's theatrical attempts to enact play scripts.

Later, in civilian life. amateur drama groups were joined, during management posts in towns and cities across UK.

Paradoxically, it may be said, a failure to secure parts, in plays when retired, in Frome, Somerset, led to more time being allocated, to writing. Fifteen books, which include, novels, short stories and anthologies have been published from 2015 to 2022 with author name of Sam Grant.

A science fiction novel - part two for Galactic Mission was published in 2020. Background, in Theatre Studies and amateur performance art experience, incentivised creation of Persuasion's Price The Play. Harvest, of book writing publications for a "new" author from 2015 to 2022. Short stories, commentary and verse have been blogged on samgrantpublications.wordpress.com since 2016. A blog site, which attempts to secure reader follow on interest for published books, but also from sheer enjoyment, derived from writing stories, poems and plays. An interest which awaited development from age of twenty, when author was a Third Mate aboard British merchant ships. Author's seventy - seven, in 2022.

Sam Grant, author is a name Colin Coles acquired, while responding to articles, in the New York Times, during 1990. The newspaper required contributors to write their replies, only, through a pseudonym.

A number of published poems, have author's birth name of Colin Coles.

All books with Amazon listing have an ISBN back cover designation and can be supplied from good book shops. Please give title with ISBN. 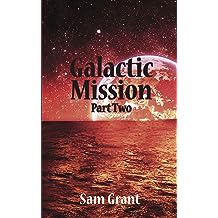 Galactic Mission Part Two Oct 16, 2020
by Sam Grant
$8.99
In this classic sci-fi advenure, the main characters from Galactic Mission, including The Empress Adriana, are working to divert comets away from earth by firing a missile from Mars.
Adriana has decided to stay in human form, but seeks a closer relationship with James, who prefers Lara. He backs away. Adriana is restricted in power, although Captain Dryson and Alfredo - two android machines - carry out her instructions.
After the comets are directed away from earth, Galactic Force returns with Antar-XP200, and two new androids, to replace Adriana, on Mars. Adriana regains full power and a chosen group leaves for earth by space ship with the intention of gaining control over Quadrant, who are returning, now that earth has been saved.
Read more 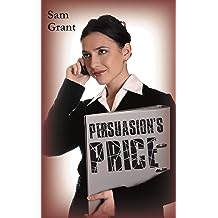 Persuasion's Price Aug 8, 2019
by Sam Grant
$8.99
A quiet market town in England is shattered by an explosive mix of gang rivalry and shady deals.
A family is torn apart and, with the involvement of the secret services, events take an unexpected and sinister turn.
Read more
Other Formats: Paperback 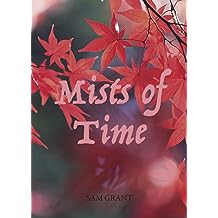 Mists of Time Oct 21, 2018
by Sam Grant
$9.99
From epic poem to scary short story. Mists of Time entertains and enlightens.
In the title poem, author Sam Grant takes us on a journey. Perhaps his journey, down a leafy lane to a farm in summer, off to sea and beyond.
Secret Cave is a short story informed by a love of sail boat sailing. A reflection from the author’s young life, before the author embarked on a career in the Merchant Service.
PART ONE – Poems both in traditional and modern form.
Dramatic, but also light-hearted topics, explored.
PART TWO – Short stories.
Individual cameo chapters.
Read more
Other Formats: Hardcover , Paperback 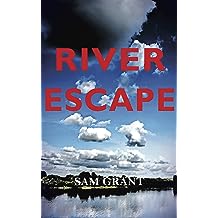 River Escape Mar 27, 2018
by Sam Grant
$9.99
Venezuela:
An oil terminal in the River Orinoco, Venezuela
Following on from a military coup
Mike’s pressured efforts to prepare the tanker for the load of boiler oil – compromised by a refinery postponement.
An influential young woman boards,
who starts calling the shots.
Hidden identity of a rescued
yachtsman and two female companions
further compromise the ship’s safety…
Read more
Other Formats: Paperback 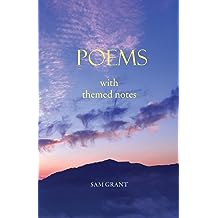 Poems with Themed Notes May 12, 2017
by Sam Grant
$6.99
Love Starved by Electronics is a sonnet selected for a ‘Sonnets for Shakespeare’ anthology.
In Riding Through Time ghostly horsemen appear, to ride down the ages.
Captured into their Realm — a meeting with an alien depicted in verse.
Eye of the Storm; The Time Makers Kingdom; Thankful Thoughts and Spirit of Spring. These are a few of the poems in this varied anthology.
Notes have been prepared and included by Sam Grant to give background information and set the poems in context.
Read more
Other Formats: Paperback 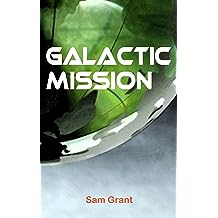 Galactic Mission Mar 24, 2017
by Sam Grant
$4.99
It is 2110. In an advanced technological world of holograms transmitted by mobile phones, food made by a Maxi Maker, drone trays, clones and automata concierges, Quadrant is the world government.
But the world is not at ease and relationships are put under strain.
James Walters is a sales manager for an international conglomerate, based in the UK. One day he encounters Adriana – “The Empress Adriana” – from the Galactic Command Force... oh, and ruler of planet Earth and all planets circling the sun.
Can the Galactic Command Force, with help from some inspiring sources, thwart planetary conflict?
Read more
Other Formats: Paperback 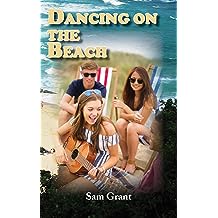 Dancing on the Beach Jan 28, 2016
by Sam Grant
$6.45
Phillip Norton obtains summer work as a deckchair attendant in Batcombe. Previously he worked at a bank in the City. Part of Phil’s duties are to deliver dairy coolboxes to The Sea View Hotel via the cliff railway. Soon he is into a heady romance with the receptionist. But with cruise liners anchored off Batcombe Bay the Sea View not only hosts holidaymakers, but also has connections with a more sinister trade…
Read more
Other Formats: Paperback 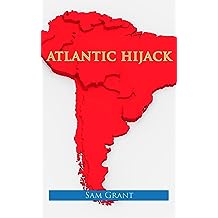 Atlantic Hijack Nov 10, 2015
by Sam Grant
( 4 )
$2.99
A secure, orderly passage aboard a cargo liner is ripped apart by a brutal terrorist attack. Author Sam Grant brings his professional seafaring experience to bear in this thriller that sounds all too familiar from our evening news bulletins.
Apprentice engineer Mike Peters is finding his feet amongst a cast of nautical characters as the Albany Princess voyages to Montevideo. But the ship’s personnel are not all that they make themselves out to be, as revealed during a rapidly unravelling hijack in the South Atlantic.
Read more
Other Formats: Paperback