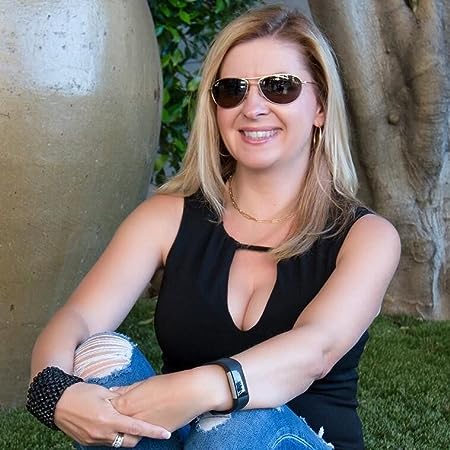 Sam JD Hunt resides in Las Vegas with her husband, and two children. When not writing, Hunt enjoys travel, community involvement, spending time with friends and family, and hiking. She spends her days writing and trying to answer the age-old question: is it too late for coffee or too early for wine? 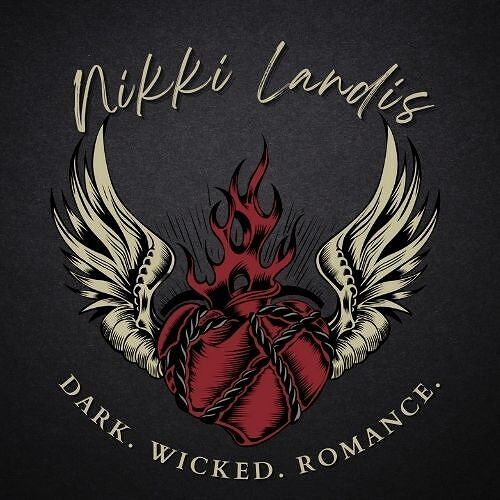 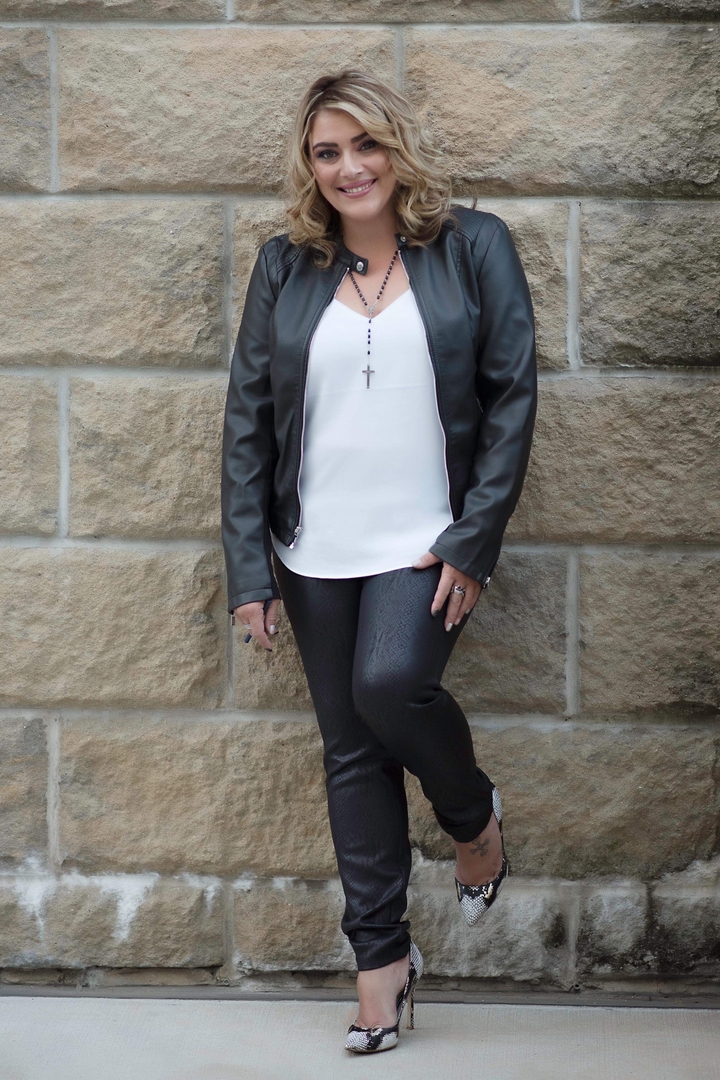 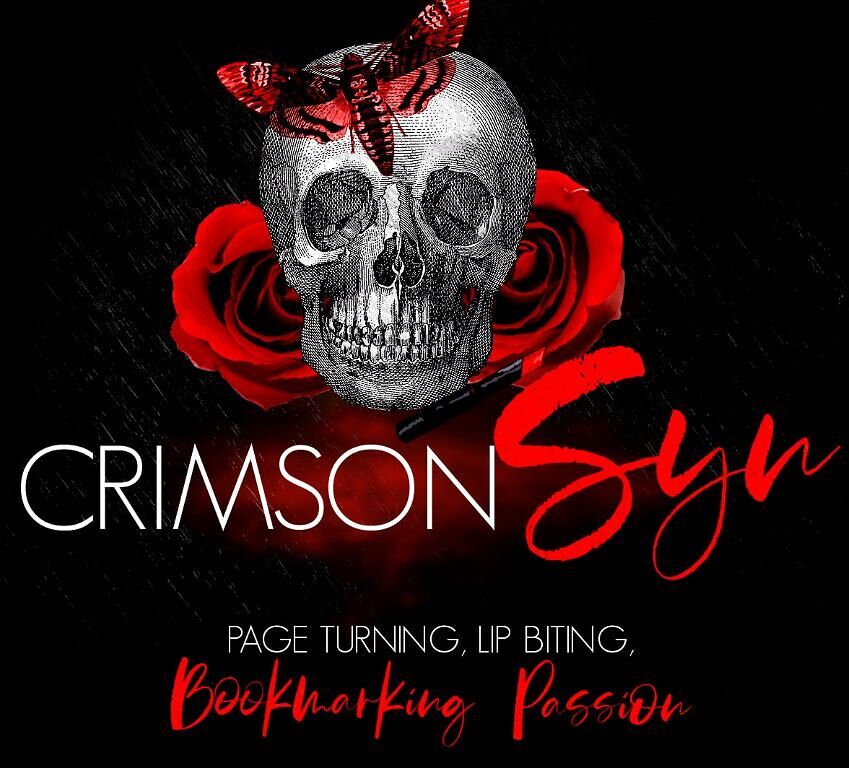 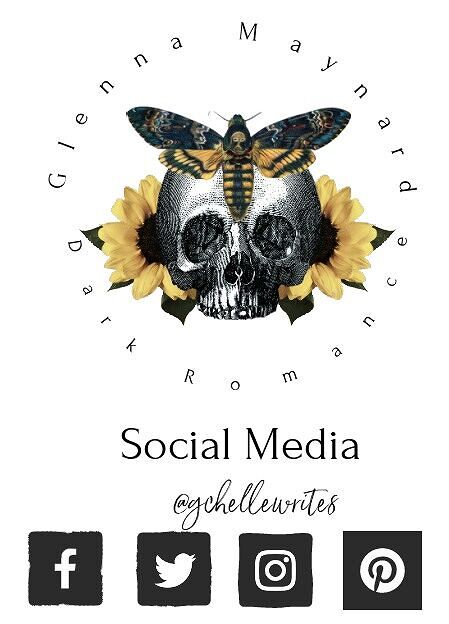 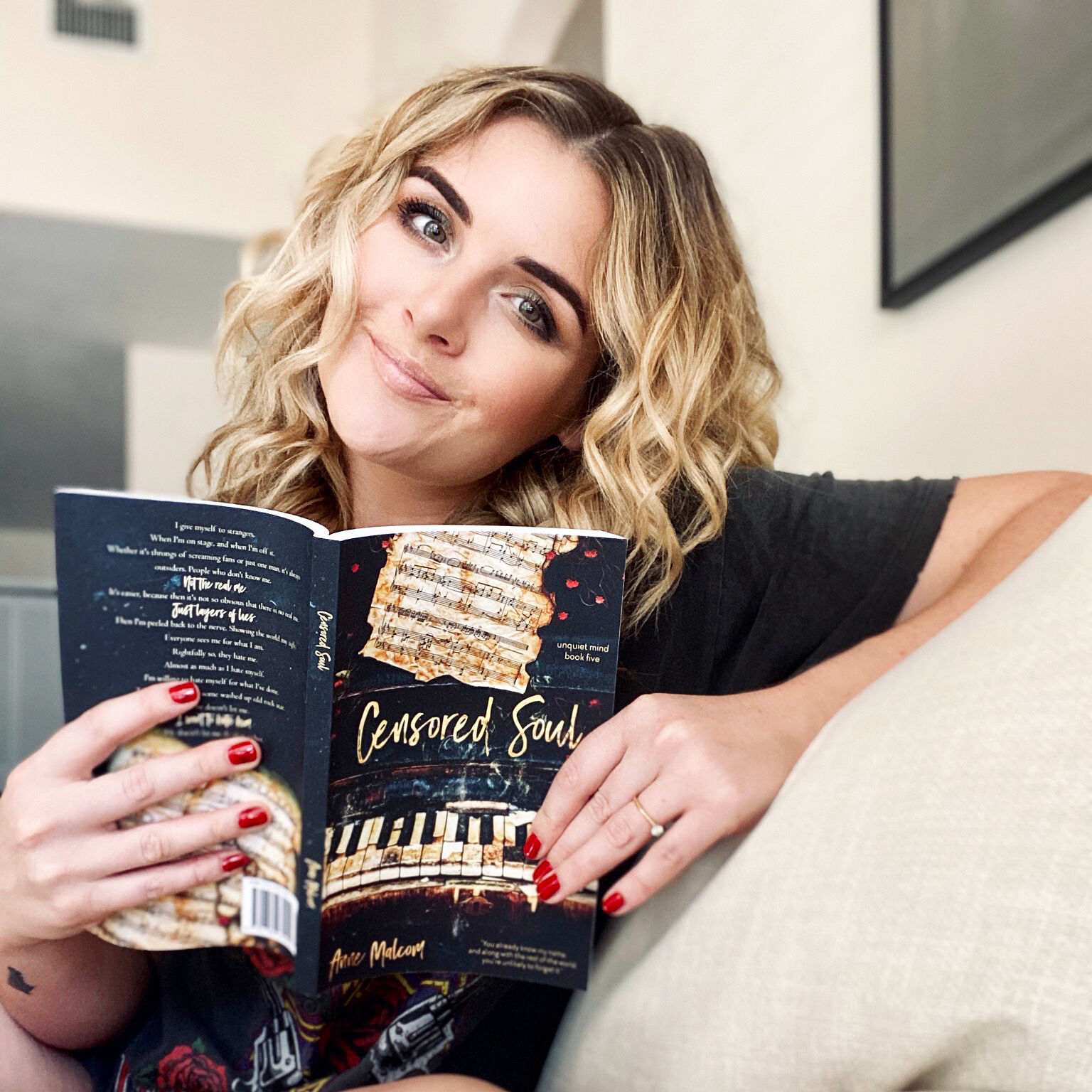 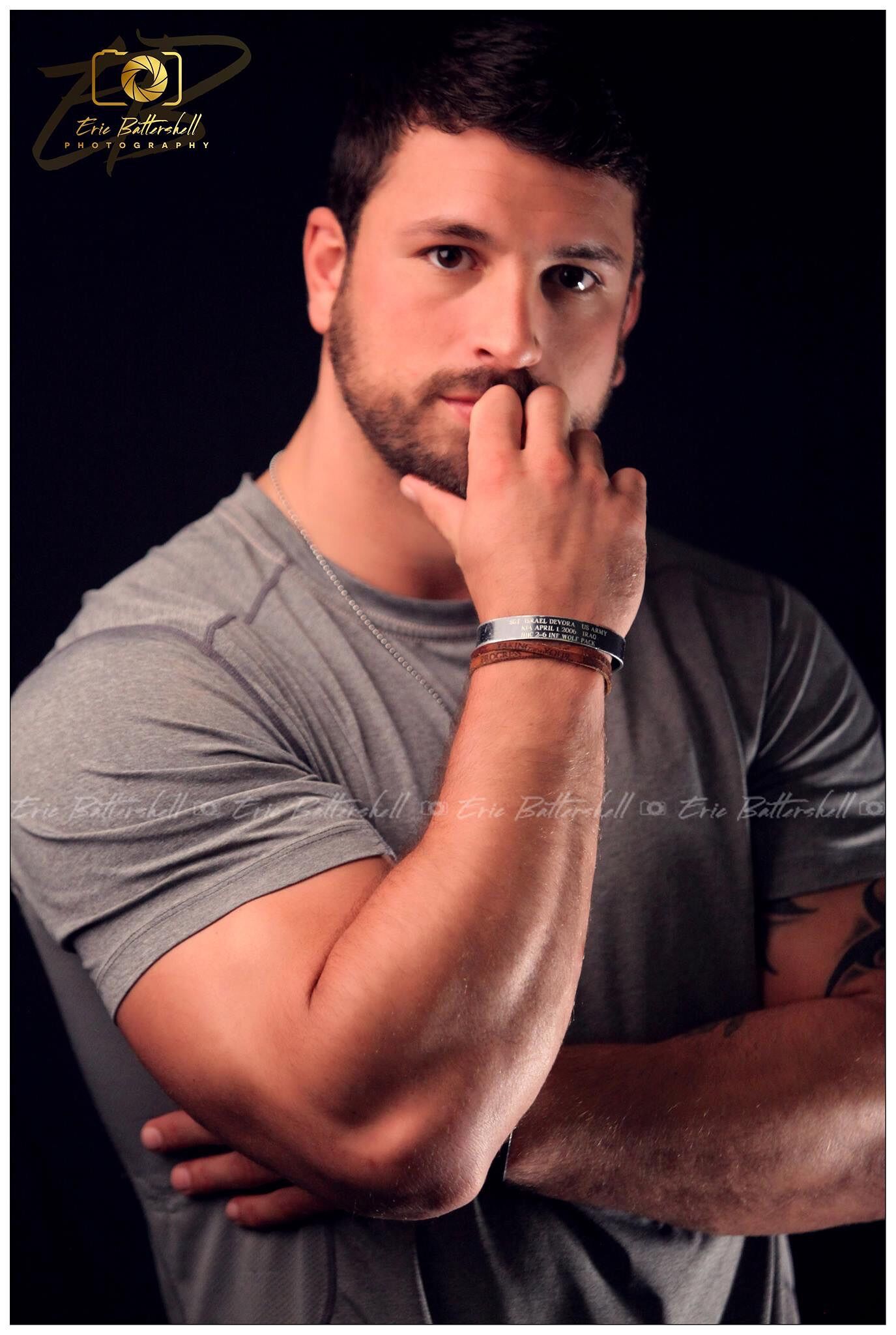 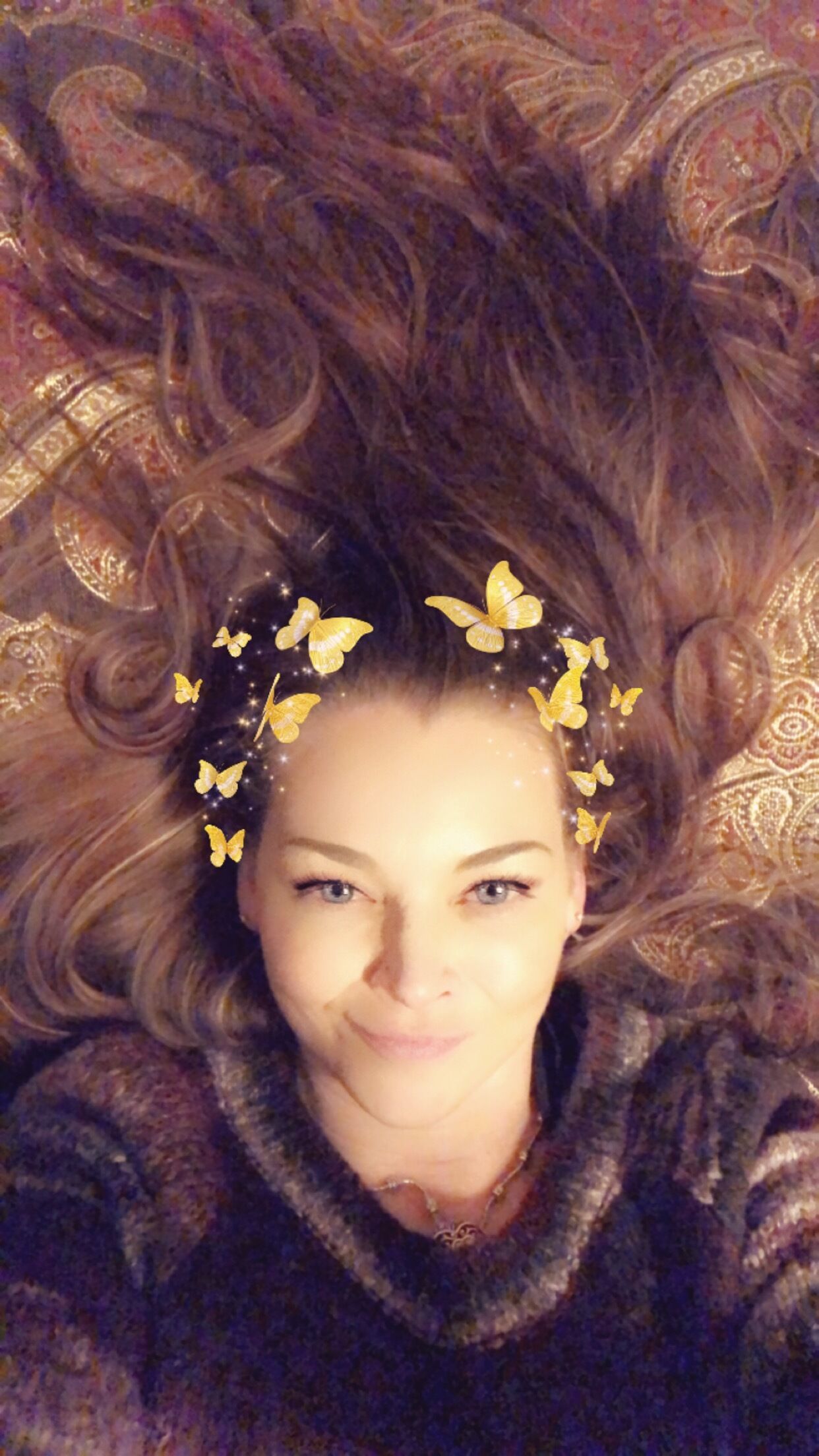 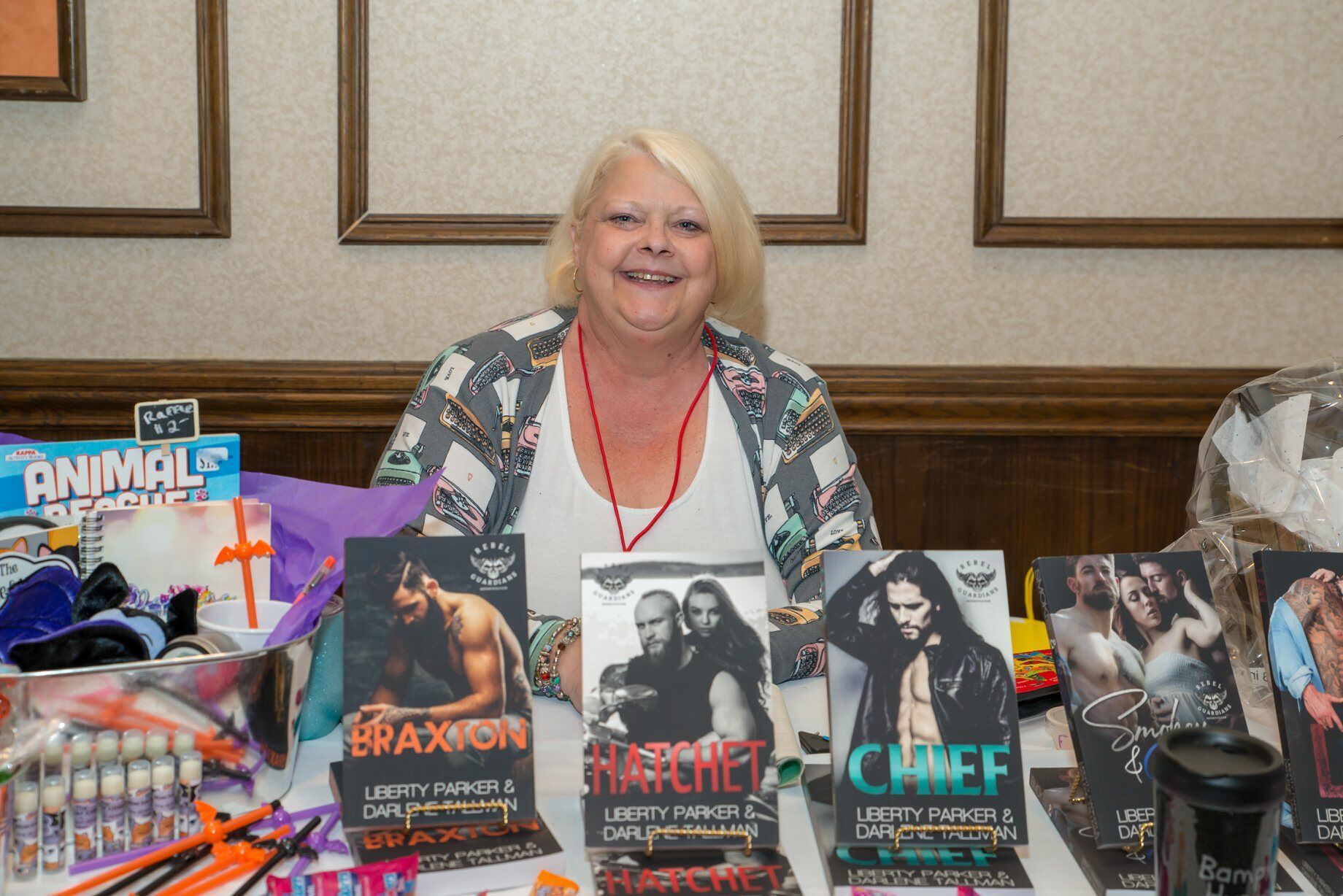 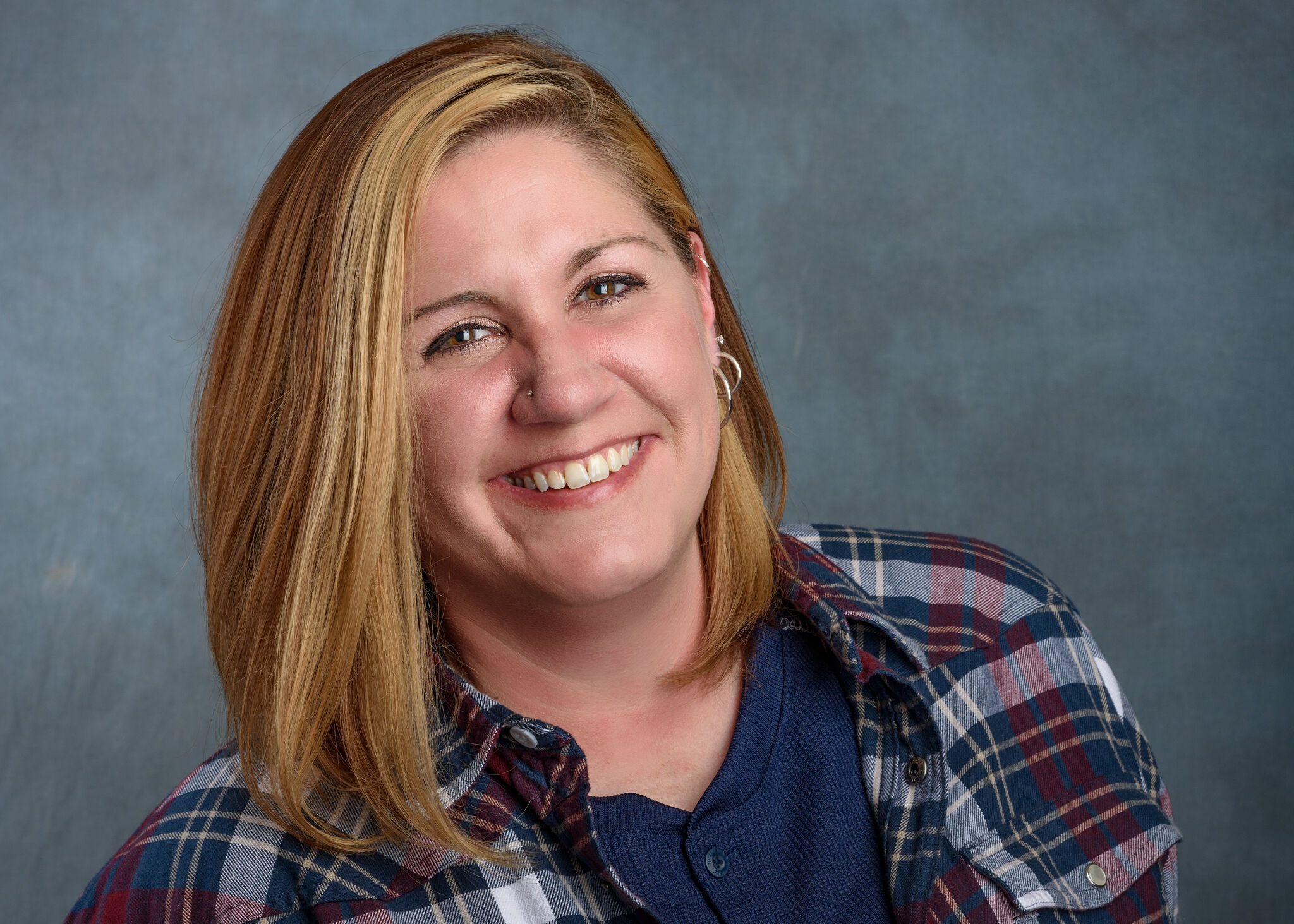 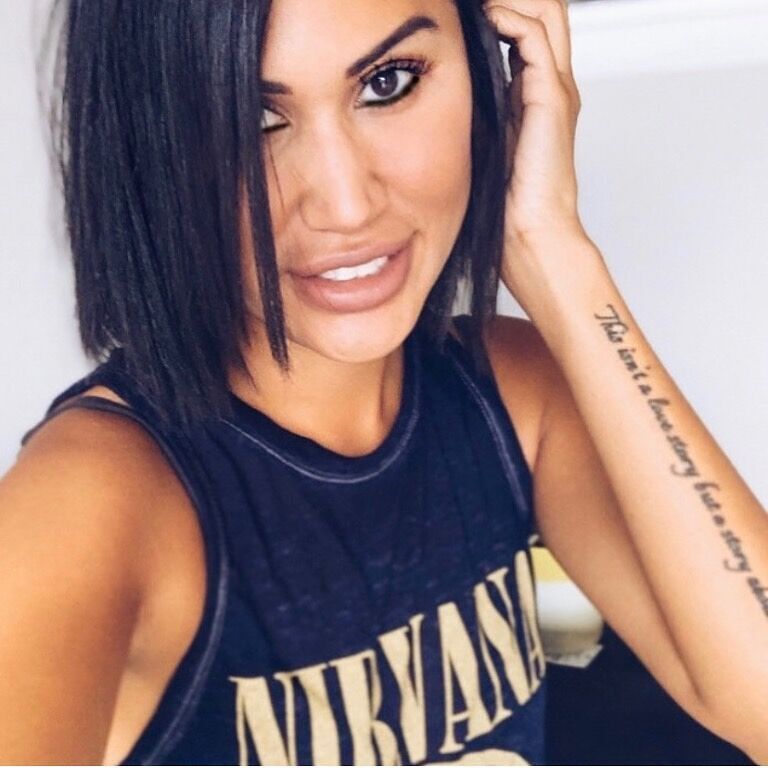 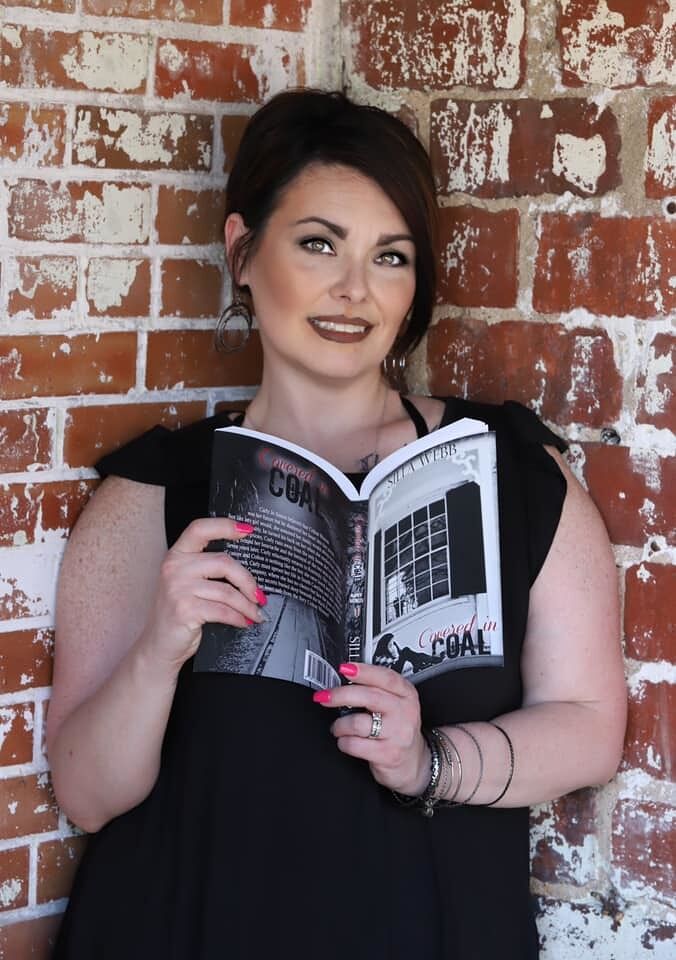 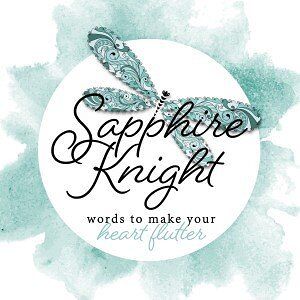 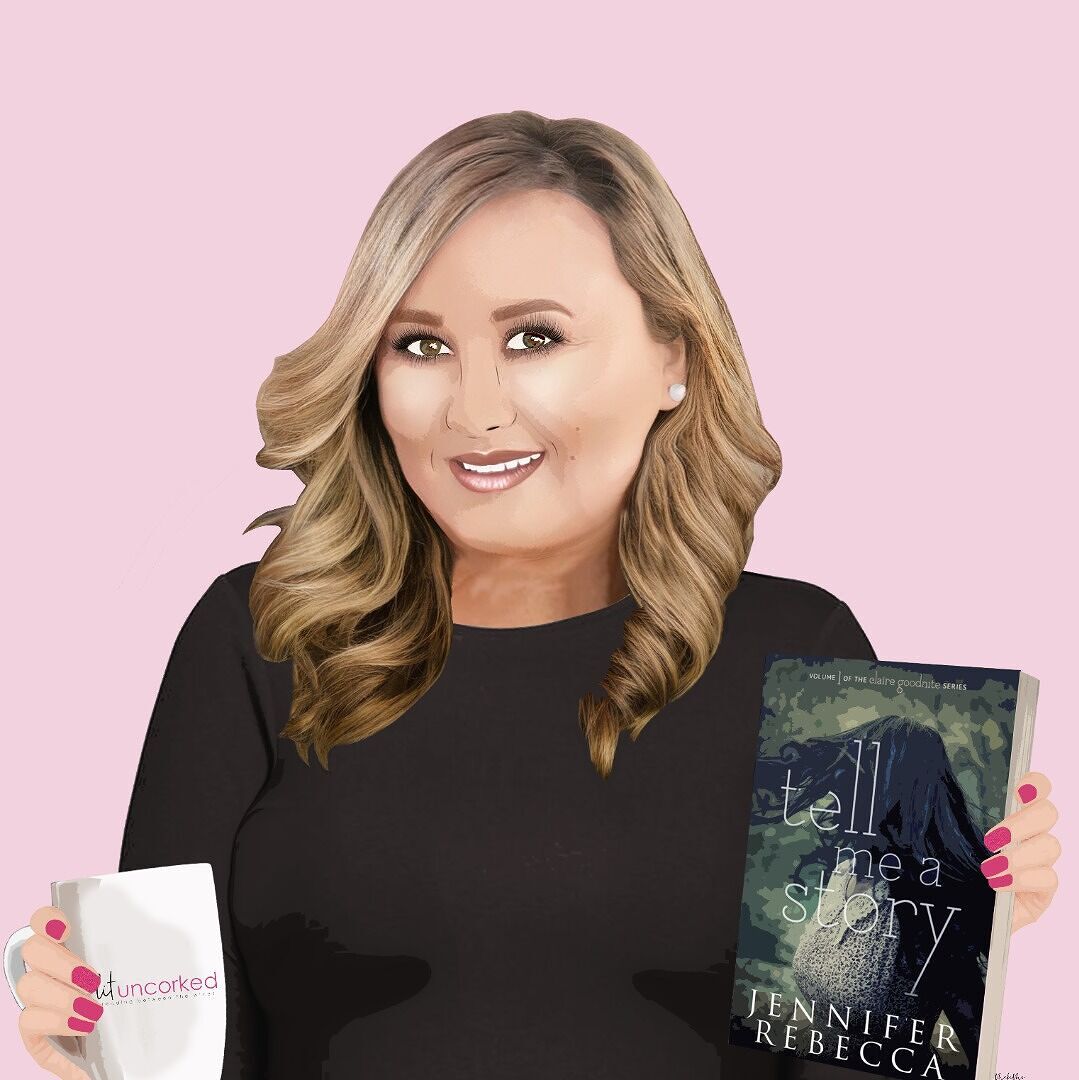 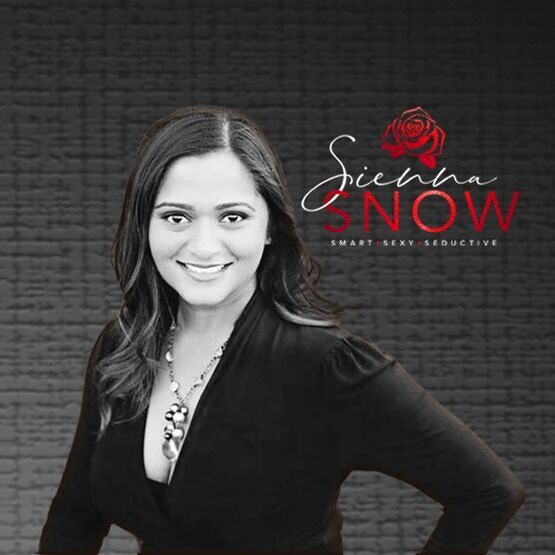 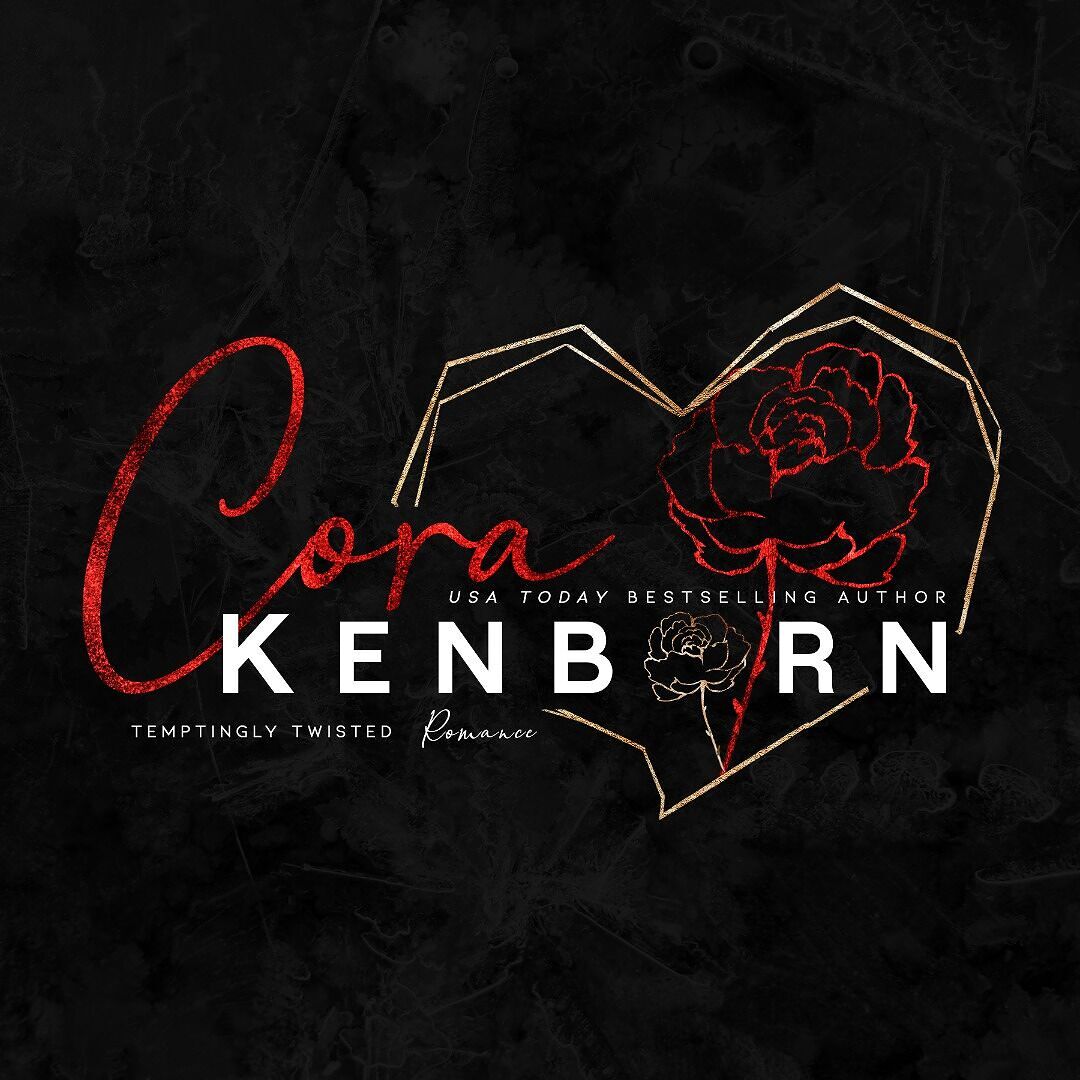 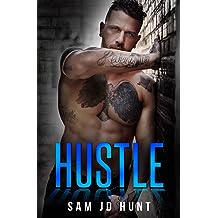 Shawn “Mack” MacKenzie was on the path to redemption, finally making the sacrifice necessary to overcome his criminal past.

But when a nemesis in blue condemns him to do the unthinkable, will he be able to navigate the dark world of the cuffed and the pinched?

Can Mack pull off the ultimate hustle in time to get back to Grace, love, and Sam’s Town?

Find out in this sizzling spin-off of the hit Sam’s Town Series. 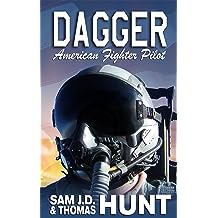 Dagger: American Fighter Pilot Dec 15, 2015
by Sam J.D. Hunt, Thomas Hunt
( 34 )
$2.99
Dagger Drake is a fast-mover, living his life in afterburner. As one of the best of the best, a fighter pilot with the famous Deadly Rattlers, he pilots his Viper jet with the same ferocity that he chases women. One magical night at the Officers’ Club changes him forever when a curvy Southerner crosses his path. Lauren Carter is like no one he’s ever met—her classic beauty, her sharp wit, and the depth of her haunting soul captivates him. When they collide, the chemistry explodes with more intensity than the massive satellite guided bombs Dagger drops from his F-16. When a horrific crash dredges up an unthinkable loss from Lauren’s past, can their love triumph?

Dagger is a full length standalone novel of approximately 97,000 words. It is the first of the read-in-any order series American Fighter Pilot, following the lives and loves of the 491st Deadly Rattlers, an F-16 squadron preparing the next generation of aviation warriors at the historic and fast-paced Home of the Fighter Pilot, Nellis Air Force Base, a few miles north of glittering Las Vegas, Nevada. Strap yourself in for a ride on this jet-fueled steamy contemporary romance, written with a unique authenticity that gives the reader a realistic behind the scenes glimpse into the fascinating world of the American Fighter Pilot.

Recommended for those 18 and over due to frequent strong language, sexual situations, and some mild war-related violence.

American Fighter Pilot is a series co-written by a former military pilot and his wife, a romance author. This is the perfect read for military/aviation fiction enthusiasts as well as lovers of military romances--it combines the best of both worlds. This series will take you on an accurate, exciting look INSIDE the real-world of America's finest aviators! Finally, a book with some steam and action that you can read and enjoy together.

Aviation fiction, military romance, soldier romance, fighter pilot romance, fighter pilot fiction, inside the real world of the Air Force F-16 Viper pilot, HEA, happily ever after, stand-alone. NOT a cliffhanger, and although characters flow throughout the series, based on the fictitious 491st Deadly Rattlers Fighter Squadron, the story is complete in each book and does not continue. 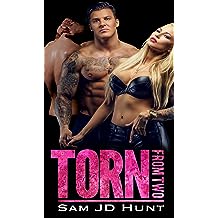 Torn from Two (Taken and Torn Book 2) Aug 16, 2016
by Sam J.D. Hunt, Missy Borucki, Kelly Mallett
( 118 )
$2.99
Torn from Two people he loves more than life, Nathaniel Slater must navigate the dangers of finding his missing sister alone while being pursued by a psychopath intent on killing him. Rex Renton and Penny Sedgewick are determined to stop at nothing to repair their love, overcoming all obstacles to once again fuse three broken souls into one.

In the highly anticipated follow-up to the Amazon Erotica Bestseller Taken by Two, Rex, Nate, and Penny must walk through the fire to hold on to their unconventional three-way love. Will a mysterious man from Rex’s past be the catalyst that tears them apart forever?

The story of two men, one woman, and one love shared by three comes to a thrilling conclusion in this final installment of the two-part series.

Torn from Two is best read as a follow-up to Taken by Two. It is MMF/bisexual erotica and intended for 18+ readers only. This romantic adventure has a HEA ending, and is a full-length novel of approximately 60k words. Torn from Two features love between two men and one woman and does not involve a love triangle or cheating. This novel completes the two part series. 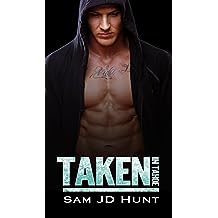 Taken in Tahoe: A Holiday Tale (Taken and Torn) Dec 18, 2017
by Sam JD Hunt
( 17 )
$2.99
Taken in Tahoe, Rex Renton finds himself battling the sins of his dark past. Stranded in a record snowfall, he fights to protect the two people who have become his family, Penelope Sedgewick and Nathaniel Slater. As Rex battles the inner demons that threaten to destroy him, a mysterious letter from a dead man throws him directly into the eye of the storm.

This fateful Christmas will test the trio in ways they never imagined—can their rare three-way love survive the evilness that seeks to destroy them?

Taken in Tahoe is a holiday installment of the Taken and Torn triad series. 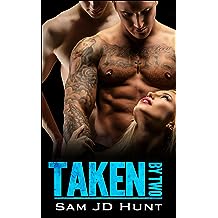 Taken by Two (Taken and Torn Book 1) Mar 6, 2016
by Sam J.D. Hunt
( 298 )
$2.99
Taken by two enigmatic men, Penelope Sedgewick overcomes demons from the past to learn to thrive in a thrilling new dangerous world. When the missing billionaire Nathaniel Slater reappears from oblivion and kidnaps her, she’s sure his dark friend, Rex Renton, is the true one to fear. The nature of their close relationship intrigues her, and as the three are thrown together in a fight for their lives, the sizzling chemistry between them explodes with more heat than the exotic jungle Rex calls home. As each of the unlikely lovers seek redemption for past sins, the three-way love between them grows into an unbreakable bond.

MMF/Bi/Ménage/HEA/M/M with heroine involved only 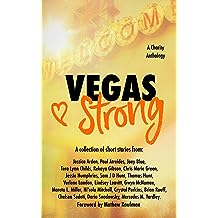 October 1, 2017. It’s a day the world will never forget, and the people of Las Vegas will always remember. One man committed an act of domestic terrorism on a crowd of unsuspecting concert attendees and changed this city forever.
In the days that followed, a city that was bruised and battered proved just how strong it truly is. Blood banks had lines that never ended. Food was delivered to police stations, fire stations, and community centers. Massages were donated to therapists helping everyone who needed someone to talk to. Vegas Strong was on buildings, signs, and t-shirts all over a city that came together in unexpected and beautiful ways.

During those first few days, two authors had a late-night talk about what they could do to help, and this anthology was born. Authors who live in Las Vegas, or grew up here, were asked to write about their favorite places in Vegas or just Vegas itself. These are their Fiction and Non-Fiction stories. We hope you enjoy them and never forget that one person can make a difference or that love will always win against hate.

Dedication and Foreword by Mathew Kaufman.

All proceeds will go to the Code Green Campaign. http://codegreencampaign.org/
Read more
Other Formats: Paperback 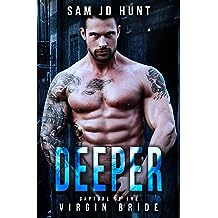 Sir James Morgan didn’t plan to end up with a virgin for his pet, but when his brother, Henry, the notorious pirate captures Lucinda on her wedding day, their lives are forever changed. Sweet Lucinda would make the perfect novelty for James, but she isn’t suited to be a pet.

Despite the sensual fire they share, Lucinda’s fierce resolve prevents her from submitting to her captor or any other man. As they endure an adventure wrought with danger, deceit, and desire, two unlikely lovers are swept deeper. 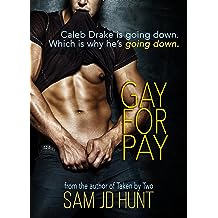 Caleb Drake is a guy’s guy—beer on Friday, football on Sunday, he couldn’t be more secure in his sexuality. But he is dealing with the aftermath of an expensive divorce, and his shaky judgment has caused him to lose his lucrative career as a personal injury attorney. Facing disbarment, and costly legal fees, he considers an unthinkable solution offered by an unlikely advisor: his soon-to-be ex-wife.

A story so wrong it has to be right from the author of Taken by Two. 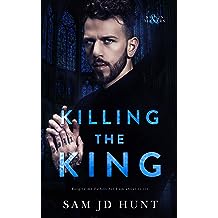 As spring melts into the hottest summer I’ve ever known, my love for my new parish priest fuels a rebellion deep in my soul that no man dare tame. Once unleashed, not even the all-powerful King of England can contain the force that we will become.

It’s time for an unholy war, and my forbidden lover and I will fight to the death before we let our fire be blown out.

Can a love born in hell ever make it to heaven?
Will a soul destined to kill ever truly live? 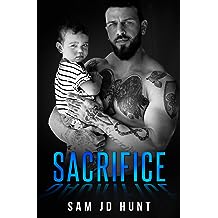 Ex-con Shawn “Mack” MacKenzie has more than he ever dreamed of – a beautiful daughter, the woman he loves, and a skyrocketing career. But when ghosts from the past threaten to derail it all, he’ll face his biggest battle yet.

Far from the glitzy lights of Vegas, Mack is back in Sam’s Town for the fight of his life. In the explosive follow-up to REDEMPTION, an angel and a demon demand vengeance and Mack must choose. Will the dark sins that haunt him demand an unbearable SACRIFICE?
Read more
Other Formats: Paperback 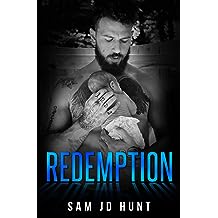 REDEMPTION (A Sam's Town Novel Book 1) Oct 15, 2019
by Sam JD Hunt
( 42 )
$2.99
One bad boy who suddenly becomes a single father.
One unexpected romance with his new daughter’s fiery social worker.
One man who finally finds a chance at redemption by two bonds of love that sink deeper than he ever imagined…

I never wanted her. I never wanted anyone, for that matter. But here she is, dropped on my shabby doorstep one sweltering Vegas afternoon. My newborn daughter Grace is beautiful, perfect, and apparently mine thanks to a meaningless fling with someone I barely know.

I want to change my life for her, but I’m terrified. Can I, ex-con Shawn “Mack” MacKenzie, ever get it together enough for them to let me keep my precious daughter? God knows I’ll try, but it won’t be easy. The odds are against us. Not to mention the Tara situation…

As if all this wasn’t enough, fate has another trick up its sleeve - I am falling suddenly and unexpectedly in love with Tara Ramsey, the social worker assigned to my case. Do I have room in my new life for the complication she brings?

All I know for sure is that for the first time in my life, I am determined to sacrifice everything for love and ultimately, hopefully, a chance at redemption. 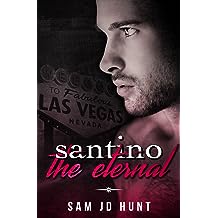 Santino the Eternal (The Eternal Series Book 1) Mar 28, 2017
by Sam JD Hunt, Clarise Tan, Missy Borucki, Kelly Mallett, Eric David Battershell
( 50 )
$2.99
Santino the Eternal has never craved the forbidden - until now. As a blood-thirsty serial killer hunts the glitzy streets of Las Vegas, Santino collides with a young college student - can she make it out alive?

Clara Denton’s life is flung into chaos when she discovers a drained corpse in a posh hotel room on the Strip. And as if her life wasn't already spiraling out of control, her reclusive boss has taken a disconcerting interest in her. Unable to resist the dark pull, she is drawn further and further into the murky world of the undead - as well as just the dead, too. When the handsome Matthew Hunter arrives with his sights set on Clara, she is thrown into one final eternal struggle of good versus evil.

Can love truly be eternal?