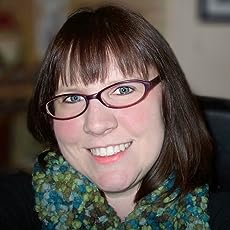 Samantha Warren is a fantasy and science fiction author who spends her days immersed in dragons, spaceships, and vampires. In the name of research, she enlisted the help of her pet dragon Anethesis and together they built a ark-like spaceship. Three trips through a hole in the time-space continuum allowed the pair to explore the universe decades into the past and eons into the future. They discovered how life would be without Earth and were forced to run from alien law enforcement when their ship was deemed unspaceworthy. In the long run, the constant space repairs cut into Samantha's sock fetish fund, so she sold her ark for half-price to a slimy creature that made Jabba the Hutt look like Brad Pitt.

After her years of traveling, she returned to her roots. When she isn't writing or reading, she is playing with her baby goat, Stretch. She spends her free time collecting zombie gnomes watching any show featuring Gordon Ramsay. Anethesis remains by her side, sleeping away the day and hunting evil cat-eating coyotes by night. 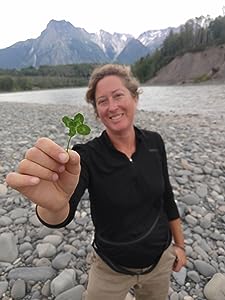 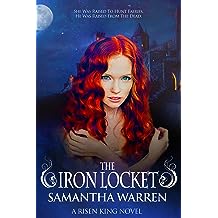 Aiofe Callaghan comes from a long line of faery hunters. Hired by one of the faery queens, they protect the human world from chaos and destruction. But when Aiofe stumbles through an open door into the land of Faery, she discovers the job isn't as simple as it seems, and neither is she.

Arthur Pendragon spent centuries in blissful nothingness, until the day the four queens banded together to raise him from the dead. Along with his twelve most talented knights, he leads the warring armies of Faery against the greatest enemy they have ever known: one of their own.

Can they overcome their differences to confront the greatest challenges either of them have ever faced?

"The reader is drawn in immediately and will be screaming in frustration when they reach the final pages and realize it ends in a cliff hanger! The Iron Locket is worth the quick read and should top any to-read stack that involves Arthur." - InD'tale Magazine
Read more
Other Formats: Audible Audiobook , Paperback 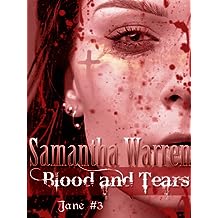 Blood & Tears (Jane #3) Jan 6, 2014
by Samantha Warren
( 2 )
$2.99
Jane's back! And she's not alone. Someone is creating new vampires and Father Bellini has hand-picked a crack team to find out who's responsible. Meet the boys that have Jane's back!

Felipe- Strong, handsome, Italian. This sexy vampire is not only Jane's trainer, he's her friend. But he wants something more from the relationship. Is she ready to give him what he asks?
Ronin- A vampire priest who lives with Felipe and Jane, he refuses to let his flock go into battle unprotected. Armed with a wooden cross and a machine gun, his loyalty is unquestionable and unmatched.
Ado- After New Blood, Ado is dealing with the loss of his previous partner. He struggles with feelings of guilt, despair, and vengeance.
Benton- One of the two humans on the team, Benton was kidnapped at the age of 15 and used as a blood slave for more than two years. Since his rescue by Ado, Benton has been a key player in the fight against rogues.
Jax- The other human team member, Jax was introduced to the world of vampires by his brother. After spending years in the dull work of security forces, Jax is looking for some action.
Read more 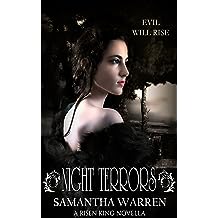 Night Terrors: A Risen King Novella (The Risen King Book 4) Nov 21, 2014
by Samantha Warren
( 3 )
$0.99
Evil isn't always made. When Leanansidhe is betrayed by her best friend, Titania, and abandoned by those she thought loved her, she flees into the Dark woods, where she encounters terrors even she couldn't have imagined.
Read more 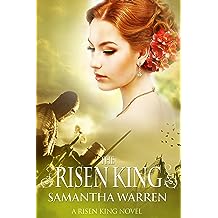 The Risen King Dec 30, 2014
by Samantha Warren
( 3 )
$3.99
In an unprecedented move, three corners of Faery have joined together to defend their land from the terrible Leanansidhe. King Arthur has risen once again to the height of power and stands strong with Queen Aiofe at his side. In this final book of the Risen King trilogy, they go head-to-head with the most powerful faery the land has ever faced.
Read more
Other Formats: Paperback 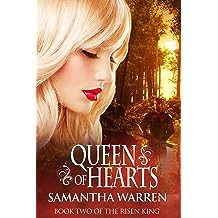 Queen of Hearts: A Faery Hunter Romance (The Risen King Book 2) Jun 28, 2014
by Samantha Warren
( 4 )
$3.99
Aiofe and Arthur have found themselves together in the land of Faery, surrounded by heartache and hope. They're prepared to take on the worst: A war is looming on the horizon, ready to pit the citizens of Faery against each other in a battle to end all battles. Arthur was raised from the dead to stop that war, to protect the four realms from utter devastation, but when a long lost love arrives, he will be forced to question everything he thought he knew, and Aiofe will question him.
Read more
Other Formats: Paperback 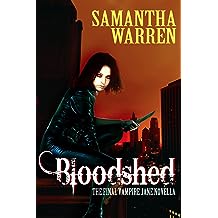 Jane has gone through a lot during her time as a vampire. She has lost friends, found love, and fought more bad guys than she ever would have thought possible. In this tenth and final book of the Vampire Assassin series, she will have to decide what she really wants from her life. Does she want to hide away and protect those she loves from genocide? Or will she risk it all and fight for the freedom of supernatural creatures everywhere? Let the BLOODSHED begin!
Read more 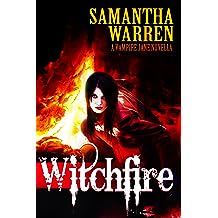 Witchfire (Jane #8) Jul 9, 2013
by Samantha Warren
( 3 )
$2.99
Jane has a life many would envy. She is married to a wonderful vampire, she has some of the best friends a woman could ask for, and she lives on a gorgeous ranch outside of a town protected by witches. But all of that is about to be shattered to pieces.
Read more 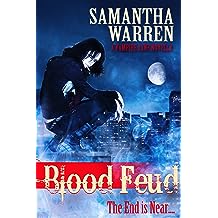 Blood Feud (Jane #9) Feb 5, 2014
by Samantha Warren
( 4 )
$2.99
Jane has had a rough couple of months. Her family was attacked, she lost her best friend, and she spiraled into a horrible depression. Little does she know, the Red Death have plans for her and what's left of her family, and things are about to get much worse.
Read more 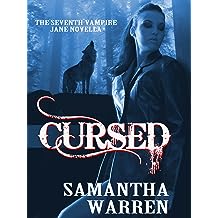 Cursed (Jane #7) Jan 7, 2013
by Samantha Warren
( 3 )
$2.99
Hell hath no fury like a witch scorned, or so Jane is about to find out. When rogue werewolves cause problems in a neighboring state, Jane and crew go to help clean up the mess. Little do they know, the mess followed them home.

Cursed is the 7th novella in the Jane series, running approximately 20,000 words. For the start of the series, please download Vampire Assassin, a free novella.
Read more 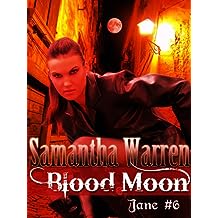 Blood Moon (Jane #6) Jan 2, 2014
by Samantha Warren
( 4 )
$2.99
Jane just got married and she couldn't be happier. She's surrounded by her best friends and things are looking bright. But there's one problem: they're outcasts and hunted by the Vampire Council. Can an alliance with a strange new ally be their saving grace? Or will it spell doom for them all?
Read more 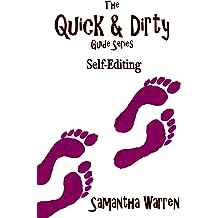 The Quick & Dirty Guide to Self-Editing Apr 29, 2014
by Samantha Warren
( 1 )
$0.99
The Quick & Dirty Guide series is designed to be a quick, nitty gritty guide to help you make your way in the self-publishing world, based on my experience as an author-publisher. This part of the series, the Self-Editing Guide, walks you through a quick and (semi-)painless editing process so you can produce the best book possible.
Read more 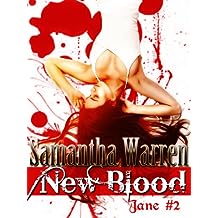 New Blood (Jane #2) Jan 6, 2014
by Samantha Warren
( 6 )
$2.99
In the second book of the series, Jane struggles to cope with her new life as a vampire. With the help of a priest, a dog groomer, and an assassin, she attempts to come to terms with what she has become and find her purpose in the world. This novella runs approximately 20,000 words.
Read more