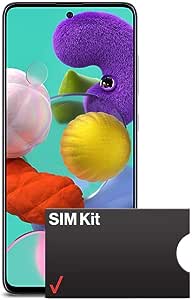 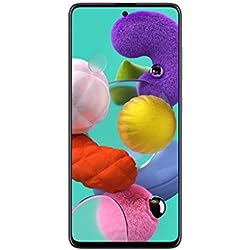 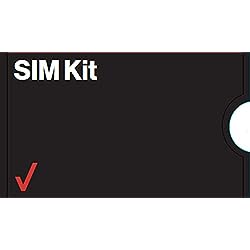 4.4 out of 5 stars
4.4 out of 5
7,021 global ratings
How are ratings calculated?
To calculate the overall star rating and percentage breakdown by star, we don’t use a simple average. Instead, our system considers things like how recent a review is and if the reviewer bought the item on Amazon. It also analyzes reviews to verify trustworthiness.

lildbcakes
1.0 out of 5 stars Does not work on Verizon
Reviewed in the United States on September 24, 2019
Color: BlackStyle: A50Pattern Name: PhoneVerified Purchase
The one star is simply because this phone did not work on Verizon despite the description saying that it is "compatible with most major U.S. GSM and CDMA Networks." I spent 1.5 hrs chatting with Verizon and could not get the phone to work despite saying that it was on their network. I returned that phone for a replacement and the 2nd phone also would not make or receive calls.
Read more
707 people found this helpful
Helpful
Comment Report abuse

Michael J.
4.0 out of 5 stars Phone is outstanding, unless you use ATT
Reviewed in the United States on September 25, 2019
Color: BlackStyle: A50Pattern Name: PhoneVerified Purchase
No complaints about the phone, but for some reason, ATT will not recognize it. After three days and five visits to various ATT service centers, I am returning it. Also, there is no help from the Amazon support folks. In fact, both sides directed me to the other for the solution. Not sure about the other carriers.
Read more
409 people found this helpful
Helpful
Comment Report abuse

Melissa
3.0 out of 5 stars I'll probably keep it but...
Reviewed in the United States on October 7, 2019
Color: BlackStyle: A50Pattern Name: PhoneVerified Purchase
I don't write many reviews, but since this phone is new to the US market, I thought I would throw my two cents in. I have only had two smartphones since 2016, yep I was a big hold out, and they were both cheap BLU phones, so I don't have much to compare this to. It's more phone than I need, and it's a great phone so far, except for one thing. It has no LED notification light. I didn't know this when I bought it, and I'm struggling. The reason I decided to replace my year and a half old phone is that the notification light constantly flashed for no known reason. I always have sound off, and I'm not always right near my phone, so it's annoying thinking I missed a call or text and checking my phone, I realize it's just a glitch. This phone doesn't tell me I missed a call or message unless I check it. I think that's better, but only slightly. Some people will not be bothered by this, but I only realized this after I bought it, even after reading many reviews. The fingerprint sensor is ok, fails sometimes, and I have no screen protector, but it might fail more often with one. You can use the PIN option as well. It takes pretty good pictures, but again, I can only compare with not so great phones. I thought I would be wowed by this phone after reading all the reviews and coming from a true budget phone, but I'm just on the fence. So essentially my two cents is do a lot of research and make sure this, or any phone, has the features you want, because while this phone is new to the US market and is getting rave reviews, there might be a better phone out there even cheaper.
Read more
345 people found this helpful
Helpful
Comment Report abuse

Amazon Customer
4.0 out of 5 stars Works with Sprint but not Verizon (CDMA)
Reviewed in the United States on September 25, 2019
Color: BlackStyle: A50Pattern Name: PhoneVerified Purchase
Despite the band compatibility, it doesn't work with Verizon at the moment.
Read more
281 people found this helpful
Helpful
Comment Report abuse

Mekonnen Akellom
5.0 out of 5 stars A50 SM-A505UZKNXAA US Version
Reviewed in the United States on September 27, 2019
Color: BlackStyle: A50Pattern Name: PhoneVerified Purchase
I had receieved my A50 Samsung Galaxy three days ago & everything just working fine. I have LTE connectivity with AT&T and running super fast. For US resident buyers, i do recommend this is the perfect model to buy. A50 is pretty much comparable to a flagship at the lowest price. The pictures are top notch. Buy the right model, i bet you will not regret.
Read more
228 people found this helpful
Helpful
Comment Report abuse

AD
3.0 out of 5 stars Could have been better
Reviewed in the United States on September 25, 2019
Color: BlackStyle: A50Pattern Name: PhoneVerified Purchase
There are two things to a smartphone experience: a) the phone feature- mic, speaker, and associated experience, and b) the smartphone experience. I will be succinct in my feedback. The phone failed miserably on its phone experience- speaker quality is sub-par, on smartphone side, its average-screen is good (not great), camera is sub-par, screen touch is slow and freezes. Only good feature is that the battery lasts well over a day.
Read more
195 people found this helpful
Helpful
Comment Report abuse

shravya_satara
3.0 out of 5 stars Sent me a used one!
Reviewed in the United States on October 21, 2019
Color: BlackStyle: A10ePattern Name: PhoneVerified Purchase
I loved the phone great features like face recognition. But I think I got a used one that was unhappy. I would like a brand new for I paid the full price. I returned it.
Read more

D. Sourile
3.0 out of 5 stars It's a midrange phone. You must accept that. It's not a flagship killer.
Reviewed in the United States on September 19, 2020
Color: BlackStyle: A71Pattern Name: PhoneVerified Purchase
Look, this phone is amazing on paper and will get tons of love because it's a huge screen at a low price. But it's the little things that add up to a bad experience. I returned mine and went back to a flagship model. Here's why:

-No IP68 water resistance. Suddenly, I was afraid to take pictures of my kids while they played in the water. No answering emails near a pool or in the bath. I missed that.
-Camera is bad. Slow shutter, subpar quality, could not capture motion well (kids).
-Bad radios. Had dropped calls for the first time in YEARS. Unreal. Internet connection was worse. Bluetooth was cutting in and out. Really surprised.
-Plastic cheap looking back. Nah.
-Stuttered when pushed. I guess I'm spoiled by top tier processors and RAM amounts.
-No dual speakers. Makes a huge difference in sound.
-No wireless charging. I miss that.
-No reverse wireless charging. I miss that too.
-Less RAM so apps reload sooner.

I appreciated the fact that it had expandable storage. Honestly, it does everything fine for the average consumer. But not for someone used to flagship phones. The camera is too important to me, among other details it whiffs on.