from
Added to Cart
An error occurred when processing your request. Try again
Add No Thanks
Have one to sell?
Sell on Amazon 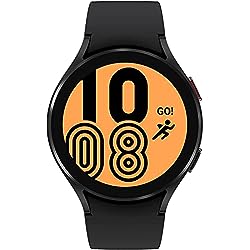 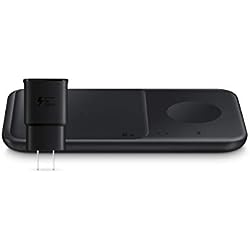 Amazon Customer
1.0 out of 5 stars Looks and feels great but...
Reviewed in the United States on August 31, 2021
Day 1 we are at 1 star and I will tell why....Pros:- Looks and feels like a quality smart watch.- Super responsive screen and the display appears to be top notch.- Samsung wearable app is clean and easy to setup.Cons:- requires you to download the Samsung health app but the app setup is garbage. It guides you towards enabling 2fa but either errors out or closes the app.- you have to have a Samsung phone in order to use the ecg function.Smart watches can be super gorgeous and built with the best specs, but if the required apps lead to a negative customer experience then the product is no good.
Images in this review

Damien
5.0 out of 5 stars Best Smartwatch Available?
Reviewed in the United States on October 4, 2021
Size: 44 mmStyle: BluetoothColor: BlackVerified Purchase
Ive had many smartwatches. Moto 360, the bulky LG Sport, Fossil Gen 4 and Fossil Gen 5 (that I lost). I loved the Fossil watches because they are high quality watches using WearOS. Never liked Samsung because of Tizen. So when I lost my Fossil Gen 5, I naturally was going to upgrade to the Fossil Gen 6. I did do some other research too and the more I researched, the more I started to like the Samsung Galaxy Watch 4. I don't like bulky watches and the Watch 4 was more slender than the Classic. Reading these Amazon reviews, I was almost scared away. Anything from Google Pay not supported to the touch bezel doesn't work at all.

Another contributing factor to choosing Galaxy Watch 4 over Fossil Gen 6 is the Fossil wasn't releasing with WearOS 3.0. I believe at the time of me typing this review, the Galaxy Watch 4 is the only released device with WearOS 3.0 and it is a major improvement on previous WearOS versions.

I'm not a health nut but the integration with Samsung Health is amazing. I do like to track my steps and sleep and this watch is awesome for that. For sleep, all I do is turn bedtime mode on and go to sleep. The watch does the rest. Monitors blood oxygen and how well you slept. Not sure how accurate it truly is but I do like knowing about how long I've slept.

As far as battery life, it lasts at least all day long. Usually longer. I use it moderately at work checking notifications, replying to messages and controlling my music and when I get home from working a 8-10 hour day, my watch is around 40%-30% typically. I put it on the charger before bed, put it on at 100% at bedtime and wake up to about 85% battery for the day.

DO NOT LET OTHER REVIEWS DISCOURAGE YOU! I challenge you to do your own research. Watch YouTube videos or even go to a local phone store and look/feel the watch. It's definitely the best watch I've owned to date.

If I had to give downsides, it would have to do with Samsungs integration into WearOS 3.0. The Bixby button is NOT reprogrammable to Google Assistant but can be disabled (not remapped). However, from videos I've watched, the Bixby assistant is useful on the watch as it can turn on and off settings by asking it. The other complaint is not being able to reprogram the Samsung Pay button. If you press and hold the bottom button, it opens Samsung Pay by default. Which is annoying if you want to use Google Pay. However, once you properly install and set up Google Pay (and make it default payment method), you don't need to open Google Pay to pay anywhere. Just tap your watch. But if you want to use a different card, you'd have to go into your apps and open Google Pay or assign it to open with a double tap of the top button (that action can be programmed to anything.).

And by this time, I've hope you read my entire review and are placing your order now. Stop second guessing yourself, this watch in my opinion is the best out there right now.

sumtingwongmang
1.0 out of 5 stars Looks and feels great but...
Reviewed in the United States on August 31, 2021
Size: 44 mmStyle: BluetoothColor: GreenVerified Purchase
Day 1 we are at 1 star and I will tell why....

- Looks and feels like a quality smart watch.
- Super responsive screen and the display appears to be top notch.
- Samsung wearable app is clean and easy to setup.

- requires you to download the Samsung health app but the app setup is garbage. It guides you towards enabling 2fa but either errors out or closes the app.
- you have to have a Samsung phone in order to use the ecg function.

Smart watches can be super gorgeous and built with the best specs, but if the required apps lead to a negative customer experience then the product is no good.
Read more

- Looks and feels like a quality smart watch.
- Super responsive screen and the display appears to be top notch.
- Samsung wearable app is clean and easy to setup.

- requires you to download the Samsung health app but the app setup is garbage. It guides you towards enabling 2fa but either errors out or closes the app.
- you have to have a Samsung phone in order to use the ecg function.

Smart watches can be super gorgeous and built with the best specs, but if the required apps lead to a negative customer experience then the product is no good.

Dan V.
1.0 out of 5 stars Sorry Samsung... It just isn't working out between us.
Reviewed in the United States on September 8, 2021
Size: 40 mmStyle: BluetoothColor: BlackVerified Purchase
It's not me. It's you. The background is I've been a long time Samsung user, having started with the S7 active and then Galaxy Gear Watch 2 way back 2016. The Samsung Health app is awesome for tracking all-around fitness, from calories to cycling routes (I have become an avid distance cyclist). Unfortunately, despite having a top-rate fitness app, their products, and now their customer service, are simply lagging. It is apparent from the changes in Samsung Health that they are moving more towards a walled-garden approach like Apple. They've removed support for connected apps (like Google Fit) with the exception of Strava, and the list of non-Samsung devices they support in the fitness band Arena now contains a paltry list of sub-par discontinued products from other vendors. They want you to use Samsung devices, which is fine, BUT...

They haven't addressed a HUGE shortcoming in their wearables, which is battery life. Why is it that I can get a wearable from Garmin, Coros, or Polar that can last 20-30 hours with GPS active and 1-4 weeks without it, but Samsung still, after almost a decade making wearables, can't produce one that can last a full day of normal use? I had this problem with my original Galaxy Gear Watch 2 - it would be dead by the time I went to bed every night, and after a couple years simply wouldn't charge at all - and now several generations later the complaints about battery life are already pouring in?

I do love the Samsung Health app, and was very reluctant to change, but even the worst relationships have their bright spots. Riding over a hundred miles a week on top of having work and children takes dedication and sacrifice. I was willing to try to work within the confines of the poor battery life and use phone GPS tracking on long rides to continue using it. I wasn't happy about being forced into that decision, but was willing to accept it. So... after researching sports watches for weeks and agonizing over an expensive gadget, I pulled the trigger and pre-ordered.

I received a delivery date and when it arrived, anxiously awaited the package since I had a half-century ride planned that weekend. Except it didn't arrive. Finally that evening I got a notification that the shipment was being delayed and it would be another 5 days. Now, if the product hasn't arrived from the manufacturer, you'd think someone would have figured out how to let customers know at some point before the evening it was supposed to be at my door. So... I awaited for the new date. And when that date arrived, it said, "Arriving today by 10pm." Except once again it didn't, and I was given yet another delivery date two weeks away. The next day I finally cancelled the order, only to see that it had finally shipped and should arrive the following day. Nice. I had a twinge of remorse, but it was very slight. I broke up with Samsung, found other fitness tracking apps, synced my rides with Strava, and I'm done being held hostage by overpriced gadgets really meant to be consumer toys.

Thanks Samsung and Amazon for the disappointing experience with this one. Now I have accessories that I have to drive out of my way to return to get the rest of my money back. I understand things get delayed. What I don't understand is when that delay can't be communicated in a timely fashion. You sold a product on pre-order and gave a delivery date when apparently it was already being reported that supply was an issue, then failed to let customers know what was going on until the last minute. Not cool, and considering the reports of bugs and poor battery life (surprise) are already flooding in, time to pick something else.
Read more
269 people found this helpful
Helpful
Report abuse

Jack
5.0 out of 5 stars Bezel IS touch sensitive
Reviewed in the United States on August 30, 2021
Size: 40 mmStyle: BluetoothColor: Silver
I ordered the Galaxy Watch 4 directly from Samsung. I took advantage of the trade-in program on my Active 2.

The Watch 4 is sleeker and more premium than the Active 2. The limited number of current watch faces being it's only drawback.

The main reason for my review is to counter the review stating the touch bezel isn't touch sensitive. Nonsense! In fact, it is more touch sensitive and smoother operating than my Active 2.
Read more
284 people found this helpful
Helpful
Report abuse
See all reviews