You've subscribed to A Cavanaugh Island Novel! We will preorder your items within 24 hours of when they become available. When new books are released, we'll charge your default payment method for the lowest price available during the pre-order period.
Update your device or payment method, cancel individual pre-orders or your subscription at
Your Memberships & Subscriptions
There was an error. We were unable to process your subscription due to an error. Please refresh and try again. 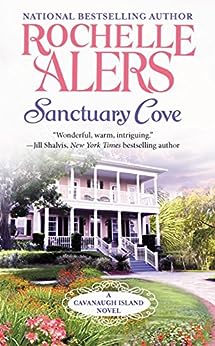 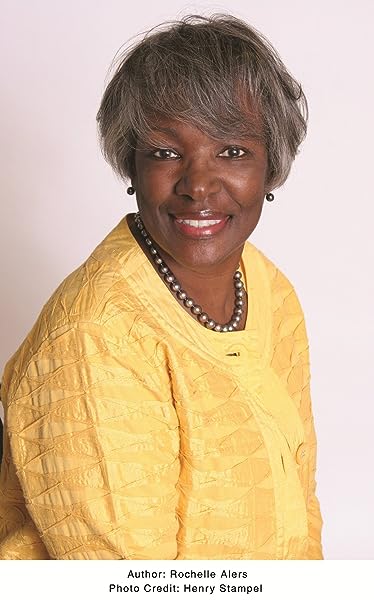 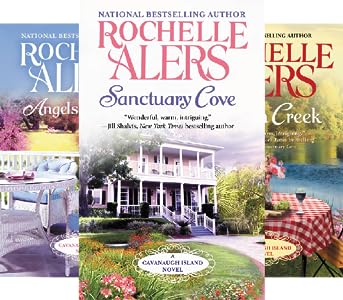 ''I truly and thoroughly enjoyed the book. I found it a wonderful, warm, intriguing romance and was happy to find a new author to read.'' --Jill Shalvis, New York Times, bestselling author of Simply Irresistible

''A gentle romance focused on second chances . . . Soaked in an old-fashioned feel, [this book] will appeal to readers looking for gentle, inexplicit romance.'' --Publishers Weekly

''Sanctuary Cove is a gripping, second chance at love romance . . . [It's] real and truly inspiring. I highly recommend it!'' --Night Owl Reviews

''Carolina lowcountry comfort food, a community of people who care, and a wonderfully emotional love story. Who could ask for more? Sanctuary Cove is the kind of place you visit and never want to leave.'' --Hope Ramsay, bestselling author of Welcome to Last Chance

''Readers will enjoy the ambiance, the delicious-sounding food, and the richly described characters falling in love after tragedy. This is an excellent series starter.'' --Romantic Times Book Review --This text refers to the mp3_cd edition.

ROCHELLE ALERS, with nearly two million copies of her novels in print, is a regular on the Essence bestseller list. She has received numerous awards, including the Gold Pen Award, the EMMA Award, the Vivian Stephens Award for Excellence in Romance Writing, the Romantic Times Career Achievement Award, and the Zora Neale Hurston Literary Award. --This text refers to the mp3_cd edition.

4.6 out of 5 stars
4.6 out of 5
164 global ratings
How are ratings calculated?
To calculate the overall star rating and percentage breakdown by star, we don’t use a simple average. Instead, our system considers things like how recent a review is and if the reviewer bought the item on Amazon. It also analyzes reviews to verify trustworthiness.
Top reviews

Mary Calton Gerard
4.0 out of 5 stars Delightful
Reviewed in the United States on November 23, 2020
Verified Purchase
I actually give this story a 4.5 rating. The bible scripture was wrong. (Ecclesiastes 3:4) As usual the author enchanted me with her vivid description of Sanctuary Cove. I was fascinated by the step back in time when there was libraries and bookstores. This quaint slow paced town is very inviting. I like when an important fact is repeated and additional details are added. Love after tragedy is possible and necessary. Whether it is four weeks, four months or four years. Loved it!
Read more
Helpful
Report abuse

Amazon Customer
5.0 out of 5 stars Asa and Deborah
Reviewed in the United States on January 20, 2021
Verified Purchase
This was a nice read just like I thought it was. I really enjoy this book as I did The Coles. Asa came to Sanctuary Cove because after his wife and son died. He was going to stay there until he got a call from Doctors Without Borders. He in up filled in love with Deborah. Deborah opened up her bookstore and Asa started working there. Seeing her everyday both of them started to fall in love with each other.
Read more
Helpful
Report abuse

Kathleen McClain
2.0 out of 5 stars Very Ambivalent About This One
Reviewed in the United States on August 23, 2012
Verified Purchase
Ms. Alers is a very good story teller and I found myself breezing through the book, quickly turning pages(well, not really, it was on Kindle) even as I was grinding my teeth at the weaknesses of the story/writing. If characterization and stylistic issues don't bother you too much, you might like this. It has some nice ambiance and the h is a likeable character in most ways. Oh, and she has nearly perfect children.

The story is about a woman of Gullah heritage, that is, slaves in the Carolina Low Country. She has just lost her husband of 18 years to drowning and is now left to raise her two teens alone.

I had two major problems with the novel. The first is with characterization. This woman tells us what a wonderful man, husband and father her husband was. She talks about how great her love for him was. She is supposedly grieving for him--she cries at regular intervals. But then four weeks after his death she seems back to her normal self except for the crying spells. She is in a generally upbeat mood, visiting with friends, smiling, chatting, even laughing upon occasion, excited about her new store. But strangest of all to me about her behavior is that she is smiling at and flirting with another man who strongly attracts her. She feels a little guilty about it but most of the time when she is with him she is feeling like a teenager with a crush.

Her kids seem to be the same. The daughter gets upset at one point about something related to her dad, but otherwise the kids also seem upbeat--interested as much as usual in activities like cheer leading practice and the big dance, etc. Now, if this had been six months out from the husband's death, POSSIBLY even three, okay. But 4 weeks? At four weeks most people would still be in shock. So I had a very difficult time with suspension of disbelief. Another thing about characterization: the relationship between the H and h seemed strange to me. They were often saying or doing things when relating to each other that had me thinking, "What???"

The other problem I had was related to the craft of writing. There was too much repetition. She tells us things then tells us the same thing again and again. Like information about the H's family. She also spends too much time telling us things that are not important to the story: every single little move anyone makes while in the kitchen, conversations about boring, everyday stuff. One of the things that makes the story interesting is all of the detail she gives about the location and culture, but too often it sounds like a lecture to the reader rather than anything someone would actually say to another.

Okay. Those are the down sides. These aren't the kinds of things that deter all readers. Ms. Alers is good at composing sentences and at other basic writing skills. The story flows well, we like the h and H (except for some readers who think he is too macho--and he is rather but that may be because of cultural differences and so will not deter some readers either.) It is a rather sweet story set in an ideal world where everyone looks out for everyone else, children are perfect, money is not an issue and small town people can win out over the big developer types. I actually like my stories one degree closer to reality but, hey, that's me. I won't be reading any more of Ms. Alers stories because, for me, the negatives get in the way too much but I can well imagine that other readers may enjoy her novels.

J. Blue
3.0 out of 5 stars Somewhat Disappointed; But Entertaining
Reviewed in the United States on July 20, 2012
Verified Purchase
I am familiar with the moss covered trees and the charm of Charleston as well as the nearby island of Kiawah. The region is very scenic and romantic, so I had high hopes for a "romance" novel set in the area.

Sadly, I was somewhat disappointed...

There were two situations (leading to the inevitable "Man Beds Woman") in the book that were unsettling to me. First, if Louis Robinson had "Erectile dysfunction (ED)" and could not perform sexually, why did he not come forth and defend his honor and the honor of his family (let's not forget that his teenage children were impacted as well) against the allegations of impregnating one of his students? Although the author attempted to explain this "tidbit" I found this to be very unrealiatic of him to put the needs of his student ahead of his own family?

Next, what recently widowed women (Deborah Robinson), or better question...in this day and age, what physician (Dr. Asa Monroe) would have "unprotected sex?" Again, even in the heat of passion, at their educational levels, ages, and with teenage children looking to them to set examples...how realistic is that?

With those two situations out of the equation, Sanctuary Cove was entertaining and "cute." I could almost smell the ocean and feel the breeze as she described the island and its surroundings. The descriptions of the towns people were rich with characterization and charm. I could visulize everything from the town meeting in the book shop to the nosey neighbor "running" into Deborah and Asa as they took a stroll in the park.

With that said, I am new to Rochelle Alers' work and have pre-ordered and look forward to "Angels Landing" to be released in August!
Read more
2 people found this helpful
Helpful
Report abuse

Dr. Asa Monroe is a newcomer to the island, Asa is waiting for his assignment Doctors Without Border to be approved but in the mean time the island is a place for him to heal his heart. Asa lost his wife and son in a tragic accident.

Deborah Robinson is a widower who decided to move to the island after her husband death. Deborah and her kids (Whitney & Crystal) moves in her grandparent's home. Deborah comes home to heal after all of the investigation regarding her supposing improper behavior with a fellow student. Louis Robinson was a high school teacher.

This is a story of Charleston, South Carolina where the towns peoples know everybody and is there to lean there support. Deborah opens a book store and hires Asa to help. As time goes on Asa & Deborah realize that they have feeling for each other and slowly begin to fall in love. Although they wasn't looking for a relationship Asa still questioning why he no longer has his wife and son, and Deborah who is still grieving but in the midst of it all they become friends who would become lovers.

The story takes you through South Carolina the wonderful business the restaurant. I tell as I reading this I decided that I need to take a trip to South Carolina to experience some of this hospitality.

I am waiting for the next installment of Cavanaugh Island.

Kindle Customer
5.0 out of 5 stars Brilliant
Reviewed in the United Kingdom on April 26, 2014
Verified Purchase
A very good read and would reommend this book to my friends. Looking forward to more books for the collection
Read more
Report abuse