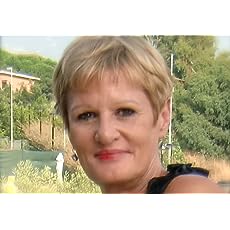 Sandra was born in Bishop Aukland, County Durham in 1957. The first five years of her life were difficult because of her father who was an angry and abusive man. She would hide behind a chair, terrified as he delivered cruel beatings to her mother. They finally escaped with their lives, taking only the clothes they wore.

Sandra's mother found work in a beautiful little village called Summerhouse, where they lived frugally, but happily for five years. In 1967 her mother re-married and they moved to North Yorkshire.

Sandra began writing at the young age of twelve and became quite the celebrity at Richmond High School for Girls where she shared her stories with her friends. She was encouraged many times to submit her short stories to magazines, but never did.

In 1977 Sandra married a British Soldier and thoroughly enjoyed the life of an Army Wife. The three years spent in Germany inspired her first novel 'Dead of July'. Although this is a Ghost Story, it is strongly influenced by the character and humor of those people she met while living and working in Dortmund, Germany.

Sandra now lives in Colorado with her husband, and talented daughter.

Sandra's first two short stories 'Guy at the Bar' and 'Girl on the Beach' are currently being re-edited and will be released in Spring/Summer 2014.
Read more 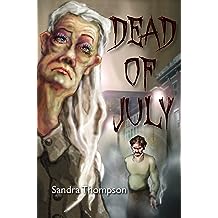 Evil lurks in the shadows...

I smell it but I don't see it. Why does it haunt me?

One Sunday afternoon Sheila came across a badly beaten young girl in a local park near her home. The girl's name was Anna. Anna was being pursued by an angry drunken man with a murderous look in his eyes.

Sheila took Anna's hand and they ran for their lives. A couple of days later their paths crossed again. Anna told Sheila about the abuse she has suffered at the hands of Viktor, the man who chased her in the park. Sheila, appalled by Anna's story, helped her get out of town, but paid the price for interfering.

Sheila's first adventure is set in Dortmund, Germany and is a terrifying, yet heartwarming story. It has so many twists and turns that it ties you in knots. Does Anna truly escape? Can Sheila outwit an evil malevolent Russian?

˃˃˃ There's only one way to find out. Turn to the first chapter and start reading.