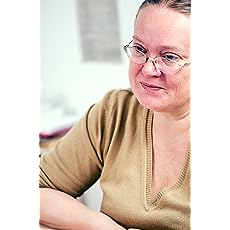 Born in France in 1970, Sandrine Berges teaches philosophy at the university of Bilkent, in Turkey. She writes about women in the history of philosophy, particularly the 18th century.
Read more 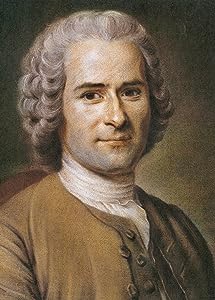 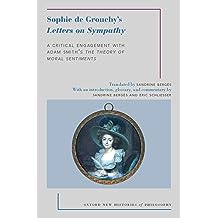 Sophie de Grouchy's Letters on Sympathy: A Critical Engagement with Adam Smith's The Theory of Moral Sentiments (Oxford New Histories of Philosophy) May 17, 2019
by Sandrine Bergès , Eric Schliesser
$28.45
Adam Smith, in his The Theory of Moral Sentiments, largely left his readers to develop his argument's full implications. Many philosophers famously did so, including Mary Wollstonecraft, Thomas Paine, and John Millar, among others, but less known are Sophie de Grouchy's own contributions, presented here alone in translation. Grouchy (1764-1822) published her Letters on Sympathy in 1798 together with her French translation of The Theory of Moral Sentiments. While Grouchy's Letters mainly engage critically with Smith's philosophical analysis of sympathy, they offer valuable perspectives and original thoughts about the relationship of emotional and moral development to legal, economic, and political reform. In particular, Grouchy sought to understand how the mechanisms of sympathy could help the development of new social and political institutions after the revolution. Her Letters further contain profound reflections on the dangers of demagoguery, the nature of tragedy, and the roles of love and friendship.

Though ostensibly a commentary on Smith, the Letters stand in their own right as significant and original contributions to political philosophy. This new translation by Sandrine Bergès of a text by a forgotten female philosopher illuminates new inroads to Enlightenment and feminist thought and reveals insights that were far ahead of their time. The volume includes a critical introduction, explanatory notes, and a glossary of terms to provide critical and historical analysis for the novice reader.
Read more
Other Formats: Hardcover , Paperback 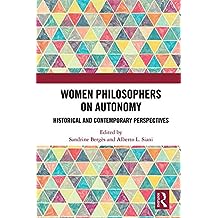 We encounter autonomy in virtually every area of philosophy: in its relation with rationality, personality, self-identity, authenticity, freedom, moral values and motivations, and forms of government, legal, and social institutions. At the same time, the notion of autonomy has been the subject of significant criticism. Some argue that autonomy outweighs or even endangers interpersonal or collective values, while others believe it alienates subjects who don’t possess a strong form of autonomy. These marginalized subjects and communities include persons with physical or psychological disabilities, those in dire economic conditions, LGBTI persons, ethnic and religious minorities, and women in traditional communities or households.

This volume illuminates possible patterns in these criticisms of autonomy by bringing to light and critically assessing the contribution of women throughout the history of philosophy on this important subject. The essays in this collection cover a wide range of historical periods and influential female philosophers and thinkers, from medieval philosophy through to contemporary debates. Important authors whose work is considered, among many others, include Hildegard of Bingen, Margaret Cavendish, Anne Conway, Mary Wollstonecraft, Susan Moller Okin, Hélène Cixous, Iris Marion Young, and Judith Jarvis Thomson. Women Philosophers on Autonomy will enlighten and inform contemporary debates on autonomy by bringing into the conversation previously neglected female perspectives from throughout history. 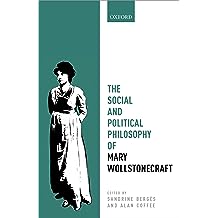 The Social and Political Philosophy of Mary Wollstonecraft (Mind Association Occasional Series) Nov 17, 2016
by Sandrine Bergès , Alan Coffee
$72.99
Interest in the contribution made by women to the history of philosophy is burgeoning. Intense research is underway to recover their works which have been lost or overlooked. At the forefront of this revival is Mary Wollstonecraft. While she has long been studied by feminists, and later discovered by political scientists, philosophers themselves have only recently begun to recognise the value of her work for their discipline. This volume brings together new essays
from leading scholars, which explore Wollstonecraft's range as a moral and political philosopher of note, both taking a historical perspective and applying her thinking to current academic debates. Subjects include Wollstonecraft's ideas on love and respect, friendship and marriage, motherhood,
property in the person, and virtue and the emotions, as well as the application her thought has for current thinking on relational autonomy, and animal and children's rights. A major theme within the book places her within the republican tradition of political theory and analyses the contribution she makes to its conceptual resources.
Read more
Other Formats: Hardcover 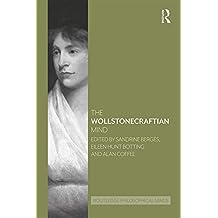 There has been a rising interest in the study of Mary Wollstonecraft (1759-1797) in philosophy, political theory, literary studies and the history of political thought in recent decades. The Wollstonecraftian Mind seeks to provide a comprehensive survey of her work, not only placing it in its historical context but also exploring its contemporary significance. Comprising 38 chapters by a team of international contributors this handbook covers:

Essential reading for students and researchers in philosophy, Wollstonecraft’s work is central to the study of political philosophy, literature, French studies, political thought, and feminism. 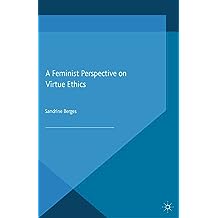 A Feminist Perspective on Virtue Ethics Mar 3, 2015
by S. Berges
$79.20
A Feminist Perspective on Virtue Ethics provides of historical survey of feminist virtue ethics, and shows how the ethical theorizing of women in the past can be brought to bear on that of women in the present.
Read more
Other Formats: Hardcover , Paperback 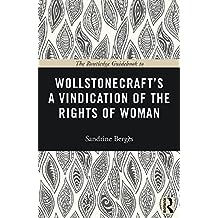 Mary Wollstonecraft was one of the greatest philosophers and writers of the Eighteenth century. During her brief career, she wrote novels, treatises, a travel narrative, a history of the French Revolution, a conduct book, and a children's book. Her most celebrated and widely-read work is A Vindication of the Rights of Woman. This Guidebook introduces:

It is ideal for anyone coming to Wollstonecraft’s classic text for the first time and anyone interested in the origins of feminist thought. 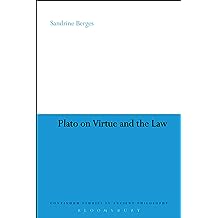 Ancient philosophy is no longer an isolated discipline. Recent years have seen the development of a dialogue between ancient and contemporary philosophers writing on central issues in moral and political philosophy. The renewed interest in character and virtue as ethical concepts is one such issue, yet Plato's contribution has been largely neglected in contemporary virtue ethics.

In Plato on Virtue and the Law, Sandrine Berges seeks to address this gap in the literature by exploring the contribution that virtue ethics make to the understanding of laws alongside the interesting and plausible insights into current philosophical concerns evident in Plato's dialogues. The book argues that a distinctive virtue theory of law is clearly presented in Plato's political dialogues. Through a new reading of the Crito, Menexenus, Gorgias, Republic, Statesman and Laws, Berges shows how Plato proposes several ways in which we can understand the law from the perspective of virtue ethics.