THE VAMPIRE is my first full length book to be published. I began writing this story in the 1980's but was not able to achieve exactly what I wanted, and what I felt the book needed to be, not until eight years ago. I never intended this to be more than a single volume, and was not especially interested in publishing what is primarily a private enjoyment, but the characters had other ideas. I continued to write as long as they told me details and events of their lives. Initially, I wrote this book, or books, as there are soon to be three published, still intended for myself only, because I needed to write the kind of story I want to read, and was not finding that among current vampire themed books. And while I still write primarily for myself, I have been surprised when others have shared their enjoyment of the story as well, and I appreciate Mr. Augere allowing me to tell that story.

Jason is the vehicle by which the reader comes to know the Vampire. It is through his interactions that we are led to other characters and learn through those often complex entanglements the difficulties and sometimes small joys that can come with the involvement of humans in the life of a being like Augere. I wanted a personal story, a micro-view of the challenges faced as human characters, with faults of their own, choose to struggle, for their own personal reasons, to establish and maintain a relationship with a charming but deadly creature unlike anything they have ever known. 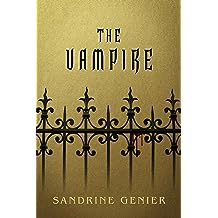 The Vampire (THE VAMPIRE Book 1) Mar 10, 2015
by Sandrine Genier
( 48 )
$4.99
Jason Sterling never meant to put his life, or anyone else's in danger when he accepts an unusual job offer. The job has great perks and the Genier law firm's longstanding reputation, going back 170 years, assures him all is well. The alluring and mysterious Augere becomes his obsession. Jason knows little about him and he has a strong desire, a compulsion, to be in his presence and learn all he can. Augere's sumptuous home on Beacon Hill in Boston is far from the bayous of New Orleans and the now decaying structure in Savannah that holds the secrets- places where Augere's existence was forever changed. Events on a dream trip to Europe begin to suggest a reality that is very different from the one Jason knows. When a terrifying incident causes Jason to believe he has stumbled on a secret he was never meant to know he thinks he has become the victim of a bitter betrayal. But all is not as it seems.
Read more
Other Formats: Paperback 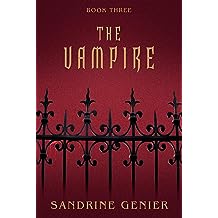 The Vampire (Book Three) Mar 13, 2020
by Sandrine Genier
( 15 )
$9.99
“Please, tell me you’re not involved in anything sordid…sinister…or illegal…”
Recent events bring Jason fresh realization of how things can play out in the realm of the Vampire. Now he’s anxious for life to return to a semblance of normal. He impulsively invites Augere to accompany him to a major paranormal conference and is surprised when he accepts. Road trip is on! What could possibly go wrong?
But nothing is ever quite what it seems. Jason is crushed at unexpected news that brings everyone to a funeral. The house in Boston receives an unexpected guest. Jason’s sleep suffers while waking hours are filled with anxiety and nameless dread. The remedy is not quite what he expected, and the experience brings peace and consternation as well as new revelations.
He is barely home again when called to Savannah on a trip shrouded in mystery. Nothing has quite prepared anyone for the experience that awaits.
As Jason is pulled further into the realm his obsession with the secrets beneath the Vampire’s smooth exterior has him mentally assembling pieces of a puzzle, and his relentless curiosity could be his downfall. 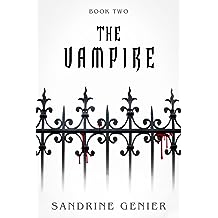 "It is time to drop any illusion of innocence..."

A tumultuous year has passed and life for Jason Sterling has become a series of new discoveries about Augere's past and his Vampire nature, while learning fascinating and disturbing details regarding previous assistants.

Just as it appears his relationship with Augere is stable, a seemingly simple request causes unforseen problems between them, and sets in motion events which ultimately reveal both long-hidden and recent secrets. The drama plays out against a backdrop of family strife, betrayals, mistrust and uncertain futures for all  those who are part of the Vampire's close realm. As Jason learns more about advantages as well as dangers inherent in his role as assistant it appears that dire consequences await anyone who dares to go against the Vampire. But Jason suspects that when it comes to Augere, no one is truly safe. Matters become even more complicated when a tragedy occurs that resonates with Jason on a personal level and challenges his conscience, casting a shadow over his future with Augere.