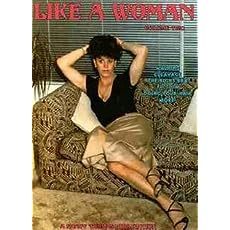 Often sweet, always fun, romantic novelettes posing the question -
"What if you were the one society forced to wear a dress, high heels and makeup?".
Over two hundred TV TG TS titles! 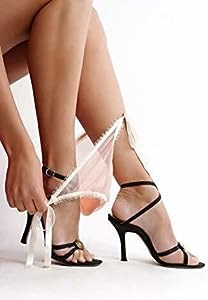 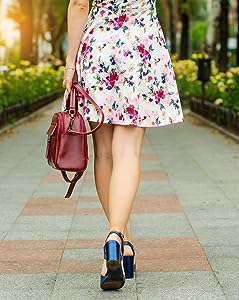 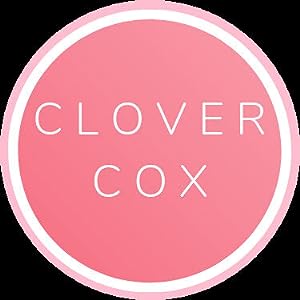 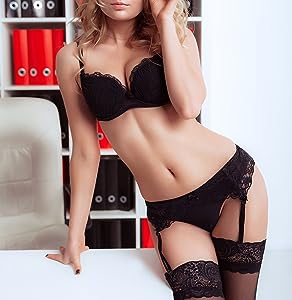 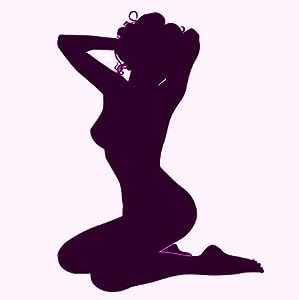 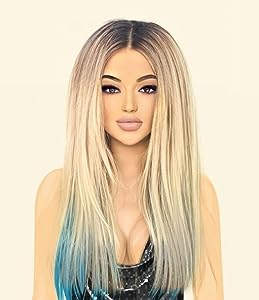 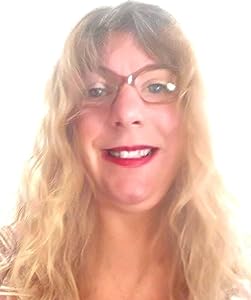 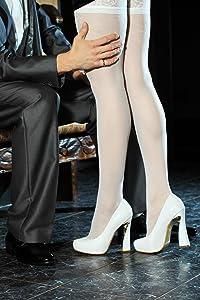 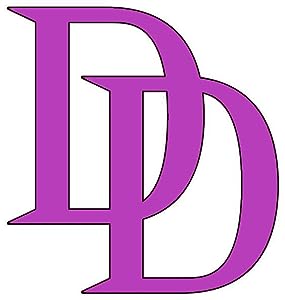 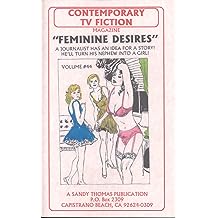 FEMININE DESIRES (Contemporary TV Fiction Book 44) Jul 21, 2011
by Sandy Thomas
( 7 )
$9.99
FEMININE DESIRES
A reporter thinks that feminizing his nephew was a good story but before he knows it, the tables are turned on him. Great illustrations by Puyal. Quote Board. In The Pink. CONTEMPORARY TV FICTION #44. 64 pages
Read more 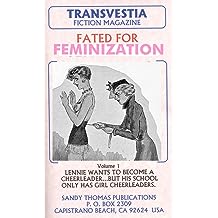 FATED FOR FEMINIZATION (Transvestia Book 1) Sep 22, 2010
by Sandy Thomas
( 4 )
$9.99
Previously published under the name FATED FOR FEMININITY.
This is one of the greatest TV stories of all time with new scenes and new illustrations.. Lennie wants to become a cheerleader but his school only has girl cheerleaders. "Why not let Lennie try out anyway, of course, he would have to dress as a girl from now on. We could spread the word that Lennie is not a boy, and never was. It might work..." Illustrated. 132 pages. TRANSVESTIA FICTION #1
Read more 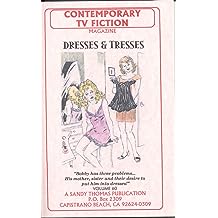 DRESSES & TRESSES (Contemporary TV Fiction Book 60) Oct 20, 2003
by Sandy Thomas
( 10 )
$9.99
DRESSES & TRESSES -
Bobby has a few problems. The three most important women in his life seem intent on getting him into... More dresses. But they'll stop soon, right? Wrong! Many great drawings by Puyal. Quote Board. In The Pink. CONTEMPORARY TV FICTION #60. 84 pages
Read more 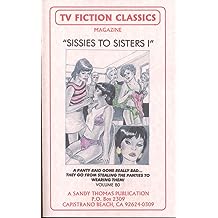 SISSIES TO SISTERS I (TV FICTION CLASSICS Book 80) Jan 5, 2003
by Sandy Thomas
( 4 )
$9.99
SISSIES TO SISTERS I
This is a story about a panty raid gone really bad. The boys go from stealing the panties to wearing them! After stealing the panties, the sorority teaches the boys what being a girl is all about.
Part one of two. Wonderful illustrations by Puyal.
Quote Board. In the Pink by Gabi.
TV FICTION CLASSICS #80. 74 pages
Read more 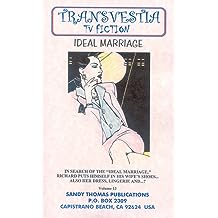 IDEAL MARRIAGE (Transvestia Book 13) Sep 1, 2011
by Sandy Thomas
( 5 )
$9.99
IDEAL MARRIAGE
Transvestia Fiction #13
In search of the "ideal marriage," Richard puts himself in his wife's shoes...and her dress, and her bra, and her panties! After being forced on a date with his brother-in-law, Richard develops a new social life. That can't be good for his Ideal Marriage, right?
Quote Board. In the Pink. 142 pages, Revised 2011 edition
Read more 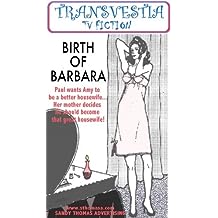 BIRTH OF BARBARA (Transvestia Book 14) Mar 1, 2012
by Sandy Thomas
( 5 )
$9.99
BIRTH OF BARBARA
Paul and Amy's marriage was falling apart until they decided to switch roles. With his mother-in-laws training, Paul eventually becomes "Barbara" with all the normal housewife duties and dress.
Excerpt:
Then, one night in early August, Amy came home and told Barbara that Harold, her boss, had invited her to go dining and dancing, in celebration of the completion of the Fall layout schedule. She said, “I don’t know why he asked, he knows I’m married.”
“I think you should go, dear,” Barbara encouraged. Even Paul was surprised by his own absence of jealousy. In the old days, Paul would have been insanely jealous and angry. Now it was a kind of naughty exploration that a young man was attracted to his loving wife.
“I told Harold that your pretty cousin was visiting,” Amy said, referring to their cover story, “and that, since I was Paul's wife, how could I go out with another man while my husband's `relative' was a house guest?”
“What did he say?”
“He told me that I should get you a date, and bring you along,” Amy giggled. “All expenses paid and you get a new dress!”
Illustrated. TRANSVESTIA FICTION #14. Completely revised 3-2012 116 pages. IN THE PINK
Read more 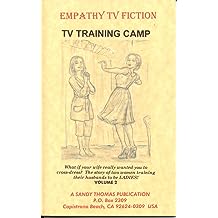 TV TRAINING CAMP (EMPATHY TV FICTION Book 2) Nov 18, 2002
by Sandy Thomas
( 1 )
$9.99
TRANSVESTITE TRAINING CAMP-Have you ever dreamed of your wife or girlfriend really understanding your cross dressing? What would it be like if your lady took you by the hand into the world of femininity? Transvestite Training Camp is the story of how two women turn their husbands into ladies using a systematic training program. This story is delightful, fascinating and believable! Empathy TV Fiction Classics #2. Illustrated. 67 pages
Read more 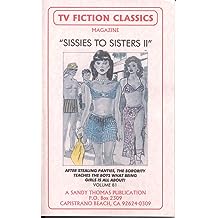 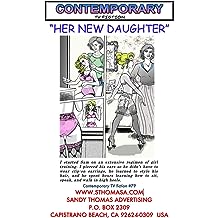 Her New Daughter (Contemporary TV Fiction Book 79) Sep 9, 2014
by Sandy Thomas
( 20 )
$9.99
Her New Daughter.
She started Sam on an extensive regimen of girl training. She pierced his ears so he didn't have to wear clip-on earrings. She taught him to style his hair and spent hours teaching him how to sit, speak and walk in high heels.
Contemporary TV Fiction #79. In The Pink. 72 pages
Read more 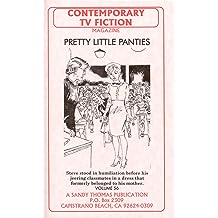 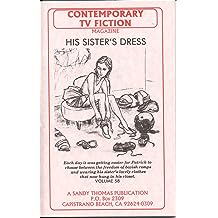 HIS SISTER'S DRESS (Contemporary TV Fiction Book 58) Aug 1, 2002
by Sandy Thomas
( 5 )
$9.99
HIS SISTER'S DRESS
A delightful story of a guy that is caught borrowing his sister's clothes. As a punishment, his mother and sisters decide he should spend a little time in dresses! Illustrations by Gabi. Quote Board. In The Pink. CONTEMPORARY TV FICTION #58. 76 pages More previews at sthomasa.com
Read more 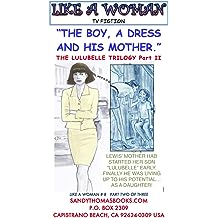 The Boy, a Dress and His Mother II: The Lulubelle Trilogy (Like A Woman Book 8) Oct 15, 2018
by Sandy Thomas
( 9 )
$9.99
The Boy, A Dress and His Mother.
Part two of the Lulubelle trilogy.
Lewis' mother Marianne, continues society dream of a graceful and beautiful daughter. But she only has a Lewis, her son. Why would that stop her? He has everything he needs to follow in her footsteps and high heels!
FROM THE STORY:
His mother said lovingly. “All you have to do is listen to my advice and follow my instructions. Let me take care of everything. I’m giving you another ballet lesson this afternoon, won’t that be nice?”
“Do you still want me to dance for your friends?” Lewis asked sheepishly. “I’m not sure I’m ready for that just yet.”
96 pages with some illustrations.
Read more