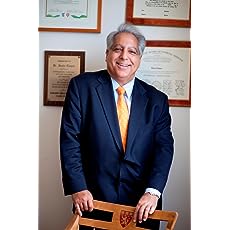 Sanjiv Chopra, M.D. is a professor of medicine and faculty dean for continuing medical education at Harvard Medical School. Dr. Chopra is also a senior consultant in hepatology at the Beth Israel Deaconess Medical Center in Boston. He is the author of five books, including his joint memoir with brother Deepak Chopra called Brotherhood.
Read more 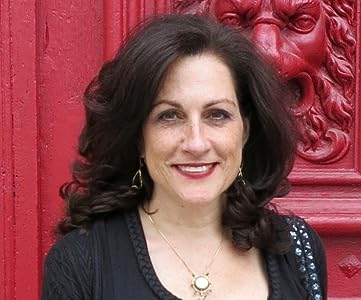 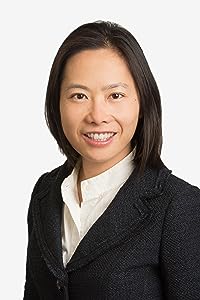 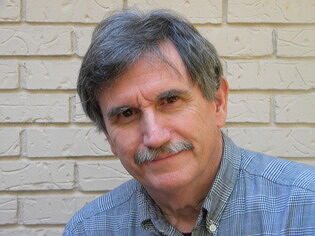 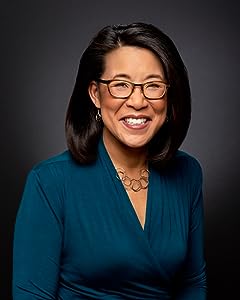 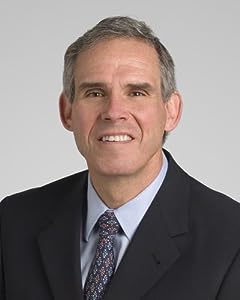 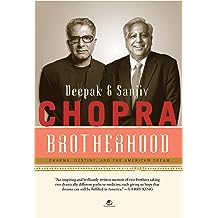 BROTHERHOOD DHARMA, DESTINY AND THE AMERICAN DREAM Sep 10, 2013
by DEEPAK CHOPRA
( 384 )
$2.99
In Brotherhood, Deepak and Sanjiv Chopra reveal the story of their personal struggle and triumphs as doctors, immigrants, and brothers. They were born in the ferment of liberated India after 1947, as an age-old culture was reinventing its future. For the young, this meant looking to the West. The Chopra brothers were among the most eager and ambitious of the new generation. In the 1970s, they each emigrated to the United States to make a new life. Both faced tough obstacles: while Deepak encountered resistance from Western-trained doctors over what he called the mind-body connection, Sanjiv struggled to reconcile the beliefs of his birthplace with those of his new home. Eventually, each brother became convinced that America was the right place to build a life, and the Chopras went on to great achievements – Deepak as a global spiritual teacher and best-selling author, Sanjiv as a world-renowned medical expert and professor at Harvard Medical School.Brotherhood will fascinate and inspire those who still believe in America’s capacity to foster achievements and reward hard work.
Read more
Other Formats: Audible Audiobook , Hardcover , MP3 CD 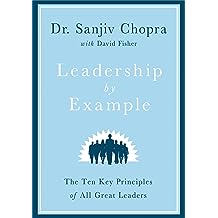 An accessible and inspiring guide to good leadership based on a popular lecture that Dr. Chopra has presented to thousands

Very few of us are leaders all the time, in everything we do, but all of us can become a leader in specific situations. In a committee, in business, at a social club or at a religious institution, we all find a time in our lives when we can lead. Few people set out knowingly to become leaders, rather they see a need and they find a way of dealing with it, and often others choose to follow their example.

Based on a talk that he has given to more than 60,000 people in at least seven countries, the "LEADERSHIP" mnemonic that Dr. C hopra explains is as follows: L - listen well. E - empathy. A - attitude. D - dreams and decisiveness. E - effectiveness. R - resilience. S - a sense of purpose. H - humility and humor. I - integrity and imagination. P - principles, and willingness to pack other people's parachutes. Drawing from his experience as Faculty Dean for Continuing Education for Harvard Medical School as well as the writings and lives of great leaders throughout history, this easy-to-read, inspiring book will serve as a reminder and a guide to becoming leaders in our own lives. 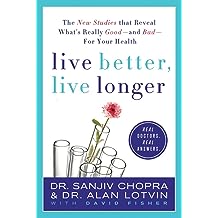 WE'VE ALL SEEN THE HEADLINES:

The Pill That Can Prevent Cancer!

The Food That Lowers Bad Cholesterol!

BUT WHAT SHOULD WE BELIEVE?

ONCE UPON A TIME, maintaining your health seemed relatively simple. But today we're barraged by a never-ending array of conflicting medical advice. It's all terribly confusing, and most of us aren't sure what news we can trust and what we can ignore. Doctor Chopra Says offers a solution that will help you make the right decisions for your health.

In this groundbreaking book, Dr. Sanjiv Chopra teams up with renowned cardiologist Dr. Alan Lotvin to give you the most cutting-edge medical research available. Doctor Chopra Says explains how you can tell the difference between true medical news and irrelevant media hype, covering such vital topics as:

· Is wine the best medicine?

· Which cancer screening methods are effective?

· What one vitamin should everyone be taking? (And why you can throw away all the rest.)

· Are statins the new miracle drug?

Filled with authoritative advice from many of the top medical experts in their respective fields, Doctor Chopra Says gives you the tools you need to lead a healthier, happier, and longer life.

The media MYTHS, the medical FACTS,

MYTH: Megadoses of vitamin E might stave off some cancers, Alzheimer's Disease, macular degeneration, and other serious health problems.

FACT: Taken regularly over a long period of time, vitamin E supplements of more than 450 mg can be extremely dangerous.

MYTH: Drinking too much coffee has been linked to health problems, including heart attacks, birth defects, pancreatic cancer, osteoporosis, and miscarriages.

MYTH: Vaccines may cause extremely serious health problems, including autism.

FACT: There is absolutely no evidence of a link between vaccines and autism.

MYTH: People can get enough vitamin D3 from exposure to the sun for fifteen minutes a day.

FACT: During the winter, people living north of about 35º latitude cannot get the necessary UV light from the sun.