You've subscribed to Taylor Brothers Christmas in July! We will preorder your items within 24 hours of when they become available. When new books are released, we'll charge your default payment method for the lowest price available during the pre-order period.
Update your device or payment method, cancel individual pre-orders or your subscription at
Your Memberships & Subscriptions
There was an error. We were unable to process your subscription due to an error. Please refresh and try again. 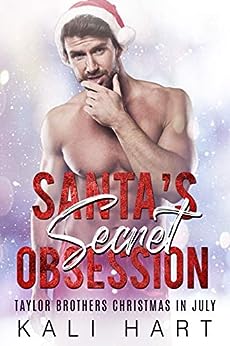 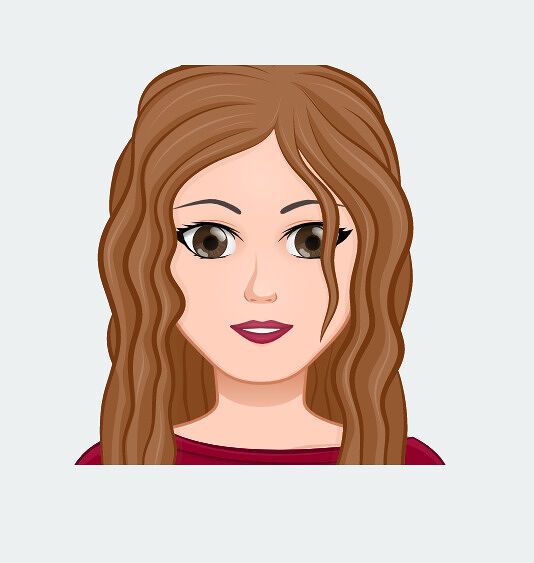 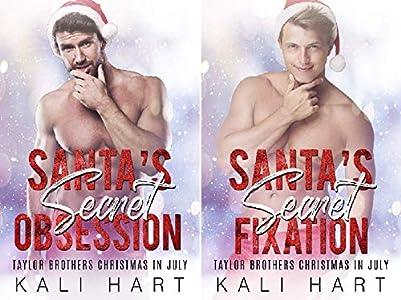 A. Richard
4.0 out of 5 stars Conflicted emotions, a little drama, and much amusement
Reviewed in the United States on July 24, 2020
Verified Purchase
Since Nick Taylor wants to be promoted at the company where he is employed, he appears to be happy when agreeing to play a Santa at the Christmas in July Festival sponsored by the corporation. He will be working with a Santa’s helper, and just his luck, it turns out Belle Holloway will be his partner. Nick has been fascinated by her from the moment the two met, but with her being the daughter of his boss, he has done everything he can to stay away from her and not build on his attraction. But being around Belle for hours will make the temptation much tougher to resist.

When I read about the Taylor Brothers Christmas in July series, I was very excited to discover stories that actually take place in the summer yet have a holiday theme. I enjoy Christmas books anytime of the year, as there is something special about a romance between a couple when it is connected somehow to this holiday. Kali Hart makes the plot of her charming story constantly entertaining, and I found myself laughing and smiling right along with Nick and Belle. These two are very determined individuals, and while he tries to hold out and not give in to his feelings for her, she is equally strong-willed when it comes to making him declare that the longing which she feels is not one-sided. The situations that this couple find themselves in are believable, and their shared passion is certainly scorching. SANTA’S SECRET OBSESSION has conflicted emotions, a little drama, and much amusement.

ttfnlb
5.0 out of 5 stars A delightfully terrific book!
Reviewed in the United States on July 23, 2020
Verified Purchase
Kali Hart has become one of my must read authors and this book partly explains why. Ms. Hart has a way of story telling (even though it is a short story) that draws you into her books and keeps you reading to the end. Her characters are just fantastic and you can't help cheer for their happily ever after. Sometimes I really like short stories when I don't have must reading time in my day and it just leaves me feeling good to read a story that is so fun. Nick and Belle's story is about finally deciding to go for the one you want as your soul mate regardless of the consequences and making peace with them. This book has everything that you could want; drama, comedy, action and hot romance. You really will be sorry if you miss this one!

De Anna Henley
5.0 out of 5 stars Jordan
Reviewed in the United States on July 22, 2020
Verified Purchase
I loved this story.
Nick believes Christmas should only be when it’s cold outside. So, he’s not looking forward to being a Santa at the Christmas in July festival. Especially because Belle will be there. They’ve had to hide their feelings because of her dad. But, she is going to get him.
At any cost.

skikern
5.0 out of 5 stars Great Romance Read
Reviewed in the United States on July 22, 2020
Verified Purchase
I really love these fun short stories. The characters, Nick and Belle, are interesting, well-developed and have chemistry. The story is interesting, well-written with a happily ever after. I can't wait to read the next book in the series. In addition to receiving an arc, I purchased the book for my collection.
Read more
Helpful
Report abuse

LF
5.0 out of 5 stars The one kiss that changed everything for both of them.... but do they have the courage for more
Reviewed in the United States on July 23, 2020
Santa's Secret Obsession is the first book in the Taylor Brothers Christmas in July series by Kali Hart and boy is the is cute, funny, charming and sexy dirty book. If the next books in the series are the same then Taylor Brothers Christmas in July is going to be a series that I will love.
Nick Taylor is thirty-five and is about to get that promotion that will get him a corner office. For the last ten years he has worked at Holloway Enterprises towards becoming the Director of Marketing. One evening he stops by the office after taking his brother to dinner so he can send a quick email which will clinch the promotion. When he gets there the owner, Grant Holloway, is there and calls him into his office. Holloway Enterprises has a tradition of putting on a Christmas in July festival for several days. All monies from the festival go to a charity in Grant's late wife's name, Linda Holloway. Grant asks Nick for a favor as this year the festival is short two Santa's so Nick grits his teeth and volunteers with a smile on his face. You see the problem is that Nick hates Christmas in July, or even before any other holiday. When his brother comes looking for him Nick also volunteers Cole.
Belle Holloway may only be twenty-three but she is smart and knows how to go about getting what she wants. She is not spoiled and wants to accomplish her own success away from her father's. What she really wants is Nick as this July she is going to go about getting him.
Belle and Nick met at the annual company picnic two months ago and had a real connection. They talked and talked and then Nick took her on one of the trails and they shared a toe curling, soul branding kiss. The only problem is that Nick did not know until they were kissing that Belle is Belle Holloway, Grant's daughter......the boss's daughter. If there is one rule at Holloway Enterprises it is to keep your hands off Grant's daughter. So Nick pulls away from Belle and since then has avoided seeing her at all cost, concentrating on getting that promotion. But when Belle pairs them to work together as Santa and Santa's helper there is no avoiding each other. Now what does Nick do???

I really loved this book as it just made me happy reading it. I am like Nick in that I don't like when the Christmas stuff comes out before Thanksgiving but after reading this story I am starting to have a few second thoughts...especially if it would mean getting a hot and sexy "Santa" like Nick!!! Definite Recommended Book!
Read more
Helpful
Report abuse

Mandi Sullins
5.0 out of 5 stars Second Chance/Forbidden Christmas In July Romance
Reviewed in the United States on July 22, 2020
Nicki is up for the big promotion and stops by the office and runs into his boss Grant who asks him to fill in as one of the Santas for the upcoming Christmas in July festival. While they are talking in walks the only woman that he has let get away Belle also known as Grant's daughter though he had no idea that she was his daughter at the time. It was love at first sight for both of them but Nick doesn't want anything coming between the promise he made his mother for a better life and his future so he keeps pushing her away. Belle is not having it and she is ready to put all of her cards on the table and fight for her favorite Santa. When a situation forces Nick's possessive side to take over and let his true feelings show the rest is a Christmas Miracle that leads to the HEA we are all hoping for.