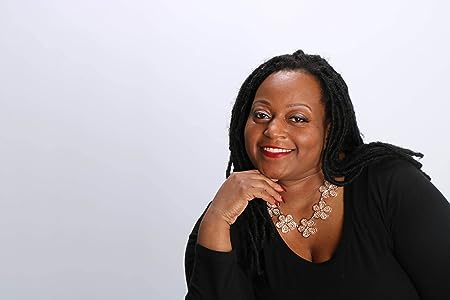 Santéresa Wilson was born and raised New Jersey and always had a passion for helping people. Her passion led her to become a Certified Mentor Volunteer with Prison Fellowship. She also served as an advocate for the Union County Rape Crisis Center. She later earned her Certification as a Personal Life and Development Coach with Living on Purpose Coaching Academy, as well as with Christian Leaders Institute. Santéresa is the CEO of Inspired By U, LLC. Inspired By U LLC is a Faith-based Coaching / Mentorship business with Coach Santéresa that offers various programs, which include individual / group coaching / mentoring, as well as a variety of events that will push, uplift, educate and empower you to become a “Whole” better you.

Santéresa’ s goal in life is to remind people that no matter the delay, they can begin again, which is modeled after Philippians 1:6. She holds her degree in Divinity from Christian Leaders College. She has also been a guest speaker at several events, including Take Back the Night and #UsToo, sharing her own personal story to those who have lived through sexual assault, giving them a message of hope and survival.

In 2017, Santéresa was a part of a collaboration with other writers, and part of her story, “Three Times a Charm,” was published in the book Sound of Survival: The Realitea Is, I Am Her 2! Releasing My Secret: A 30-Day Devotional to Support Your Healing Process is her debut writing, and she calls it the first of many!

Santéresa is the mother of three wonderful young men, whom she absolutely adores, and two precious babies, her cats Grey and Fat Fat. 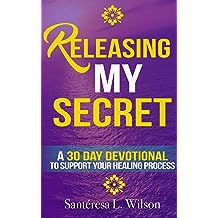 Releasing My Secret: A 30 Day Devotional to Support Your Healing Process Nov 2, 2019
by Santeresa Wilson
( 1 )
$9.99
This 30-day devotional was written to be your companion while you are dealing with the hidden secrets and pain that are associated with trauma. Traumatic events such as Domestic Violence / Sexual Assault are topics that is not discussed openly by many, especially in the Christian world. Many are embarrassed about what happened to them, whether as a child or as an adult. Some still indulge in self-blame, not realizing that nothing gives anyone the right to violate anyone in any capacity. God who is a healer of the wounds wants you to have total healing. Be encouraged; healing isn’t always instant. Sometimes God takes us through a process of healing. This book is an easy read and is designed guide you no matter what part of the journey that you are in.
Read more 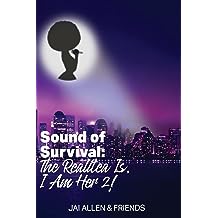 Life is full of triumphs and tragedies. We don't always acknowledge them for what they are. We deal with it for the moment and we casually move on. The reality is some of those events have chipped away at our self-esteem. In some cases, even destroyed us emotionally, mentally and spiritually. We're so busy trying to pull it together, that we don't acknowledge the strength it required to move on. Forty five brave souls, chose to use their voices to encourage you. Some of them were actually the culprit as opposed to the victim. They chose to let you see their battle scars. After all, scars are simply reminders of some lessons that one can't afford to learn again.
In this book, you will find different types of stories, but with the same conclusion... They SURVIVED! If you are currently experiencing tragedy, triumph, defeat etc., you want to open and begin to read these stories of hope and preservation. In the end, you too will make the sane declaration... I SURVIVED!
Read more
Other Formats: Paperback