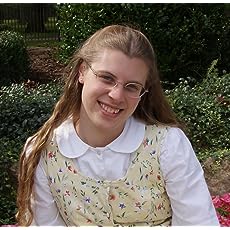 Sarah Brazytis is a home educated graduate, historian and small business owner. She has published various works of history and historical fiction. Her goal is to be as historically accurate as possible and to portray history from a conservative Christian perspective.
She and her mother Cecile co-own and operate a custom clothing shop, Gathering of Goods.
Sarah resides at home with her parents and two sisters.
Her favorite pastimes are writing, reading, sewing, crocheting and playing the piano.
Visit her at the store, www.gatheringofgoods.com.
Read more 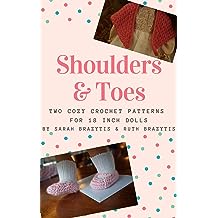 Shoulders & Toes: Two Cozy Crochet Patterns for 18 inch Dolls Jan 3, 2020
by Sarah Brazytis , Ruth Brazytis
$4.99
Sisters Sarah and Ruth Brazytis team up to create this fun ensemble of crocheted accessories for your 18 inch doll. From shoulders to toes, she'll be cozy and cute in her shawl and Mary Janes! And with these quick and easy to crochet patterns, you can make coordinating garments for every outfit in her wardrobe.

Quick and Easy Doll Shawl: Whether in silky white for an elegant outfit, or more rugged for a walk in the woods, this shawl is just what she needs.
Crocheted Mary Janes: Shoe your dolls with this fast and easy Mary Jane pattern! You no longer need fear lost shoes with this pattern - just make more! 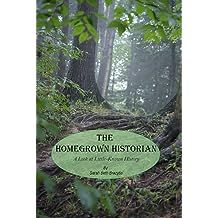 The Homegrown Historian: A Look at Little Known History (The Little Known Story Book 1) Feb 16, 2014
by Sarah Brazytis
( 2 )
$3.99
Twenty-one little-known stories of history - the curious, the forgotten, the unique. Here you will find some of the many stories that have been forgotten or lost in the shuffle.
Whom did George Washington toast during the Revolution? What happens when a scientist sniffs every gas he comes across? What pack animal did the US Army use in the West before the Civil War?
Find out in The Homegrown Historian!
Sarah Brazytis is a home-educated graduate who loves history and writing.
Read more 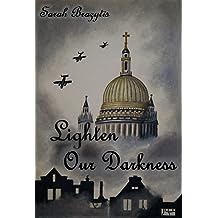 A fighter pilot ready to die. A girl whose world has crumbled. A city bombed and broken. A country struggling for existence.

As a Polish fighter pilot serving in the RAF, Pilot Officer Jedrick Ondraski does not expect to survive the war with Nazi Germany; he only wants to avenge his family and homeland before he dies. But when he meets Helen Smith, a young American woman, during an air raid on a dark London street, the encounter forces him back into the world he has renounced. A marriage of convenience seems to be the only way for him to provide her a home and a life after the bombing that destroyed her tranquil home. Helen, destitute and alone, clings to him for help and comfort; but when he joins his squadron in aerial battle with the very enemy who destroyed his own country, there seems little hope of a future for either of them. As the Luftwaffe aggressively targets civilian London, the whole country braces for a Nazi invasion. And in the blackout of the London Blitz, two young souls reach out for life, love…and the One Who can lighten their darkness.

The first WWII historical novel by author and historian Sarah Brazytis, 'Lighten Our Darkness' will take you to the bombed streets of London, the barracks of the RAF, and the flak-riddled skies of the Battle of Britain.
Read more
Other Formats: Paperback 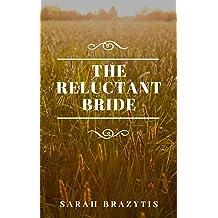 The Reluctant Bride Dec 6, 2019
by Sarah Brazytis
( 1 )
$5.29
Wide-eyed, Rozalia accepted the letters, gazing curiously at the firm, upright script that had written her own name on the first envelope: Rozalia Bartkowska.
“Thank you,” she murmured.
Her parents, by unspoken consent, rose from the table.
“I’d better see that the hencoop is latched,” said her father.
“I’ll come and show you where the roof is leaking,” her mother volunteered quickly.
Alone in the quiet, Rozalia opened the first envelope with trembling fingers.

It seems very strange to me to be addressing this letter to you at last, but in truth, your aunt and uncle have spoken so often about you, I almost feel that I must have met you somehow..."


Set in 19th century America, this tale of immigrant life and pioneer grit is meticulously researched and will charm any history lover!
Read more
Other Formats: Paperback 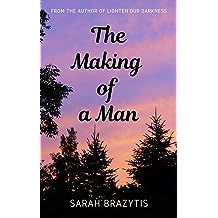 The Making of a Man May 9, 2019
by Sarah Brazytis
$6.99
It has been only a few months since the death of Alexander King, and his twenty-year-old son Dunstan is still in deep mourning. But a family friend breaks the news that Alexander’s investments in copper mining have failed, leaving Dunstan in grave financial straits; and he must abandon his grief to meet the challenge. Determined to try to follow in his father’s footsteps, Dunstan sets out to join Alexander’s partner in the Rocky Knob copper mine – but it takes two to make a partnership. When he is given one year to prove himself, Dunstan must use all his strength, courage, and resourcefulness to find his bearings in a complicated new world.

In her latest historical novel, author and historian Sarah Brazytis leads you to the rocky hills of America's mining country, to weave a tale of faith, friendship, and love in the rugged life of 19th century copper miners. With meticulous research
and intricate historical detail, readers will be drawn into the Victorian age, where good triumphs over evil, and truth and right prevail.
Read more
Other Formats: Paperback 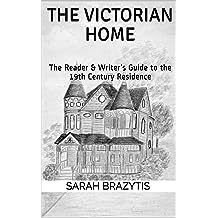 The Victorian Home: The Reader & Writer’s Guide to the 19th Century Residence Oct 14, 2018
by Sarah Brazytis , Ruth Brazytis
( 1 )
$3.26
Have you ever wondered what an antimacassar was? Or a bain-marie? Have you ever been curious where matches were kept or how they made a waffle in 1870? Look no farther! Author and historian Sarah Brazytis leads a tour of the Victorian home, exploring each room for the overlooked and forgotten items that 19th century housewives relied on to 'keep house'. Take the tour, use the thorough index for reference, and test your memory on a bank of detailed drawings by illustrator Ruth Brazytis - and then read and write with confidence and knowledge of the Victorian Home.
Read more
Other Formats: Paperback 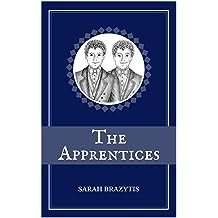 The Apprentices Dec 31, 2014
by Sarah Brazytis
( 7 )
$3.99
Old James is dead, and Lady Luckley has no recourse but to hire a new footman. She is elated when she is given the priceless opportunity to get two perfectly matched footmen at the same time.
Meticulously researched, The Apprentices will give you a glimpse into the servants' quarters of an old house - and a peek at how two innocent boys can turn an elderly household upside down!
But is Dunderlee House ready for identical twins?
Read more
Other Formats: Paperback 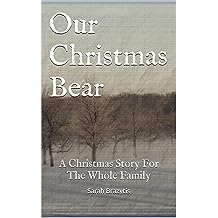 Our Christmas Bear: A Christmas Story For The Whole Family Nov 10, 2014
by Sarah Brazytis
( 6 )
$2.99
For three years, the widow and her two daughters, Rosetta and Bianca, have lived alone in the cabin on Mr. Heaton's vast estate. But this winter they have a visitor. What would bring a man to their lonely home in the bitterness of sub-zero weather? Is he the only man who is in the forest this winter? And why does he have such a mysterious name?
Loosely based on the old tale of Snow-White & Rose-Red, this is a Christmas story the whole family can enjoy.
When good and evil come face to face in the snowy woods, which will prevail?

*Note for parents: this story is based on the original fairy tale, and there is brief reference to death in one scene.
Read more
Other Formats: Paperback 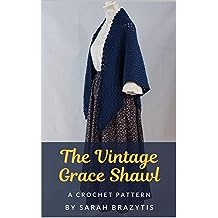 The Vintage Grace Shawl Crochet Pattern Nov 22, 2020
by Sarah Brazytis
$4.99
This lovely shawl carries the traditional lines of the v-shawl, combining comfort and coziness with a ridiculously easy design! You’ll love the simple stitches that create this stunning shawl that will warm you, your family or friends for years to come. 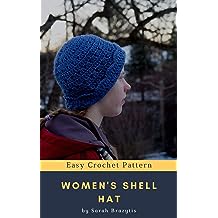 ~Round design has an attractive shape
~Cute Shell pattern is easy to make, but looks terrific!
~Make in the color you need to accessorize
Read more 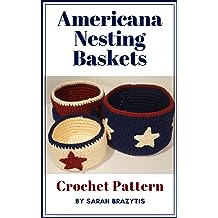 Americana Nesting Baskets Crochet Pattern Jan 1, 2020
by Sarah Brazytis
$4.99
These crocheted baskets are so cute, decorative and easy to crochet! Perfect for so many uses around the home, and nest into each other for convenient storage. Baskets are crocheted holding two strands of yarn together.

~Our models were created with Caron One Pound yarn in Cream, Claret, and Midnight Blue~

Our pattern is written in standard American terms.
Read more 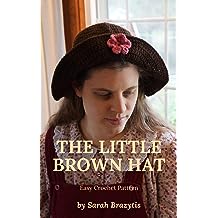 The Little Brown Hat Crochet Pattern Dec 31, 2019
by Sarah Brazytis
$3.99
Crochet a lovely hat with this detailed pattern! So soft, so versatile, so crushable, so feminine! This easy-to-crochet hat is just the accessory for any weather. While darling with modern outfits, Jane Austen fans will love the touch of nostalgia in the sweetly upturned brim! Travels well, wears light, attracts compliments!

Our patterns are written in standard American terms. We include photos when possible, detailing techniques unique to each design.
Read more