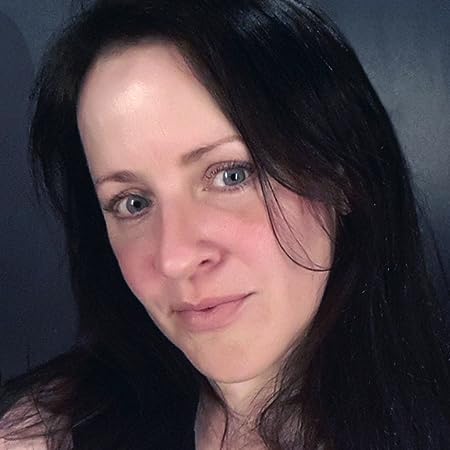 Sarah Marie Graye was born in Manchester in 1975, to English Catholic parents. The second eldest of five daughters, to the outside world Graye’s childhood followed a relatively typical Manchester upbringing... until aged nine, when she was diagnosed with depression.

It’s a diagnosis that has stayed with Graye over three decades, and something she believes has coloured every life decision, including the one to write a novel.

Graye wrote The Second Cup as part of an MA Creative Writing practice as research degree at London South Bank University – where she was the vice-chancellor’s scholarship holder.

First published in July 2017, The Second Cup was: longlisted for the Book Viral 2017 Millennium Book Award; a finalist in Read Freely’s Best Indie Book 2017; a finalist in the 12th Annual National Indie Excellence Awards; a semi-finalist in the Online Book Club 2017 Book of the Year Award; and a "distinguished favorite" in the 2017 NYC Big Book Awards.

Graye was diagnosed with late-onset ADHD in 2017... and published an extended edition of The Second Cup in 2018 so she could diagnose one of her characters with the same condition.

Graye's second novel, The Victoria Lie, was published in August 2018, and explores what it mean to be neurodiverse as an adult, looking at both high-functioning Autism and ADHD. The Victoria Lie has been awarded a Chill with a Book Readers' Award and was longlisted for the Book Viral 2018 Millennium Book Award.

Graye lives in Whitstable and is studying a Contemporary Novel: Practice as Research PhD at the University of Kent. 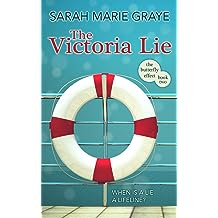 WHEN IS A LIE A LIFELINE?

...To Tori lies are everything.

ZOE wants to end her life. But she can’t just leave a note. She needs to say goodbye to boyfriend JAMES and best friend ALISON.

TORI is waiting in the wings to fill the space ZOE will leave behind, wanting to claim both James and Alison for herself.

But with ZOE still alive and Alison's childhood friend RUBY now on the scene vying to fill the gap, TORI realises she has her work cut out.

Just what lengths is TORI willing to go to in order to claim Alison and James for herself?

And what does any of this have to do with BETH and FAYE?

Praise for The Victoria Lie

Pure escapist reading Graye's series is proving a compelling saga and one you will struggle to put down. - Book Viral

The addition of Tori gives this story added depth and perception I didn’t see coming. What makes a liar tick and why do they lie are just two of Tori’s motivations explored here. - N.N. Light’s Book Heaven

There are certainly plenty of parts of the story where Sarah Marie Graye displays an accurate and piercing acerbic wit that had me chuckling along at the protagonist. - Readers' Favorite

The writing is crisp and clean, and Graye is an unquestionably gifted author. - Please Pass the Books

The first thing you need to know about this series is that it is like the film festival version of books. If you imagine it being like one of those weird films you see at the film festivals, then you have The Butterfly Effect series. - Paula Phillips, Goodreads 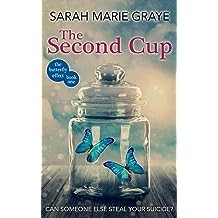 CAN SOMEONE ELSE STEAL YOUR SUICIDE?

...Beth thinks they can.

FAYE knows her heart still belongs to her first love, JACK. She also knows he might have moved on, but when she decides to track him down, nothing prepares her for the news that he's taken his own life.

FAYE is left wondering how to move forward - and whether or not JACK's best friend ETHAN will let her down again. And the news of JACK's death ripples through the lives of her friends too.

ABBIE finds herself questioning her marriage, and wondering if she was right to leave her first love behind. Poor OLIVIA is juggling her job and her boyfriend and trying to deal with a death of her own. And JACK's death has hit BETH the hardest, even though she never knew him.

Is BETH about to take her own life too?

The Second Cup is dark chick-lit and intelligent women's fiction at its best. Perfect for fans of Maggie O'Farrell, Elizabeth Strout, Dorothy Koomson and Amanda Prowse.

Praise for The Second Cup

"A wonderful heartwarming read, in spite of the difficult topics raised, a book that will stay with you after you finish the last page." - Bookliterati

"Graye takes an intense situation and instead of shying away from it, she strips away the bandage so we can see the raw, oozing wound." - Princess of the Light

"This book was the most beautifully written mental health book I have ever read." - Nerdy Book Life

"It is rare that an author can articulate the type of pain inflicted through the act of suicide. In The Second Cup, Sarah Marie Graye does this, not through one voice, but four." - Waggy Tales

"Tragically woven into the plot is the intense depiction of life's struggles: love lost, divorce, adoption, suicide, bullying, mental illness and disease. Graye takes you into the minds and souls of her characters." - Readers' Favorite

"It's really well written making it an emotional page turner. Be warned though it's not an easy read due to the main topics being depression and suicide." - Heidi, Goodreads