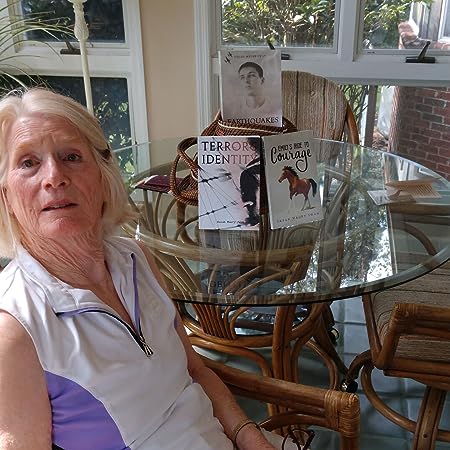 Sarah Maury Swan’s short stories have placed in the first five issues of "Next Chapter Literary Magazine" and she is currently working on three different books. A chapter book titled SPACE JUNK. A YA novel titled BAD HAIR DAY, and her first ever novel for grown-ups titled SERENDIPITY'S CONUNDRUM. Sarah also reviews children’s books for the Children’s Literature Comprehensive Database, https://clcd.com. She thinks it’s a good way to see what’s being published.

Her first published novel, "Terror’s Identity," got excellent marks from the judge of the 2017 “Writer’s Digest Self-Published Books Contest,” children’s book category. The opening chapter also came in first in the Carteret Writers 2015 Fiction category. The story is about sixteen-year-old Aidan Knox having to go into a witness protection program because his father is investigating a terrorist group in the U.S. But how will he remember the details of his new life with a new name and a made-up past? And will he be able to settle into a new school and all that entails? Whom can he trust and can he keep his mother and sister safe?

Her second novel, "Emily’s Ride to Courage," is garnering excellent reviews. The first chapter placed in the 2017 Carteret Writers Children’s category. This story is about Emily Gordon who, with her older sister, Jen, is spending a year on their grandfather’s farm because their father is in California for a year and their mother is serving in Afghanistan. Emily will get a horse of her own if she does math homework all summer long. She hates math, but she does want a horse. Unfortunately, Grandpa won’t buy her the horse she wants.

The story for Ms. Swan's third novel, “Earthquakes,” came to her when people kept telling her she should write her mother's amazing life. But, not being her mother, Sarah didn't think she should do that. However, that didn't mean she couldn't share details from her mother's life. Enter Jonathon Maxian Thomas, third child of Marian and Paul Thomas, who is having a hard enough time dealing with the effects of World War II, especially since that his father and grandfather are off fighting the Japanese in the Pacific Theater. Now seventeen-year-old Jonathon Maxian Thomas has to deal with real and imaginary earthquakes. To make matters worse his high school principal warns the students of possible spy activity in the neighborhood. How's Jonathon to recognize a spy? And why are his neighbors being murdered? And why are people breaking into his house looking for something? The only comfort he finds is the time he spends with his girlfriend, Jennifer Murphy. What's he going to do when he's banned from leaving his home? Will his recurring nightmare of being swallowed up when an earthquake splits the ground under his feet turn into reality?

You can also find her at https://sarahmauryswanlovesbooks.com or https://sarahsbookreflections.com/ where she posts blogs most Wednesdays. 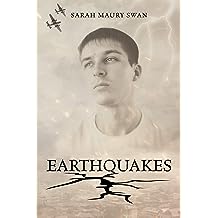 Earthquakes Jan 30, 2020
by Sarah Maury Swan
( 5 )
$4.95
It's hard enough dealing with the effects of World War II sending his father and grandfather to the Pacific theater, but now seventeen-year-old Jonathon Thomas has to deal with real and imaginary earthquakes. To make matters worse his school principal has warned him and his schoolmates of potential spies in the neighborhood. How's he supposed to recognize a spy? And why are his neighbors being murdered? And why are people sneaking into his house to search for something? The only comfort Jonathon finds is when he talks with his girlfriend, Jennifer Murphy. What's he going to do when he's banned from leaving his home? Will his recurring nightmare of being swallowed up when an earthquake splits the ground open under his feet turn into reality?
Read more
Other Formats: Paperback 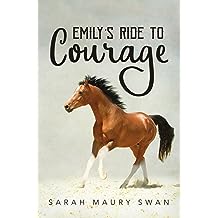 Emily is happy to be spending the next year with her grandfather on his horse farm. Her sister, Jen, couldn’t be angrier about being stuck in the middle of nowhere while their mother is deployed in Afghanistan and their dad repairs bridges in California.


Jen is miserable at the thought of starting high school in a new town. She takes out all her frustration on Emily, who doesn’t know how to help Jen see the beauty in farm life.


Emily’s time on the farm gets even better when Grandpa hints that he will buy her a horse of her own. All Emily has to do is finish all the math schoolwork she’s been assigned over the summer. Emily falls in love with the kind and gentle Gemini, but Grandpa declares that any horse with four white hooves is bad news.


As Emily works to get Grandpa to accept Gemini and her sister to accept their new situation, the unthinkable happens. Their mother goes missing in Afghanistan! Emily and Jen feel helpless, but their special bond holds the clue to getting their mother home safely. 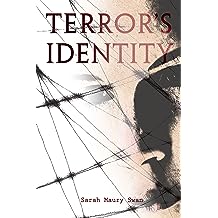 Terror's Identity Mar 5, 2016
by Sarah Swan
( 6 )
$4.99
Sixteen-year old Aidan Knox’s life turns upside down when he, his sister and his mother enter a witness protection program and begin a dangerous new life because of his father’s work investigating a terrorist organization operating in the U.S. How will he remember the details of his new life with a new name and a made-up past? And will he be able to settle in to a new school and all that entails? Whom can he trust and can he keep his mother and sister safe?
Read more
Other Formats: Paperback