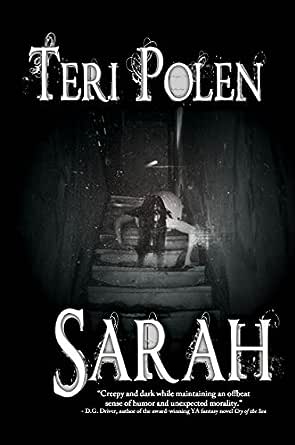 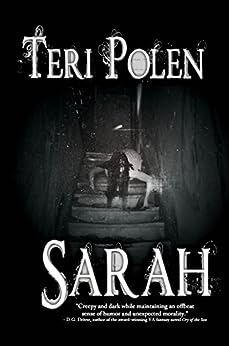 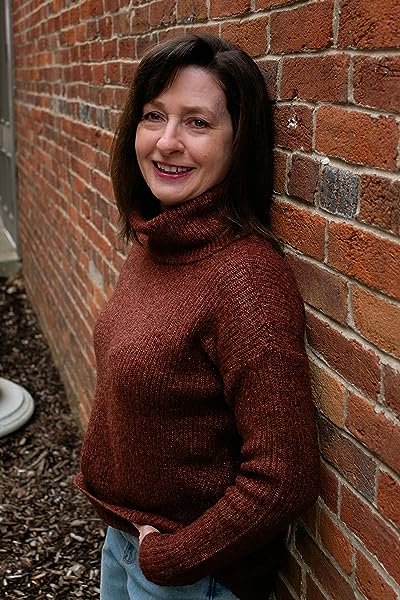 "Dark and twisted." -The Reading Closet

"Sarah is creepy and dark while maintaining an offbeat sense of humor and unexpected morality." - D.G. Driver, author of the award-winning YA fantasy novel Cry of the Sea

Teri Polen reads and watches horror, sci-fi, and fantasy. The Walking Dead, Harry Potter, and anything Marvel-related are likely to cause fangirl delirium. She lives in Bowling Green, KY with her husband, sons, and black cat. --This text refers to the paperback edition.

4.6 out of 5 stars
4.6 out of 5
81 global ratings
How are ratings calculated?
To calculate the overall star rating and percentage breakdown by star, we don’t use a simple average. Instead, our system considers things like how recent a review is and if the reviewer bought the item on Amazon. It also analyzes reviews to verify trustworthiness.

Mae Clair
5.0 out of 5 stars A great creepy ghost story!
Reviewed in the United States on January 4, 2017
Verified Purchase
A great creepy YA tale that adults will find equally intriguing. Cain is a (mostly) typical teenager, but has his hands full adapting to life as the man of the family after the death of his father. He does his best to look out for his mother and care for his younger sister, all the while juggling high school, soccer and girlfriend issues. Fortunately, he has an exceptionally close friend, Finn, to help him along. That friendship is core when Cain discovers the ghost of Sarah, a murdered teenage girl in his house.

Mostly a curiosity at first, Sarah becomes increasingly aggressive, intent on taking revenge on the three boys responsible for her death. Teri Polen does a great job of building up suspense with creaking doors, cold spots, eerie visitations, and bits and pieces of what happened to Sarah in the past—all hallmarks of a good old-fashioned ghost story. In addition to the creepiness (and there is plenty) the friendship between Cain and Finn is well developed and presented. Cain also has a wonderful black cat, Eby, who is a character in his own right.

Well executed and easy to read, Sarah will keep you turning pages well into the night. I know it kept me glued and up late. I will most definitely be reading this author again!

D. W. Peach
5.0 out of 5 stars Great characters and suspense.
Reviewed in the United States on January 17, 2018
Verified Purchase
Sarah is categorized as YA horror and the book fits the genre perfectly. Sarah is a teenage ghost seeking revenge for her murder. She returns to the scene of the crime, now the home of Cain Shannon, a 17-year-old horror fan. At first, she appears shy and vulnerable, and Cain agrees to help her, but she’s not as helpless as he believes. With each bloody act of revenge, she grows in power, and her tactics increase in brutality. Before long, Cain is in the battle of his life against a ghost intent on death.

This book has some really creepy, icky, suspenseful, and scary things going on, but the scare-factor and gore feel appropriate for YA readers (as well as adults). The story grabbed my attention from the first page, and the tension and suspense escalate at a steady pace without much of a break right up to the climatic end. Even the last few paragraphs of the epilog are worthy of a few terrifying chills.

Though the horror aspects of the book were engaging, what impressed me the most was Polen’s outstanding characters. All of them felt well-rounded to me with fully developed personalities, but I was totally taken with the main character Cain and his friend Finn. They felt authentic to me in their thoughts, emotions, dialog, banter, friendship, and relationships with others. I’m in awe of the author’s ability to capture the essence of teenage boys with such expertise. I found the pair of them refreshing and likable, and therefore enjoyed the non-horror moments of the book as much as the horror, if not more so.

Another thing that impressed me was the believability of the characters’ choices. I often find that characters in horror (movies) make stupid choices because the plot would keel over and die if they acted sensibly. Polen was meticulous in building a backstory that supported Cain’s decisions, particularly his choice not to involve his mother and to stay in the house despite the presence of a murderous ghost. This careful attention to character and plot kept me enmeshed in the story from chapter one right through to the end.

Robbie Cheadle
4.0 out of 5 stars A creepy YA story
Reviewed in the United States on June 5, 2018
Verified Purchase
I listened to the audio book of Sarah by Teri Polen. I thought the reader did a good job and narrated the story at a good pace and with sufficient expression and interest factor to keep the listener engaged.

I thought this book was really creepy. It is a YA book and the characters are all older teenagers which I think worked well for this plot as teenagers, particularly males, do not see risk and are likely to react to situations with a lot more bravado than an adult would in the same circumstances. The almost underhanded and devious way the ghost of Sarah, a murdered school girl, introduces herself to Cain, a jock with a kind heart, lets you know in a subtle way right up front that this is not a particularly friendly ghost and that there is more to her than initially meets the eye.

Cain has assumed the role of man of the house after the death of his father and is protective of his Mother and much younger sister. His compassion, youth and naivety does not stand him good stead in identifying the potential threat posed by Sarah although, as he finds out more about her death, he gradually realises that she is after retribution against her killers and is not looking for help to move on from her current status.

The author's descriptions of Sarah as she becomes more and more evil and travels further down the path of revenge are very vivid and disturbing. Sarah's evil thoughts and deeds are reflected in her ghostly face and form.

Fortunately for Cain, he has good friends on his side in the form of Finn, an intelligent and clear minded childhood friend, and Lindsey, a lovely young lady with an aunt who deals in the occult and is able to provide talismans and assistance in fighting Sarah as she becomes more deranged and angry. The clairvoyant aunt was a bit convenient but I did not detract from the story for me.
Read more
Helpful
Comment Report abuse
See all reviews

tony gunn
5.0 out of 5 stars a good read
Reviewed in the United Kingdom on February 4, 2017
Verified Purchase
Very fast paced and really interesting. Characters were believable and at times quite funny. Interesting ending and look forward to perhaps a follow up?
Read more
Report abuse

Kindle Customer Dianne Wray
4.0 out of 5 stars Loved this book, what can I say, funny, creepy, the boys are so true to life of the modern man
Reviewed in the United Kingdom on April 2, 2017
Verified Purchase
Loved this book, one to read again, funny creepy loved the way the guys looked out for each other, brilliant
Read more
Report abuse

Susan Wallace
5.0 out of 5 stars Highly recommended.
Reviewed in the United Kingdom on April 10, 2017
Verified Purchase
sarah by Teri Polen.
Seventeen-year-old horror fan Cain Shannon thought helping a ghost find her killers would be the supernatural adventure of a lifetime. Now, he just hopes to survive long enough to protect his family and friends from her.
A bet between friends goes horribly wrong, resulting in Sarah’s death. When she returns to seek justice against those responsible, Cain agrees to help her. But when he discovers Sarah has been hijacking his body, he realizes she wants retribution instead of justice.
Terrified of what could have happened when he wasn’t in control, Cain commands Sarah to leave his house - but exorcising her isn’t that easy. She retaliates against her murderers in bloody, horrific ways, each death making her stronger, then sets her sights on Cain. With the help of friends, Cain fights to save himself and his loved ones and searches for a way to stop Sarah before she kills again.
absolutely fantastic read with fantastic characters. hooked from page 1. I was reading this with all the lights on. so spooky. highly recommended. 5*. netgalley and black rose writing.
Read more
Report abuse
See all reviews