Sarah's Seduction (Men of August Book 2) and millions of other books are available for Amazon Kindle. Learn more
Share <Embed>
Have one to sell?
Sell on Amazon 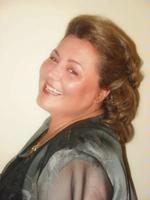 Start reading Sarah's Seduction (Men of August Book 2) on your Kindle in under a minute.

4.5 out of 5 stars
4.5 out of 5
156 global ratings
How are ratings calculated?
To calculate the overall star rating and percentage breakdown by star, we don’t use a simple average. Instead, our system considers things like how recent a review is and if the reviewer bought the item on Amazon. It also analyzes reviews to verify trustworthiness.
Top reviews

wishful
1.0 out of 5 stars Psychologically Unsound In My Opinion
Reviewed in the United States on January 27, 2016
Verified Purchase
I normally head on over to Lora Leigh when I'm in the mood for a sexually explicit read. It definitely is that. Unfortunately, LL tries to also play psychiatrist/psychologist here and it doesn't work. I felt like she was using their trauma and "reaching" for an excuse to have an orgy-fest. For 3 brothers to be forced into sexual abuse with each other for a few months and to come out of such trauma without hating each other is admirable. Being able to express their love for each other as brothers after such abuse by sharing one women they all come to love... that makes sense to me. It should have stopped with Marly or each brother finally finding their ability to forgive and move on with their lives apart after... that would make sense also. The story's psychological development is not sound in my opinion and no, I'm not a psychiatrist or psychologist, but I find it difficult to understand why they must stay when they find their heart's desire. I read romance novels because in my heart I do believe in love so powerful and passionate that it can overcome just about anything. Unfortunately, this book kills that idea. If you're willing to forego all the psychological reasoning these brothers have to do what they do and you're just wanting to read explicit sex... definitely get this book, but for me, the psychological aspects overshadowed the enjoyment of the read. I couldn't even finish it - which is a first for me (okay, maybe a second...)
Read more
2 people found this helpful
Helpful
Report abuse

mike ortiz
3.0 out of 5 stars It said acceptable not damaged.
Reviewed in the United States on March 4, 2013
Verified Purchase
My wife wanted this book because it was part of a series. She has a kindle but wanted the book because she had the other book in her paperbook collection. When we got the package it was packaged very nice which was great. When my wife opened the package she was mortified that book came out front and back side was bent on both sides! This was her first order she ordered from a delivery service. Myself i have ordered many times and had 1 incident where a company who did a very good job to make the problem of a dvd that was 3 months late did everything in their power to fix this problem and for that i would order from that company if the right order came along. My wife is not that kind of person and it upsets me very much when she does that to send something back when something isnt right. Unfortunately the place we ordered from was simply called Books out of Toledo,Ohio. My wife wants this book so bad that she will take the book as is! I hope the next person who orders from this company simply called Books out of Toledo,Ohio treats the next customer with a little better service. Ive gotten material like a Blu-Ray movie ,DVD ,even a Cd cheaper than the 10.00 we spent on this and it came 10 times better than what my wife got today! We will not order again from this company and that is sad that i have to call out a company like this but it took long enough to get the book that my wife doesnt want another book that could take a month or longer to get here! Very sorry to talk about Books like this but i spoke highly of Amazon delivery service and their affiliates but this was very bad and unfortunately cannot be fixed.
Read more
One person found this helpful
Helpful
Report abuse

***SEXY*SIREN***
5.0 out of 5 stars I love this series even though its really sad
Reviewed in the United States on November 8, 2016
Verified Purchase
Huge fan of Lora Leigh!!! I love this series even though its really sad. I feel for the brothers because of there horrible past. Sexual abuse is very real and still going on. The brother's have a very unconventional way of dealing with the past. They share the women who hold there heart and there's no going around it. Its a must with the brother's. They need the connection with each other. Read the first book to the last. I haven't read anything like this but I gave it a shot because I LOVE anything with my girls name on it!!! This ***SEXY*SIREN*** is a Lora Leigh Fan4Life!!! The BREED series is my FAVORITE!!! I LOVE U JONAS...U SEXY BEAST!!! "Lions Heat"... Mmm hmm
Read more
Helpful
Report abuse

Kelly
5.0 out of 5 stars Sarah's Seduction
Reviewed in the United States on January 18, 2009
Verified Purchase
Sarah Tate had wanted Brock August for years. He was always the star in her fantasies, but the one time she could have had him at the innocent age of eighteen, she had been frightened, and ran from him. She knew he shared women with his brothers, and didn't think she could do it. A week after that incident, she made the biggest mistake of her life by marrying a man she didn't love, and paid dearly for it. After six years, when she was finally free again, Brock was waiting in the wings determined to claim her. She should have been his all along, and he was tired of waiting.

Sarah and Brock could not deny what was between them, but she was terrified because she knew he would eventually ask the unthinkable of her. He would ask her to let his brothers claim her too, and that terrified her. Brock could not live without her, and when she was adamant about only being with him, he granted her wish spending his time at her home instead of the ranch he loved so much. When Sarah was attacked by an old enemy of the brothers, they insisted she stay with them, so they could protect her.

This is a great second book in the series! Sarah is strong and sassy, but loves Brock to distraction. She was uncomfortable with the sharing between Cade, Brock, and Sam even after she knew the circumstances behind it. As we are let in on more of the horrific events that led the brothers on their current path, an understanding of what motivates them emerges. Marly was heavily involved also, and has evolved a lot since the last book. She was such an immature child in the first book, but a strength and courage are revealed in this second installment. She is growing into the woman that these men come to depend on more and more. Seeing Sarah and Marly develop a relationship and friendship is important to this complicated family.

Kindle Customer
1.0 out of 5 stars Disappointed
Reviewed in the United Kingdom on January 5, 2016
Verified Purchase
I ordered this book with sheer curiosity about how this story would be handled. I found myself feeling annoyed at how spineless these women really were. The men treated the women like their own personal sex toys and did not depict any kind of a love story .I will not be reading the other books as will only fuel my anger .
Read more
Report abuse

joey
5.0 out of 5 stars the men of August
Reviewed in the United Kingdom on April 15, 2013
Verified Purchase
if you have read the nauti boys series and remember that the makays grandfather Joe August had another family, this is his other grandsons. if you enjoyed that series you will love the men of August.
Read more
One person found this helpful
Report abuse

Susan
5.0 out of 5 stars Kindle Kittens
Reviewed in the United Kingdom on November 16, 2013
Verified Purchase
Great follow on from the first just won't to get on with the third and find out who the stalker is with lots of sex in between ha ha
Read more
Report abuse