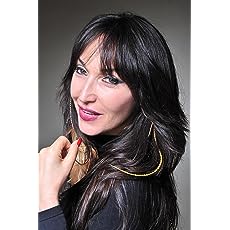 Dr. Saray Gelb has PhD in psychology and working as a senior lecturer and a guide for parenthood and relationships at the Adler Institute. She also has a private practice for family counseling. In the past, she operated as a field agent in a covert unit in Israel. Upon her discharge, she founded one of Israel's leading private investigation agencies and her firm solved countless affairs that received a wide coverage.
From her early childhood days, she chose dancing as an expression of her inner spirit and been performing on stages around the world for the past 30 years. She won three international dance competitions.
Saray volunteers in orphanages around the world where she guides children to tap through dancing into their inner power. Among other things, she spent a month in an orphanage in Goa, India, where she danced with girls who were sold to prostitution and saved.
She currently dances with IDF disabled veterans who are confined to wheelchairs and performs with them around the world as part of their rehabilitation.
For years, she worked in a mental hospital, as a dance therapist in the locked ward for women as well as in the youth ward.
Read more 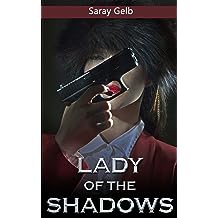 Based on the true story of the lady of the shadows

Jordan is an intelligence and covert operations agent. She is a beautiful and sensual woman in a world of macho men. Carrying with her the experience of an army commander, she becomes a sophisticated spy. She enrolls in obscure missions behind enemy lines and recruits the dancing skills that accompany her since childhood in order to infiltrate an exclusive men's club in a hostile country.

After her discharge from the unit, she continues with missions of espionage and surveillance as a private investigator, "a shadow woman".

Between the more recognized "shadow government" to "shadow war" there is a world of concealed shadow people. The shadow people secretly gather intelligence through observation and surveillance in the covert intelligence world.

In the spiritual world, the shadow people are God's followers who walk in his shadow.

In the psychological aspect, these people accompany the individual in life's crises and upheavals.

All of these together are embodied in book "The Lady of the Shadows" and its heroine who went through all the stages, from an intelligence agent through a private investigator, a student and a teacher in the mystical world until she became a PhD in psychology and an Adlerian lecturer. She chose to help people while she herself remained in the shadows.

After reading this book, you would not walk through shadow zones.

˃˃˃ A wild and liberating femininity

Betrayals, dancing in foreign territory, pain and growth, are all leading the reader in a suspenseful and exciting experience that contains insights about love, hate and revenge.

This is a book about a wild and liberating femininity and a sensual and passionate woman in a world dominant by males. Reality and imagination are fused together inseparably and concoct a sweeping and moving story.